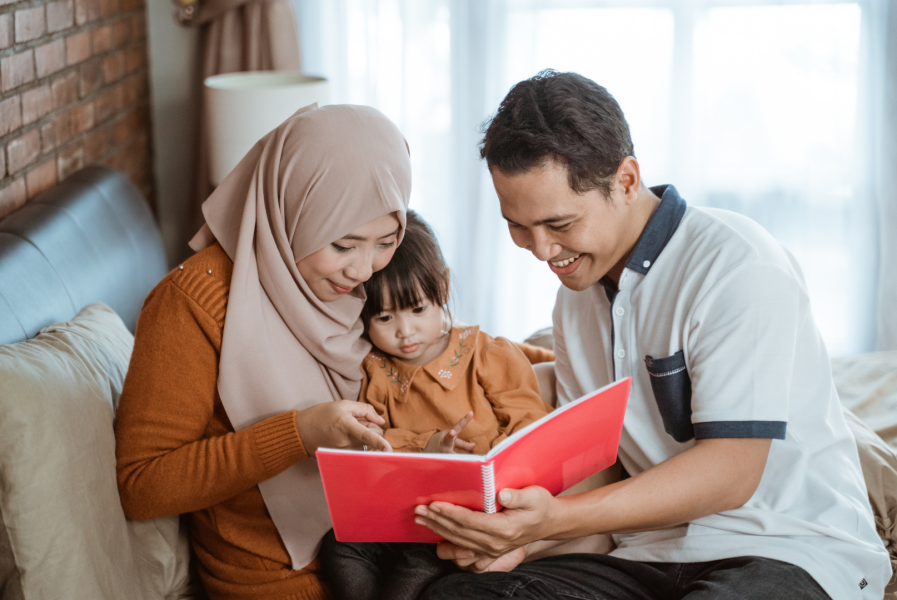 Once upon a time …

…there was a little girl who grew up in a quiet suburb in Canada. She loved to fly her kite in the park and play with the neighbourhood kids. This little girl also loved to read storybooks before bedtime. Her bookshelf was full of fun stories and exciting adventures. Stories like The Polar Express, The Paper Bag Princess, Love You Forever, The Magic Hill, Winnie-the-Pooh, ….

And as her dad turned the pages, she could imagine herself going on exciting adventures to the North Pole. Or maybe facing a fire-breathing dragon, or befriending a talking bear in the woods. It was easy for her to picture herself in these stories because she looked like the main characters. In other words: white skin, fair hair, light-colored eyes.  However, her neighbourhood friends, who were from countries like Afghanistan and Vietnam, were not seeing characters like themselves go on magical trips in far away kingdoms.

This little girl grew up in a space where she felt seen, heard, and affirmed. She was born with a set of recessive genes, passed down from European ancestors. This resulted in a privileged and relatively barrier-free life in the Western world. As she grew up, she realized that discrimination, hurt, and injustice were happening around the world because of innate physical characteristics that a person has no control over.

And so she studied differences and discrimination for years. Over time she realized that unfair and inaccurate representations, from children’s storybooks to tv shows, movies, novels, or history lessons, all contribute to that discrimination, hurt, and injustice. Twenty-five years later, this little girl is the founder of Xenolearn, a virtual learning hub for diversity, equity, and inclusion.

Learning About Stereotypes in Storybooks

Together, Xenolearn and Delft MaMa are offering a workshop to parents who want to be mindful of the characters, representations, and messages their children are internalizing when they read storybooks.

Spotting Stereotypes in Storybooks teaches parents how to recognize racist, stereotypical, or negative representations in children’s books. The workshop is free and runs for 1.5 hours. It invites parents to participate in an interactive lesson, filled with reflection exercises and group discussions. For instance, parents will practice identifying problematic stereotypes in children’s books. Further, they will practice talking about both negative and positive representations. Parents will also learn how to balance diverse stories and affirming stories. The workshop will leave parents feeling confident and equipped with the right tools. That is, tools to share positive and affirming representations of Black, Indigenous and People of Colour communities during story time.

Study Shows That Children Internalize Biases As Early As 6 Months

If you are not yet convinced, then here is a revealing fact to consider while you’re still deciding. Bias and systemic racism become internalized as early as six months of age. Studies show that at six months, babies begin to differentiate between races and develop biases towards their own race (Dr. Kang Lee, 2017). However, this process can be disrupted by early and consistent exposure to people of different races. Reading diverse, inclusive, and representative stories is one way you can help disrupt the process of internalizing harmful and racist stereotypes from a young age.

Sign Up for the Spotting Stereotypes in Storybooks Workshop!

Let’s raise a generation of children who believe that they can do anything they set their minds to AND dismantle the systems of racism that present barriers to Black, Indigenous and People of Colour communities.  See you at the free Spotting Stereotypes in Storybooks workshop on Wednesday, May 19th, from 20:00 – 21:00. Sign up here.

Photo Credit: All Photos from Canva.com

Claire is the Founder of Xenolearn, a virtual learning hub for diversity. Xenolearn teaches diversity, inclusion, and the value of human differences by curating resources, organizing book clubs, recording a podcast (The Xenolearn Podcast), coaching families, and teaching classes. Go to Xenolearn.com to learn more.

She is the creator and instructor of the course Becoming a More Inclusive Family: A Toolkit for Appreciating Seen and Unseen Differences, on the Humble Teacher Platform.