Delft Mama of the week: Natali 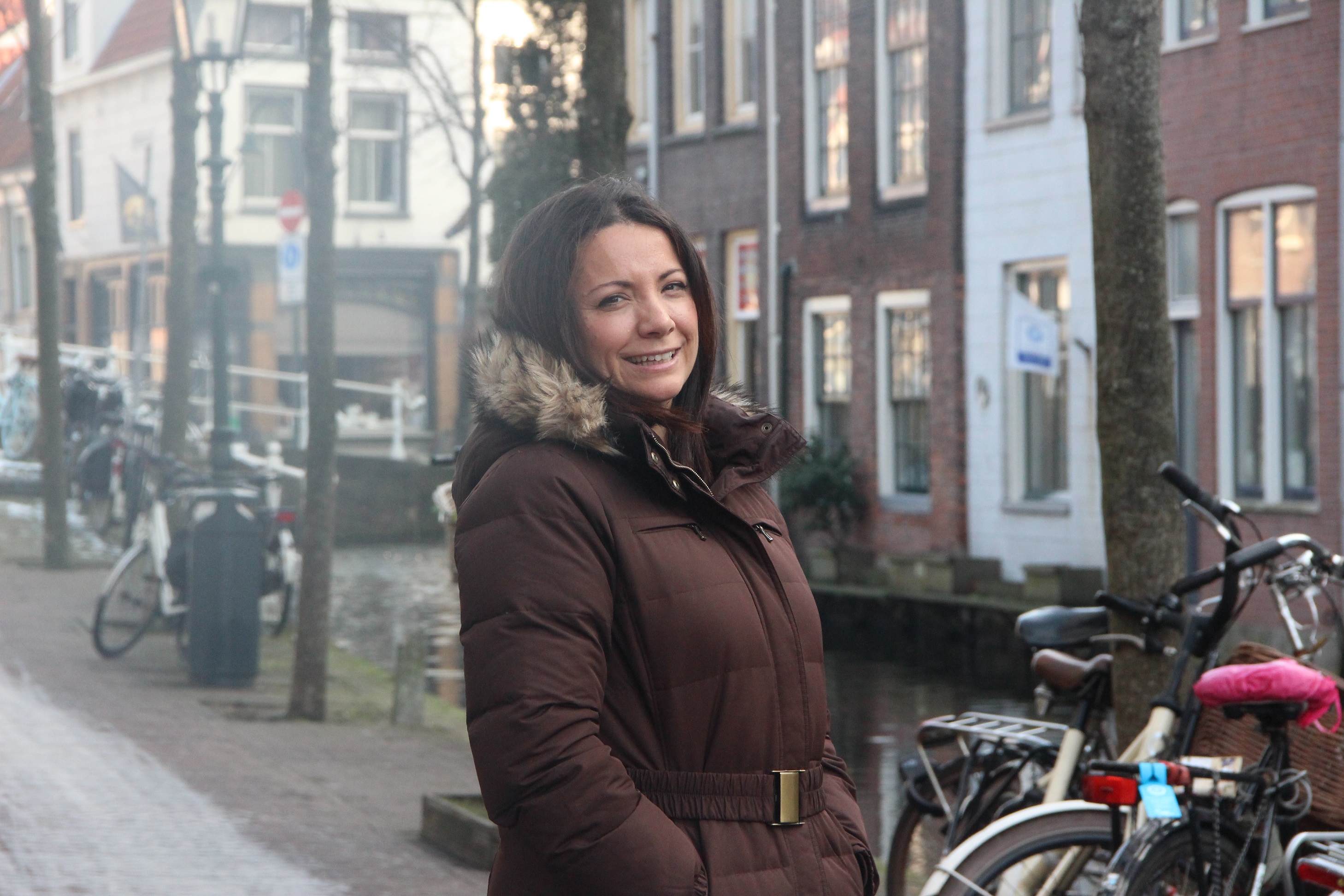 I’m meeting our mom of the week at café Kek in the center of Delft. I’m early, but she’s already sitting by the table working. Behind her there are frames with cool drawings, including one with a feather.

Feather seems to be a reoccurring thing for our mom of the week, Natali. It’s also on the cover of her book, The Path Keeper, that came out recently. When I ask about the meaning of the feather, she smiles and says I need to read her book to figure out. After her first novel came out, she has already been compared to no other than George R. R. Martin. Natali has a book deal in her pocket for two more books, coming out in February 2018 and 2019.

Natali was born in London, but grew up in Barcelona until her 7th year when she returned to London with her mother. As a daughter to an English teacher and a Catalan graphic designer, language and art have always been steadily present in her life. Mirroring to her background Natali has had a great career in marketing and publishing, working for publications such as Cosmopolitan Magazine and Harpers & Queen (now known as Harper’s Bazaar).

Before settling down, Natali spent 14 months backpacking on her own. During this trip she met her English husband, Peter. Isabelle (8) was born in London, but Peter’s work took the family to the province of Malaga in Spain and the second daughter of the family, Olivia (6), soon followed. “I went from being a London girl having a really cool job to a relaxed mom in Spain,” Natali says and tells me that’s when she got into writing. No family and friends to balance the plate, yet raising two small daughters she had to find a way to work around it. Natali set up her own freelance marketing company, got extremely involved with the local wedding industry and worked in the lifestyle sector. “It was a really good fun, but then my husband got a job in the Netherlands, the children were getting into the age where as much as we love the beach, they needed more culture and diversity,” Natali explains their reasons for moving to Delft.

Before setting a foot on the Dutch soil for the next three years, Natali had already joined the Delft MaMa community. She deliberately looked for it, because she’s the founder of a similar mom group for English speaking expats in Costa del Sol, and figured there must be one in Delft too. Joining the parenting community before arriving was important as it gave Natali and her family a chance to establish friends and contacts before arriving.

Sharing her experiences to empower the mothers around her has been really important for our mom of the week. “For the last few years I have wanted to do a workshop called “moms with ambition” for women who are in that transitionary state of motherhood, having been somebody, being a mom, wanting to go back to who they are, were, but struggling, because they aren’t the same person anymore.” She sees the huge potential to do cool projects with like-minded Delft Mamas and has already been planning some workshops.

Her book is written for young adults, but many of her readers are over their 30’s. Natali points out something that many of us might not have realized before: “Empowering mothers and empowering teenage girls is very similar. We’re hormonal, making that transition, trying to discover or find themselves.” During her book tour she has visited schools and talked to a lot of teenage girls. Even if Natali can make one child think they can do it because of her encouraging words and outstanding example, it’s all that matters to her.

Since Natali was little, she has always been writing stories and drawing pictures. She filled a notebook after another during her nomad years, but only when she moved to Spain she tapped into something she had always loved and she got serious about writing. “You don’t realize you’ve always been something until you start doing it professionally”, Natali says. During her years in Spain she co-founded an online magazine The Glass House Girls that has tens of thousands of followers, she joined a writing class and started writing her book. “I never really lacked confidence. I always felt you should be allowed to do what you want to do, which is sometimes difficult as a mom. Going on the writing class enriched me. My teacher gave me a lot of feedback and told me I could write,” Natali explains. She surrounded herself with other writers and after years of writing, she finished her book. That’s when the work started. “When you’ve been three years writing something, getting a publishing deal feels like the end, but it’s actually the beginning. You then have to be very patient, because it’s a very slow process,” she states.

Although Natali doesn’t write like most people, she has come to realize the style doesn’t matter as long as what you have in the end works. She processes absolutely every aspect of her story in her head before simply typing it down. “Don’t worry about doing it right”, she says about her experience and continues saying experimenting is the key, but the most important thing is to have a story that is engaging. “Really open yourself up, pour yourself onto the pages. Don’t be scared or embarrassed about making yourself vulnerable, because you have to and that’s why it’s so difficult to be creative. You’re throwing your heart out and waiting for everyone to give their opinion and they are all different. That’s being an artist,” Natali sums it up with a profound insight.

If you want to meet Natali, she’ll be at the Comic Con in Utrecht 25-26 of March.

The Path Keeper is available on Amazon.com The book contains sex and strong language.