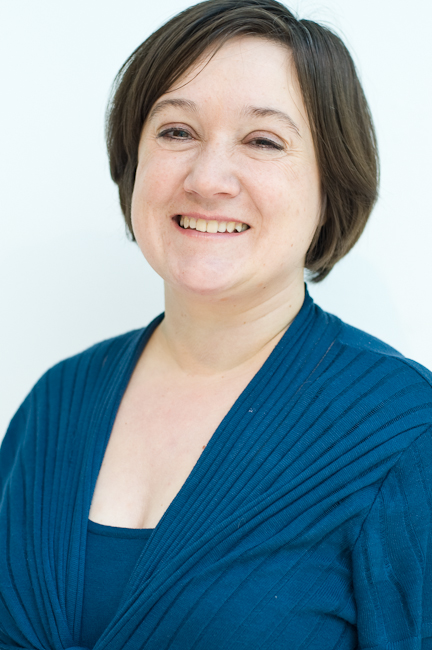 In 2007, Lucie Cunningham set out with an idea to start Delft MaMa. She never imagined the impact it would have on the community and countless lives over the years. We sat down with Lucie, Delft Mama’s founder, to learn more about her personal story, how it all got started and how things have evolved.

How and when did you end up in Delft?

I moved here on January 1st, 2003 because of a job for my husband at TU Delft. He was an assistant professor at that time. We lived in California, and I remember how excited I was about the beauty of Delft. It was funny because a colleague of mine at Stanford University had just read the book “Girl with a Pearl Earring”. She recommended it to me so I read it three months before moving here, even before knowing we would move to Delft. When we got here, at the end of our first week, they were filming some scenes for the movie on the market. It just felt like it was meant to be.

How did your motherhood journey begin?

I was taking classes at TU Delft for Dutch as a second language, and I realized that I was pregnant within three months of moving here. That was a game changer. I planned to learn Dutch, which I did in a very intensive way, and then I started interviewing for jobs. Then I found out I was pregnant and I would get so tired. My belly started showing quite early in the process, so it resulted in no job and just focusing on becoming a mother. We were very excited because it was our first and only pregnancy.

On my street, there was this wonderful woman from Suriname. Her own children were grown and she sort of took me under her wing. When things became more specific about formalities, she helped me read the letters or fill out insurance forms. The midwife gave me a list of things for the kraampakket (maternity packet), and I had no idea how or where to get things. Joyce closed her business for a whole morning, took me to a shop in the Hague and asked them to show me everything on the list to see if I really needed it or not and how much it cost. I remember it was so useful to have someone that I could speak to who knew what it was like to go through pregnancy. She was really there for me.

I could understand Dutch at that time but could not really speak it, and my son was due in December. The midwife asked me about prenatal classes. I never heard about English speaking ones through ACCESS, so I signed up for one in Dutch. There I met other moms who were at the same stage, and it was a really good atmosphere. I was the only foreign one, but they were very kind to me. We started getting together after our babies were born and then we did baby massage and things like that. It was just so nice to be in a group.

Then I finally met some international moms. Their kids were a little bit older, and it was lovely to be in that environment, but some of them had terrible stories about talking to medical professionals and things like that. At that time, a lot of the international moms were going to their home countries to give birth. Even though I had other moms to meet with I still felt there was a lot of misunderstanding and a lot of frustration. The midwives at that time didn’t have a lot of intercultural communication skills so I felt there was a gap. One of my friends found out she was pregnant and had only heard the negative stories. She called me and asked for help, and I was kind of her pregnancy buddy in a way.

It sounds like that influenced your idea to start Delft MaMa. Was there anything else that inspired you?

When my mom passed away, I wanted to do something constructive. I remember writing down a whole page about Delft MaMa a year after her death because I really wanted to do something about motherhood. My mom couldn’t see me very often when I was pregnant, and she only met my child twice. I knew I wasn’t the only one. Becoming a parent makes you reflect on your relationship with your own parents, and sometimes they can’t be part of your pregnancy. There can be a certain sadness. And at that time, Skype wasn’t a thing, and she did not even have an email account.

A lot of things have changed, but at that time having a community around you, like your village, was very important for the mother and the baby. It’s really important to meet people who are going through the same thing or have been there before. There are a lot of phases in the child’s development, there will be ups and downs, but we’re sisters, we can help one another.

How did you get Delft MaMa off the ground?

I knew that it had to be something structural, cultural and positive. I had a stichting in mind, and I made a PowerPoint presentation which I brought to the municipality of Delft and to the center for volunteer work. It was important to know if my ideas were strong enough and I got a big yes from everyone. I got extremely lucky it was a time when the city and Fonds 1818 had a project for citizen’s initiatives. Three days before the contest I was informed that I had to write a short text with 100 words in Dutch to see if I could get practical and financial support for my idea. So, I got my dictionary, and yes, it was a paper dictionary at that time. Even if I could read and speak Dutch, I had never written Dutch. And I did it and submitted it, and it was one of the projects that got selected!

So, what happened next?

For two years I received coaching, and after a year the foundation asked to see the projects. There was an event, and one of the representatives of the foundation came up to me and said they wanted to finance the project. They said it was innovative and culturally interesting, and that I needed to submit a budget and a project plan. I said I had never done that and didn’t know how it’s done. He came back and sat down with me, told me what was important to include, told me how to quantify things and we did it. We got money for two projects our first year. We basically became a nonprofit and recruited some board members, most of them refugees who could speak English well.

Our first information fair was two-thirds in Dutch and one-third in English, and for the first time, it brought together people from youth health care and prenatal and postnatal care. Some people in that field didn’t know each other, so they got to network. Then we had a multicultural baby festival for three weeks at the library, presenting amateur work from people from different cultural backgrounds about their traditions around babies and motherhood.

What was and is your vision for Delft MaMa?

My concept has never been from the child’s perspective because I know that if the parent is not well, it has a lot of consequences for the children and for relationships. For the child to be healthy and strong and confident, you need the whole parental unit to be stable. That’s why we do a lot of wellbeing activities for the moms. If the mother is well, it’s going to be ok. But for that to happen, you need build a community around the mom.

It turns out that what we offer at Delft MaMa is relevant for a lot of people, not just expats. You choose how you want to participate, and we want it to be a safe place. That’s why it’s a closed group, and we moderate. We don’t want to have debates where people attack or mock each other. I was hoping that the mentality would be one of fun, but also seriousness, where you can feel solidarity while embracing universal diversity. I hope that Delft MaMa has an openness about it and I see that more and more people from other cities are also joining in. We are a safe environment, and I hope that we have general information that can benefit people.

With regards to Delft MaMa, what are you most proud of?

I’m really proud that it has impacted mother’s lives and children’s lives. But the one thing that I couldn’t foresee going even deeper is the impact on the Dutch structure in Delft. A few years ago, the youth care system changed. It used to be the responsibility of the national government and then it got assigned to city councils. Delft was actually able to go through that transition in a more seamless way because a group of professionals got inspired by the Delft MaMa information fair. They started a professional network, they were able to come together to communicate about what they were doing, they could find one another, and it brought a lot of partnerships that made the transition a lot more stable than in other cities.

Now it’s wonderful to see the quality of information that everyone shares. It’s just a win-win. I just hope that we are inspiring other groups. Whether you start with five people, ten people, it doesn’t matter. It makes a difference for the families, for their employers. That you know more what to expect or that your child is more prepared. If you come up with constructive ideas and persist, it changes society. It changes on a small scale, a medium scale and then you never know if it has a more significant impact somewhere else. Maybe some of our Delft MaMas start something in the next country they go to. You get the ball rolling, you don’t know how far it will roll, and sometimes it feels like it’s stuck, but just persist. Goodwill takes you a long way!

2 thoughts on “A conversation with Delft MaMa’s founder”

previousChanukah: connecting with my cultural-religious identity
nextOut with the old, in with the new… Welcoming the New Year with Delft MaMa