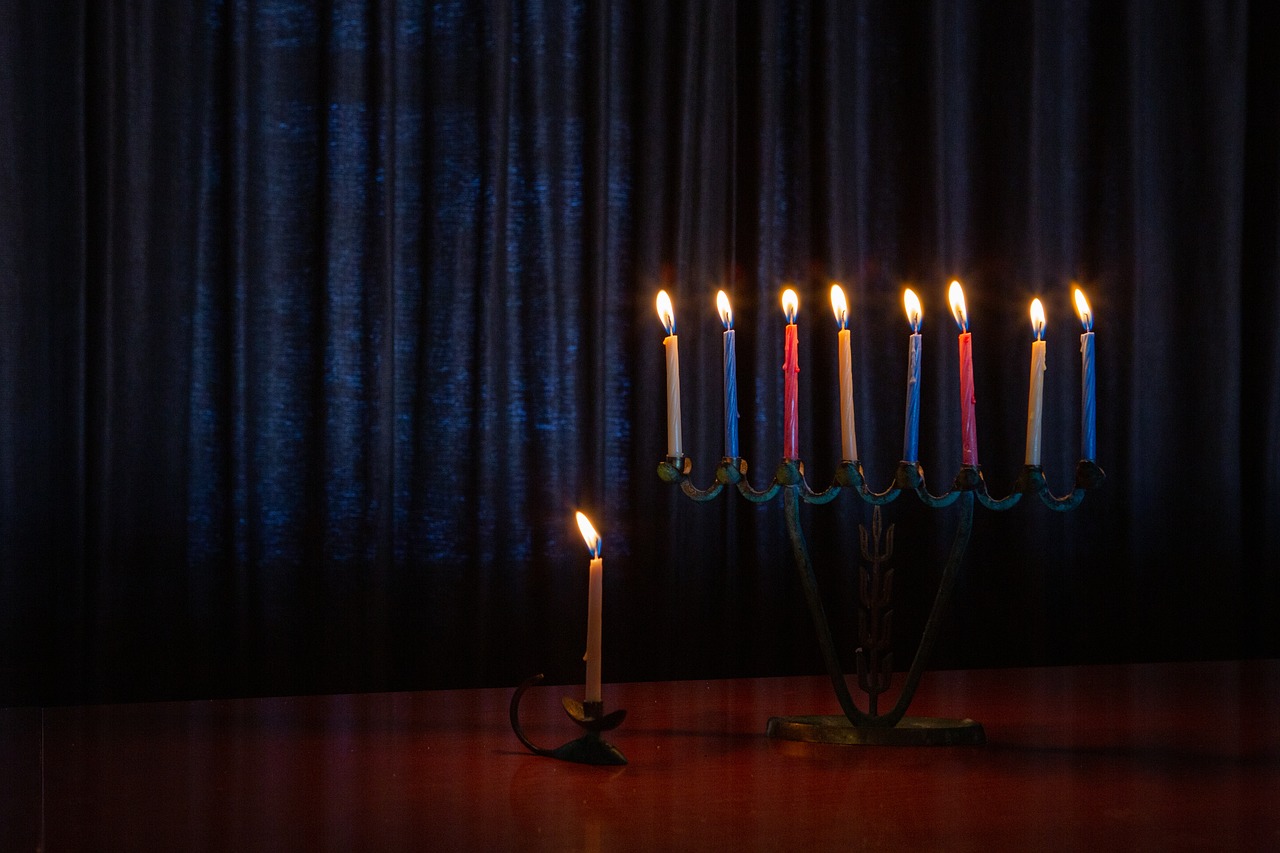 From olive trees to windmills

Growing up in Israel, even without regularly visiting a synagogue, Judaism was all around me. I received the “Tora” (Bible) at school in a symbolic ceremony in grade 2, studied the Bible stories and their various interpretations, and, of course, celebrated all the Jewish holidays, which were also the national holidays. Growing up as a liberal Jew, I got quite upset when Orthodox Jews made me feel I wasn’t a “good Jew,” and controlled my freedom—no civil marriage or no public transport on Shabbat, for example.

Coming to The Netherlands was not a simple decision. It was the country my German-Jewish grandparents and their two young daughters fled to from the Nazis, paying a lot of money for a place to hide and living in fear of deportation and death. But it was also the place where my grandparents established their new life after the war, and where my mother was born (The Hague) and grew up. Years later, my mother would decide to emigrate to Israel, where she’s lived happily ever since. In this strange twist of perspectives, I emigrated to the Netherlands from Israel.

Stripped from my life’s décor, I exchanged citrus trees, olive trees and cactus fruit for grass fields, cows and windmills… At the same time, I enjoyed the religious freedom that the Netherlands offered me, the richness of the cultures around me, the 7 days a week public transport and possibility for civil marriage. At a certain point, however, something was still missing in my life.

Reconnecting to my family’s Jewish heritage

It took my clever husband to take me to the liberal synagogue in The Hague. There, I couldn’t help but think of my grandparents, especially my grandfather, Heinz, who passed away when I was just two years of age. A German antiquarian with excellent language skills, he is still remembered by some of the synagogue congregation. It required adjustments—the melodies of the prayers were different and the spoken language was Dutch—but the heart never lies; I felt a sense of belonging as I reconnected to my family’s Jewish heritage in the Netherlands.

As the kids grew older, they also joined the Orthodox Jewish school on Sundays. I am not Orthodox, but I was pleased to see my children being exposed to other Jewish denominations and not feel alienated. They learned to read in Hebrew, learned Bible stories and celebrated traditional festivals. Finally, some of the familiar scent of home flowed into my growing Dutch-Jewish family. 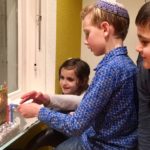 In December, we celebrate Chanukah, the holiday that defeats the long nights with its thin coloured candles and its traditional oily bites. So what’s the story behind Chanukah? Some call it the Festival of Lights, some the Festival of Miracles, and others the Festival of Oil. It’s all true, but for me, Chanukah symbolises, more than anything, the conscious choice to connect and practice your own cultural-religious identity.

Around 168 BCE, the Syrian tyrant Antiochus Epiphanes sent his soldiers to Jerusalem to massacre thousands of people and desecrate the city’s holy Second Temple, which was the holiest place for Jews at that time. Altars and idols were set up for the worship of Greek gods. He also abolished Judaism and outlawed circumcision, Shabbat observance and Jewish festivals. Jews were offered two options: conversion or death.

Some did convert or at least did so to the outside world, while continuing to practice their Jewish traditions in secret. Some Jewish people, however, decided to rebel, lead by Matityahu and his five sons (also called the Maccabees). Eventually they succeeded in driving the Syrians out of Jerusalem and regaining control over the Second Temple.

Matityahu’s son, Judah Maccabbee, called his followers to restore the altar, clean the temple and light its menorah. The gold candelabrum was meant to be kept burning every day. The story goes that even though there was only enough untainted olive oil to keep the menorah’s candles burning for a single day, the flames continued to flicker for eight nights, just enough time to produce a fresh supply. This is the “wonder of Chanukah” that is celebrated yearly by an eight-day light festival, where Jews around the world light a chanukiah for 8 nights.

The chanukiah and your own inner candle 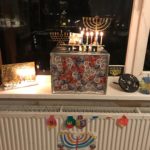 The chanukiah is placed next to the window, to share the light with our neighbours. If you happen to walk in December in the cold, dark evening, and see a chanukiah with burning candles, I hope that it would remind you of your own inner candle, your own cultural identity that shines through to your family and friends. Together, we are a rainbow of colourful candles and our light is here to be shared. 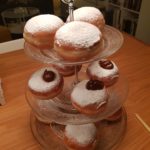 On Chanukah, in order to celebrate the “oil wonder” we traditionally eat deep fried foods, including sufganiot and latkes.

Sufganiot is a caloric bomb of 450 kcal —an outrageous amount for a snack and that is just for the classic recipe! Some modern recipes also include a promiscuous filling of chocolate cream. It is such a health hazard that Litzman, the Israeli Minister of Health (and an Orthodox Jew with a lot of respect for tradition), announced in 2016, that during Channukah the public should refrain from eating sufganiot. It is indescribable, however, the pleasure of having a powdered nose as a result of eating fresh fried dough filled with jam and powdered sugar together with your loved ones. For the lazy Jew like me, just buy a nice bunch of Dutch oliebollen, inject them with strawberry jam and sprinkle with powdered sugar, and voila! Lidl sells also something very similar, called berliners. 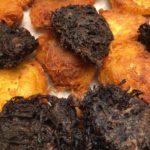 Another traditional treat is the latkes, my family’s favourite, served with sour cream, kwark with garlic and herbs, or applesauce. The following is a classic recipe for potato latkes, but you can also try different vegetables. In the picture to the right are latkes made with potatoes and with purple carrots.

3 thoughts on “Chanukah: connecting with my cultural-religious identity”