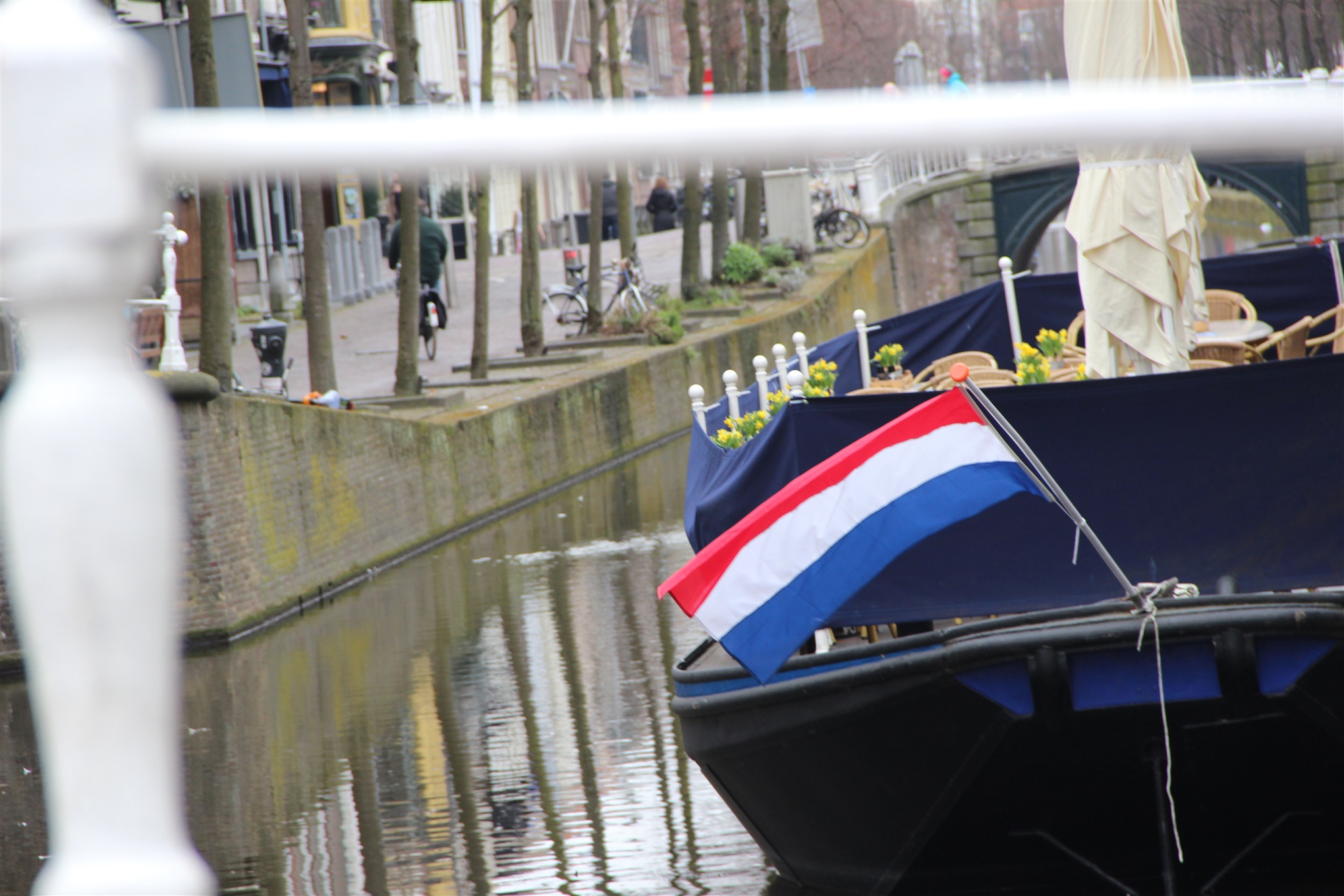 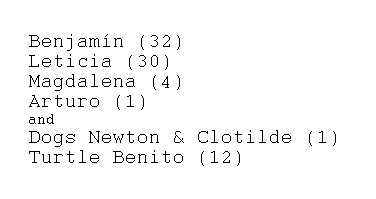 Leticia and Benjamín, moved to Europe after dating for eight months. Their first stop was in France, from where the couple returned to their howetown of Santiago after a year. Little Madgalena was born in Chile in 2012. When Benjamín was accepted to do his masters at the TU Delft, for the second time the family packed up their lives and flew over to Europe, this time around completely unaware of their destination. “We didn’t know much about The Netherlands; it wasn’t a country that we wanted visit or anything, and Delft didn’t exist in our thoughts. After Benjamín was accepted, we saw some pictures, but that was all. We only knew that Dutch people love bikes and cheese, canals and football – the clichés. Of course everything changed when we arrived.” 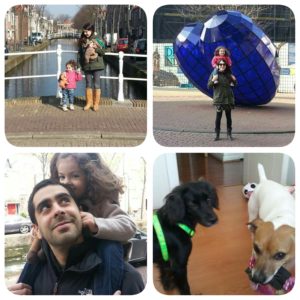 One-way ticket to the Netherlands

The capital city of Chile, Santiago, is home to six million people. It has nearly 61 times the people Delft does, and by the land area Santiago is over 26 times bigger than Delft, making it also much densely populated. It’s no wonder that the size of the city was the first thing the Chilean family fell in love with, calling it accurately “a human scale city”. Fitting in was relatively easy, too, and didn’t require local language skills. “The city was absolutely perfect for us. We loved everything: the culture, the food, the weather and the people. We were lucky enough to meet interesting and diverse people, who made our time there very pleasant and unforgettable.” The couple had a very different relationship to the Dutch language from one another. Leticia didn’t need to use any Dutch during her stay, but instead she got to work on her English skills and felt because of this she could communicate easily with the locals and other internationals. For Benjamín it was a little bit different; he felt that when he was doing his thesis, he lost context or jokes.

Meanwhile, the family of three started to expect a new baby, and little Arturo, named by her loving and talkative big sister, was born only a few months before moving back. 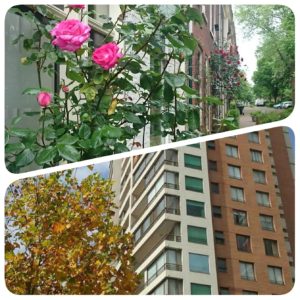 Close to the family’s home in Delft and their new home in Santiago.

The reason for leaving was very straightforward, even if they had learned to love the Netherlands so much that given the chance, they might not have left so hastily. “We stayed for two years. We left Delft, because we had been there with a scholarship. We had a contract with the Chilean State, and we had to go back and stay there for another four years.”

Leticia and Benjamín started to plan ahead about moving back. They managed to sell all of their acquired furniture to friends and online, donate most of their clothes and mail packages containing books collected by Leticia over the years. “We only put in the suitcases the clothes that we needed and kids’ toys. The hardest part was to choose what to leave and what to bring with us.”

In two years of their absence Santiago hadn’t changed much. “For us the city and the country were almost the same when we arrived. That was a little disappointing. We arrived in a moment when there was a spike of smog. Air quality was critical for several months, because of the lack of rains, because of El Niño.” But being back had its perks, too, as the kids got to nurture closer relationships with their extended families. The grandparents were now able to see their grandchildren grow before their very eyes, and Magdalena got to attend a Spanish speaking playgroup. The things that they had missed about Chile, such as local food and the relax attitude (and Pisco!) were once again at their fingertips. 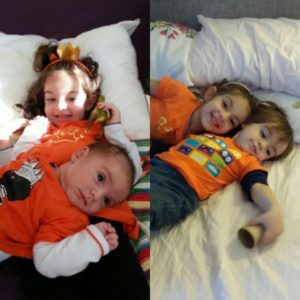 After a year being back to Santiago the couple can see things more clearly. There are things they love about being back, but to balance it there are still a lot that they miss. “We miss the company. This might sounds strange, but in Chile everything is without kids. People invite you always without kids, and in Delft this was different, so we feel more lonely in Santiago.” Benjamín also misses the no-nonsense, straightforward Dutch approach to things, specially in the working environment. The hours spent at work in Chile are much longer, too, and even after a year their vision of future hasn’t changed much. “We want to return to the Netherlands or we want to move to another country on our list. The things that we loved there, are not present here, and Chile needs some time for having the quality of life that the Netherlands has. From the Dutch, the Chileans could learn to celebrate the differences and the good quality of life that old people have in The Netherlands – this in particular was really impressive to us. Chile could also learn about the cycling culture, which was among one of the first things we missed about the Netherlands when we got back. In Chile we are just starting with that.”

Two years in Delft surely changed this family’s life immensely. It did not only expand their family, but also let them become more aware of their own ideas of family life. “The experience changed us: it changed our vision of life, about what’s really important, about what we need to live and be happy. We spent two years abroad without our families. I believe that this was the best experience for us. We grew up. Now we spend more time with our kids and in those two years we defined the kind of family that we want to be.” 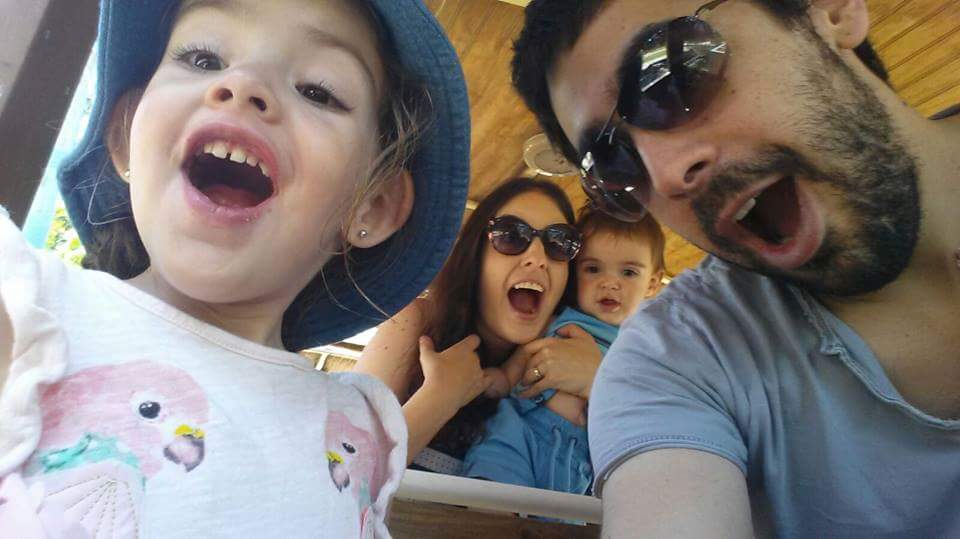