Delft mama of the week: Tarja 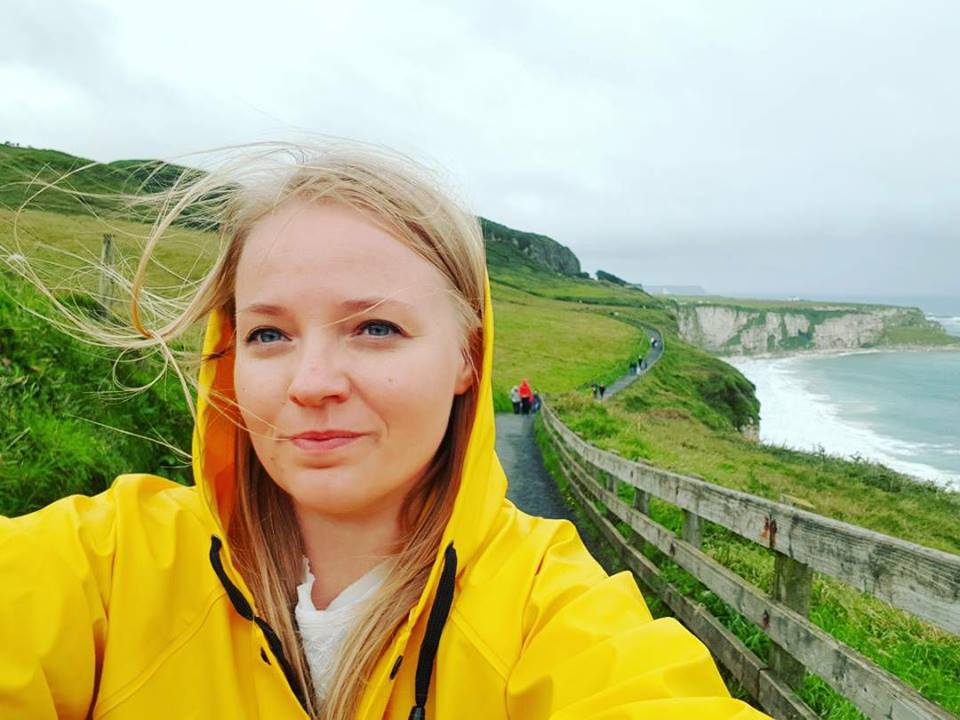 When I first started to write about the Delft moms of the week, to be honest I didn’t have the slightest idea how to interview people, let alone write about the amazing mothers in our community. The first mothers were mere pictures with one or two lines of text running underneath, usually photographed at playgroups or workshops. Gradually, I started asking people more questions and eventually I realized I was doing a mini Delft MaMa version of the world-famous Humans of New York blog that had been online for years.

Most of the mothers I’ve photographed and interviewed are mothers that I’ve known at least by name beforehand. After doing it for a while, I felt it was too much pressure for me to go choosing who to interview, so I simply started asking the mothers to nominate their friends to be moms of the week, which led me to meet yet another round of fantastic women.

I’ve had the pleasure of speaking to mothers from all continents in the world. Those that are mothers of newborns and those with a teenager or two. I’ve listened to life stories from as many perspectives as there were mothers, and each and every one has been open about who they are and how they look at their lives.

And the things that I’ve learned…

Whether it’s mothers, women or people in general, we are all ultimately almost shockingly similar. Surely there are differences that make us individual, but I simply mean I have been able to relate to every single person I’ve been talking to, in one way or another. My simple conclusion is that it does not matter at all where someone comes from: we often have similar struggles, challenges and things we find joy in. Children mean the world to every mother I’ve spoken to, and as much as I’ve aimed to highlight the mother behind the children, the topic often turned onto the children.

Many international mothers in Delft region are at a transition, looking to take the next step, as much as their toddlers. They are often unaware what the next step should be, yet many times they have very clear ideas on where they want to end up. Instinctively we seem to know it’s important to stay in motion, no matter the speed, as long as we keep on moving with an open mind.

Becoming a mother has woken many women to question the ideals of motherhood, the roles of mothers and women in the society and their own dreams and motivations. We start by raising children and end up being raised by our children into better versions of ourselves. For many of our moms only parenthood has taught them what needed to change for the world to be better for their children – or what would make it better for future mothers.

It’s essential for me to say I’ve learned an incredible amount from all the mothers, and I’m grateful for each and every one who agreed to be in the spotlight and allowed me the time to grow as an interviewer and a writer. Whenever I asked mothers to nominate each other, many of the mothers nominated me to write about myself. I always thanked them for their suggestions and replied that I was going to write about myself the moment I was writing the last piece for the Delft MaMa blog as a farewell. Evidently, that is now.

The Dutch-Finnish children, Viola (9), Felix (5), and Jonatan (4) me and my Dutch husband, Emile, are lucky to be the parents of, are all school children at this point. This said, I have less and less chances to get to know newcomers. It’s important to make room for the new moms (and dads!) with fresh perspectives, who are recently discovering the joys and challenges of motherhood in a foreign country.

Luckily for the readers, for a while I haven’t been the only one writing under the title “mom of the week”, as Marie and Agnes joined in on it too, so this is not the end of the series as far as I can tell. It’s simply my time to put the pencil down at this blog. My only regret is that I know dozens of wonderful women that should’ve been in the spotlight. However, this is something many of you can fix by grabbing that pencil and continuing this series.

I’ll leave you with one of my favorite quotes from the people I’ve interviewed: “A lot of our moms are doing something interesting. There is so much potential around us!” Let’s keep on discussing our ideas openly with each other in the future as well!

3 thoughts on “Delft mama of the week: Tarja”