Children & schools in Delft: School options and what to expect

When arriving in Delft not speaking the language, I spent quite some time worrying about schools for the precious ones. My agitation increased tenfold after speaking to other mamas at the playgroup. The conversations were along the lines of, “WHAT? She’s not on the list yet? You might have to move if you want her to get a place at a decent school”. It never occurred to me to enroll my newborn at a school of my choice. Naturally I then proceeded to contact every school in a 20km radius of my home to make appointments or enquire about open days.

It turns out that the waiting lists for some schools are ridiculously out of touch with anything in the realm of reality, with some as long as 6 years!  However, upon further investigation, I found there are really good schools with no waiting lists or at least lists that are in the span of my lifetime, all within the city limits.  It doesn’t matter if you’re a fan of the child-led methods where kids determine their destiny, a stickler for structure and direction or an inbetweener, Delft has it all.

On the Education Inspection website, a regulatory body for the assessment and control of schools, there are 34 primary schools listed in Delft.  The pedagogic principles range from the Mary Poppins school of thought (hard work, discipline, routine) to the more Hogwarts (without the magic) approach (child-led, independent, non-structured). The website has an English page which is helpful to understand the rationale behind the system.  There is a ‘find schools’ option but the search function is only in Dutch with an English explanation of how it should be used.

Depending on your reasons for migrating to Delft and the duration of your stay in the Netherlands, you may choose to keep the kiddos in an English environment. Skipping around in clogs and singing Dutch songs won’t enable their future growth outside of the

Netherlands, except for entertainment value or party tricks. The International School in Delft is an authorized school for the International Baccalaureate Primary Years Programme, which means settling in Delft will be easier since they don’t have to learn a new language. If, like me, you’re in it for the long run and want your kids to integrate into local culture, habits and language, there is a multitude of Dutch schools to choose from, all facilitating clog-skipping and song-singing.

There are 5 pedagogic methods being used in the Dutch schools in Delft at the moment.  Below is a brief explanation on their principles.  If you want more information, Google it.  There is a whole bunch of information readily available. [Note from the editors: we’ve done some work for you! See the short resource list at the end of this article to get you started.] 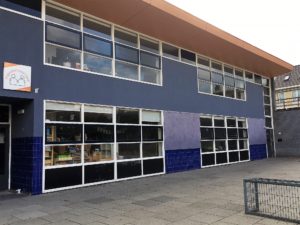 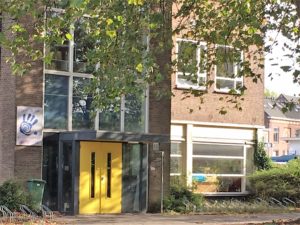 (Based on Anthroposophy, a human oriented spiritual philosophy that reflects and speaks to the basic deep spiritual questions of humanity, to our basic artistic needs, to the need to relate to the world out of a scientific attitude of mind, and to the need to develop a relation to the world in complete freedom and based on completely individual judgments and decisions.) 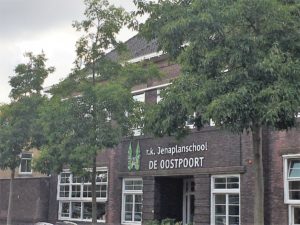 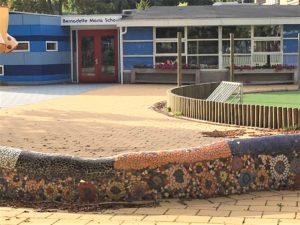 Regular education is the collective term for education that does not address special target groups, such as special and special education. In a regular school there are therefore predominantly children who go through a normal development. These schools might have a religious affinity.

After deciding on the pedagogic method you prefer for your child, the next step is to go and see the schools of your choice and to meet the people. My first call was made with a mental image of a fire-breathing dragon on the end of the line, speaking to me in Dutch and condemning my lack of linguistic ability.  I was pleasantly surprised by polite and friendly people who were more than willing to struggle through a conversation in English.  The appointments were made with little hassle and followed up by email confirmations. I really enjoyed seeing the schools in action and meeting some of the kids and teachers.  Taking your child along is a good idea since they’ll pretty quickly show you how they feel about the place. Some schools have open days to facilitate choices and there is a fair once a year, De Delftse Onderwijs Markt, where all schools in Delft showcase themselves. The exact dates and times are usually advertised in the local papers. 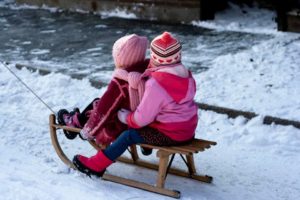 One thing that I didn’t appreciate the full extent of when making a choice was the distance from door to door. In the summer it’s all fun and games getting to school on the bikes or walking, but in the winter, it can be a real challenge if you’re some distance away.  Dragging babies out in the freezing rain to get their siblings to class on time is no fun and can add significant stress to an already frantic time. Although none of the schools have catchment areas (geographical areas served by schools), take a good look at the schools closest to your home. Most schools are close to daycare facilities (kinderopvang) to help (working) parents before, during and after school.  They can pick kids up from school, take them to activities and are open during school term time.

A place in your school of choice will be confirmed with a formal letter inviting the little one to their first day, usually the day after their 4th birthday or in that same week.  Prior to the actual start date, the schools arrange for the newbies to come in and get used to the class and environment (wennen).  Usually it starts off with a couple of mornings and then a full day or two to see how they cope. Depending on the school, parents are sometimes permitted to stay for the first hour if needed.  Some schools are even flexible in the first year of school to have kids for 3 days instead of 5, or a combination of shorter and longer days, since compulsory attendance (legally) only starts when they turn 5 years old.

When your baby puts that little backpack on and runs down the road for the first time you may very well shed a tear or 10.  They grow up exponentially in their first year of school and the baby-ness become kid-ness. It’s a true milestone in their young lives and one that they relish once everyone settles into the routine.

*Pedagogic methods (translated by myself)

*All photos are mine (with the exception of Vrijeschool Widar, the image came from the school website). 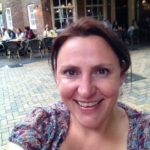 Originally from South Africa, Lynette moved to Delft from New Zealand in 2011.  The majority of her time is spent working in Rotterdam in the Healthcare sector, but she also has 2 young daughters, both in school in Delft. Lynette’s background is varied, including creative and people-related experiences.

Note from the editors:

Want to read more about education in the Netherlands?

To get an overview of the Dutch education system, start with education in the Netherlands from Nuffic: the Dutch organisation for internationalisation in education. (There is also information about bilingual schools at the primary and secondary levels, in Dutch.)

To get an overview of the Dutch education system in an international context, read Education Policy Outlook Highlights: Netherlands published by The Organisation for Economic Co-operation and Development (OECD).

Delft MaMa’s very own Parenting in Delft: School Age has some general information. The link to a list of schools in Delft no longer works. Use the one listed in this article.

Dutch school types: primary and secondary education – a good summary of the different types (based on pedagogy) of schools in the Netherlands.

Education in the Netherlands: A guide to the Dutch education system – also a good comprehensive guide, the article also contains useful information regarding school fees, holidays, and contacts for more information.

Some other good/fun articles to read:

Dutch schools: What to expect when you go “local” – article published in July 2018 on iamexpat.nl

Are you sending your kids to a Dutch school for the first time in September? Read How to deal with being the new parent at a Dutch school, published this month on iamexpat.nl

The Dutch school system for dummies – a guide from one parent to another – article published in March 2017 on Dutchreview.com

See also past DMM blog posts about education and after school activities:

See you at DULI

9 thoughts on “Children & schools in Delft: School options and what to expect”