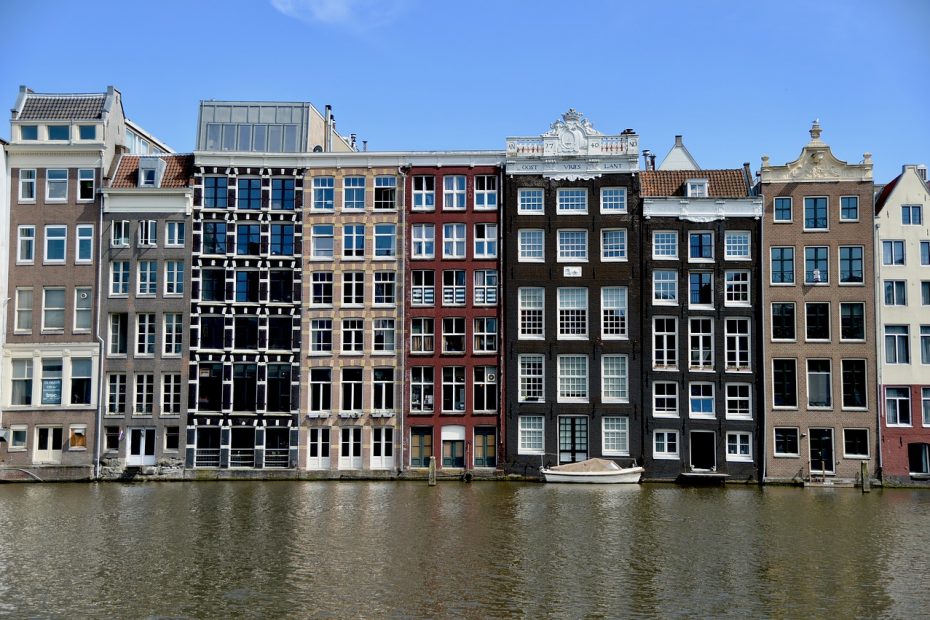 One of the things that drove my attention when I came to live in the Netherlands was architecture.  Quite different from my country, this place seems to reflect identity through the way houses are built. I learned about rijtjeshuis and bovenwoning (I live in one of these!). Architecture shapes a city, but who defines it? What are the stories behind those bricked walls that reproduce once and again? Reading about architecture in the Netherlands, brand-new research caught me. It was about women in Dutch architecture history.

Like in many other disciplines, women’s legacy remains, in general, underestimated. However, they actually had a great role in housing innovations. Women developed their own ideas to improve housing standards. They left their footprint in Dutch architecture, especially for the reconstruction plans after the Second World War. They contributed to creating a better distribution of space into the houses, mostly being part of civil organizations or doing unpaid jobs. More recently in time, women keep shaping the standard Dutch architecture practice, as professional architects.

Women’s voices for the dutch architecture must be heard

Tracking women in Dutch architecture history is not as easy as searching for school graduates or visiting the Dutch national archive of architects and urban planners. It is because, mostly, they are not there.

Margaret Staal-Kropholler is considered the first woman in architecture in the Netherlands, but she never formally graduated. Margaret studied at the “Secondary and Higher Architecture Studies” in Amsterdam between 1914 and 1915. She developed her career in her brother Jacobus’ and her husband Frits Staal’s architectural firm.

Augustine Gratama was one of the few women studying architecture in Delft, in 1919. She got married and quit her studies. However, she had a great influence on housing issues in the post II World War period, in Rotterdam.

Augustine was member of the Dutch Association of Housewives (Nederlandse Vereniging van Huisvrouwen, NVVH) founded in 1912. She participated in a pioneer post-war survey in 1947, to collect the opinion of housewives about the city reconstruction plan. According to that poll, women complained about governmental decision-making in reconstruction policies. They believed that housewives were the most important stakeholder for housing. Their opinions should matter. Augustine gave active participation in this civil organization and helped improve housing standards. She had her own chapter in Dutch architecture, even when her job remained hidden.

Another important woman in Dutch architecture is Lotte Stam-Beese. She worked in the Rotterdam planning department between 1946 and 1968. At that time, women were explicitly dumped from paid jobs in order to employ returning soldiers (from the second World War).

Even in hard times, women created organizations such as the Women Advisory Committee (VAC). Through it, they make professional but unpaid contributions to the architecture field. In Rotterdam, VAC advised on social housing, focused on domestic work performed by women and the needs of working-class women.

Those women gave freely their time to conciliate architecture and domestic life. For example, they gave suggestions on storage spaces, closets, or integrated kitchens for housing projects.

Since the last quarter of the 20th century, women in architecture developed their careers in a professional manner. Luzia Curjel was one of them. She designed the “alternative 3- or 4-room-apartment”. This design aimed to enable multiple uses and fitted into the subsidized social housing standards. In the early 1990s, many buildings in Almere and Apeldoorn included this design.

Another brick in the wall?

Since the last decades of the 20th century, neoliberalism and self-building have dominated the way in which cities grow. Women still stand to develop housing design with a particular approach.

Nowadays, women are professional architects and work in their own architecture firms. They keep working together in organizations and networks discussing housing, new construction, and renovation projects. The legacy of the women’s movement in Dutch architecture remains alive. The problems regarding the space, housing style, quality and comfort are still relevant today, as once investigated in Delft MaMa’s housing poll (2019). Even until now, Dutch architecture is truly a women’s matter!

This article was written based on the scientific work: Pioneers in Dutch architecture. The role of women in post-war housing innovations in the Netherlands. Authors: Lidewij Tummers (University of Twente. The Netherlands) and María Novas Ferradás (TU Delft, The Netherlands). The pictures are part of the research publication.

Josefina is from Argentina ad moved into The Netherlands last year. She works as a scientific writer and has worked as a producer for TV broadcasts, documentary films, and podcasts. Josefina is a Ph.D. Anthropology student, focusing on visual anthropology. She enjoys going everywhere by bike, yoga, and sunshine.