Delft Mama of the week: Karen 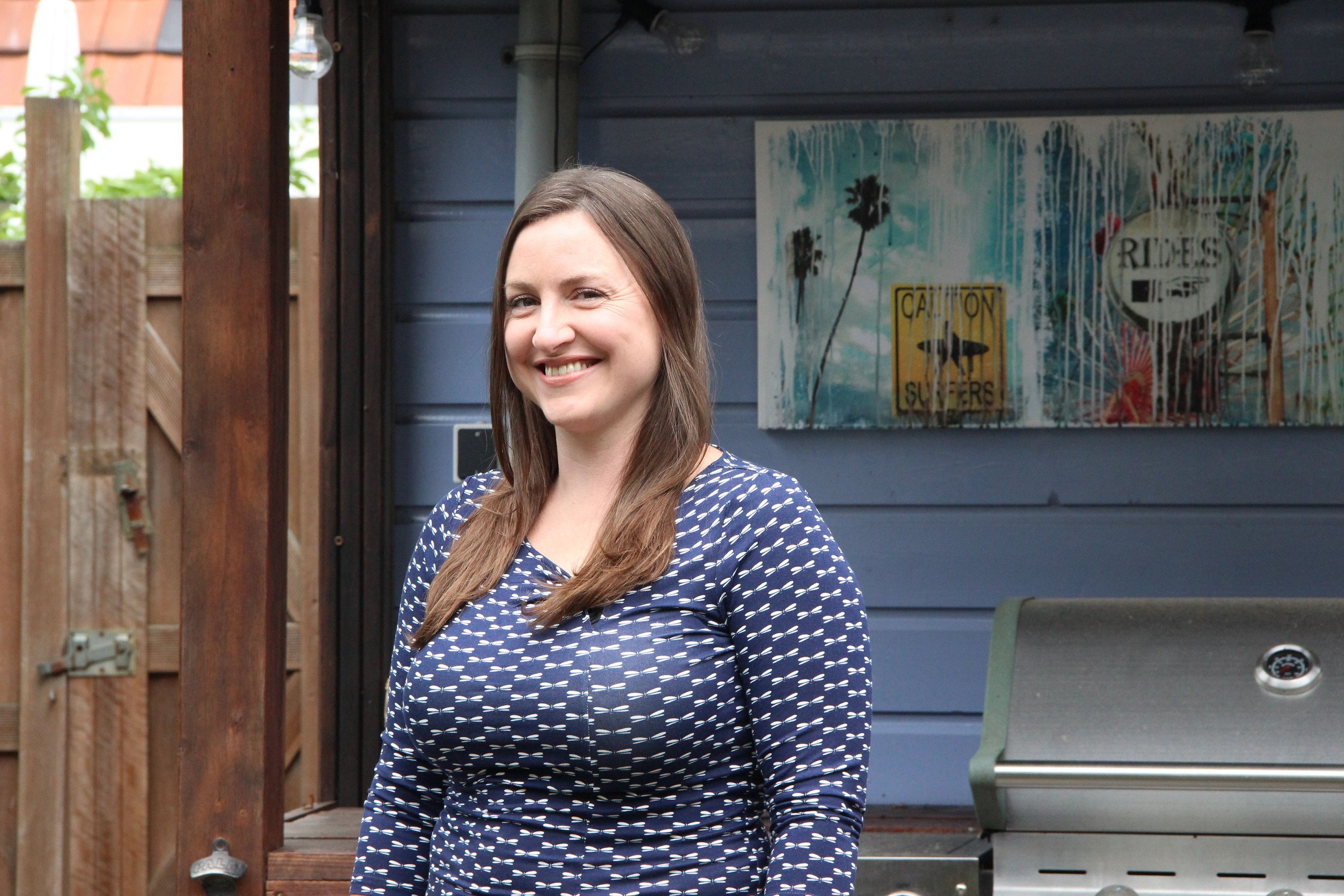 Born in the States and raised in California, our mom of the week, Karen, is a mother of a nearly 4-year-old Isabelle and a wife to Dutch Michel. To reduce paperwork and for the feeling of security, Karen has a dual citizenship after becoming Dutch last year. “I don’t feel any different though. I have a new passport now and luckily I didn’t have to give up my American passport. I’m Dutch these days, but it feels like it’s just on paper; it doesn’t seem real. It feels like no one’s ever going to consider me Dutch and I’m okay with that. If I get to the point that I speak Dutch 24/7, people might consider me Dutch, but at the same time I don’t think that’ll ever happen. I need to hold onto that little bit of me that comes with the language. It’s so important. Your language is a part of who you are. I speak Dutch everywhere I go, except at home.”

Having lived in the Netherlands for 7,5 years, Karen feels assimilated to the Dutch culture, but there are things she still misses from the US. “I miss the food. It’s all comfort food in America, but that’s not stuff you can eat every day. Here the quality of everyday food is better and much more affordable. It used to drive me crazy when I first moved here that I would have to go five different stores to get what I need. It took me a couple of years and now I absolutely love it; it’s my favorite thing now! I used to think I would never adopt the Dutch food culture. As I get older, I’m leaning towards food I’m familiar with, but also food that has better quality, and during the last several years the Dutch have improved their variety. Every year we’re seeing more and more food trucks and food festivals, it’s exciting! I used to think I’d never adapt, but both me and the culture has adapted. I always thought it would be really fun to open a proper American diner, because I feel people would really enjoy it. It’s a dream, who knows, maybe some day. I’ve seen Dutch restaurants that call themselves Classic American Diners, but they have the same things on the menu: cheeseburgers and spare ribs. I’d serve classic big breakfasts with pancakes, hash browns, eggs and bacon. For lunch I’d serve patty melts: sourdough bread with beef patties, melted cheese and caramelized onions; bacon cheeseburgers with real meat. Tuna melts, big beautiful cobb salads with herby ranch dressing. Classic salads. Dinners would be meatloaf, a big pile of mashed potatoes, sliced turkey with stuffing, fried chicken, macaroni and cheese, comfort food. I’d love that!”

Karen joined Delft MaMa somewhere at the end of 2013 – begin 2014. She used to open and close every playgroup from May to December in 2015, but eventually got a job and couldn’t do it anymore. These days Karen runs the DMM Pinterest page with her friend, is a part of the team working for the Delft MaMa Newsletter and she helps coordinate and organize events, such as the Halloween party and the yearly BBQ in Delftse Hout. You could say she’s thoroughly involved, but there used to be a time when she found the idea of having to walk through the doors of the playgroup intimidating. “I knew about Delft MaMa for a long time before I joined. People are always surprised when I tell them I’m shy. Getting me to walk in the door was the hardest part and I thought about it for months. I had my doubts, until I finally just walked into the door and I realized instantly these are some really nice people here. Before my daughter was born I spent several years here sort of lonely. I had a couple of friends. That was the time I got homesick a lot more often. Something happened in the next few years that made me really feel that this is my home now, this is where I want to be and this is where I’m happy. I was trying to think what it is that changed, other than the birth of my daughter. I had my daughter for a year and a half by the time I joined Delft MaMa. The biggest difference is the community that I have now that I didn’t have for so long. Now that I think about it, it almost makes me tear up. I didn’t realize how lonely I was. Now I have this wonderful, amazing group of people that I love spending time with, that I just LOVE. And it’s not just the friends, it’s also the feeling like you’re contributing to something. It made me feel like I was doing more that just something in the home. Delft MaMa did that for me.”

The next Mom of the week will be published on the 15th of July.

3 thoughts on “Delft Mama of the week: Karen”