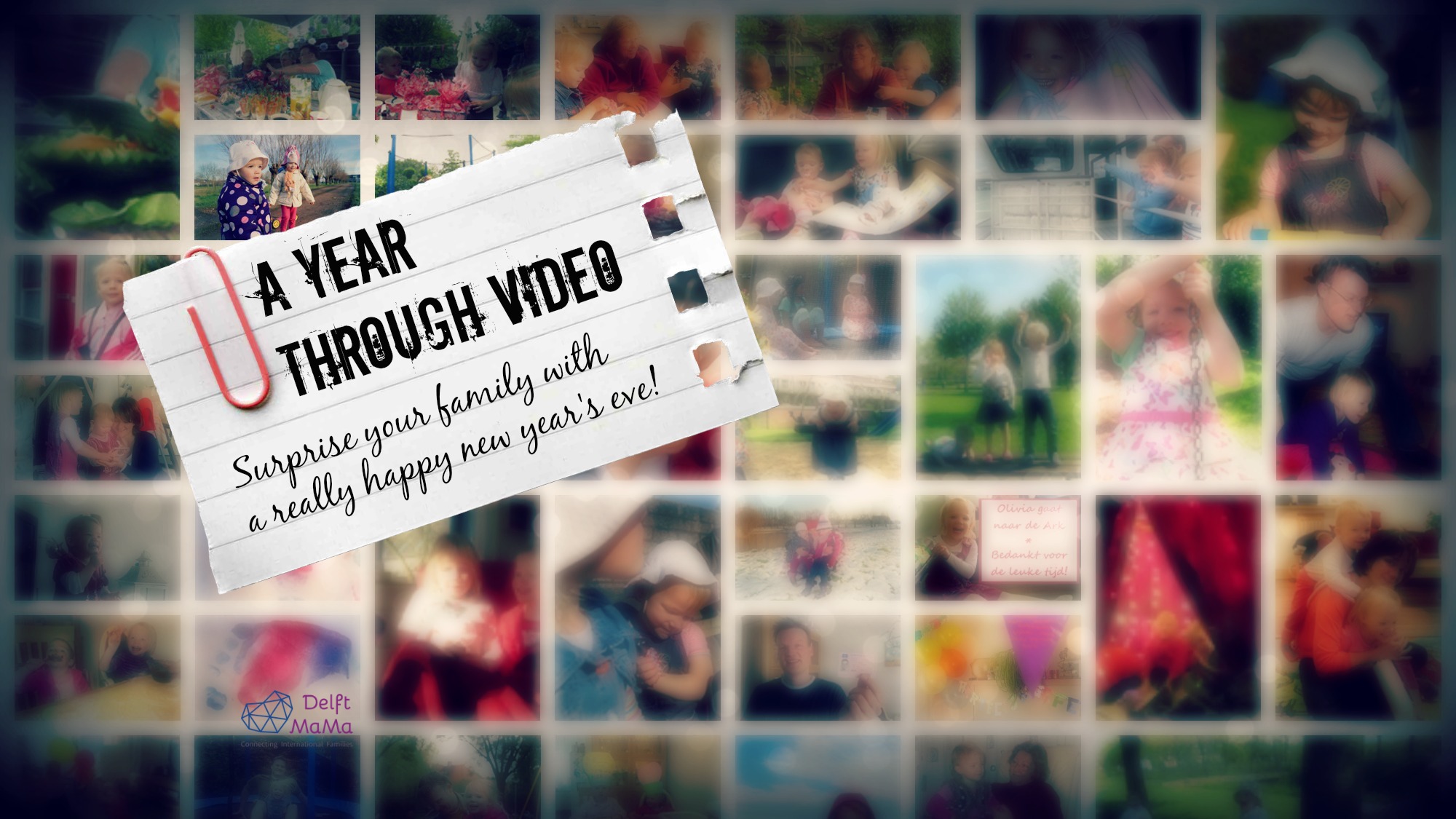 Can you believe it’s Christmas this weekend? Again. Right?

All the Christmas preparations are coming together in our house, and that reminds me: we’ve a digital goodie that became a new tradition. A couple of years back the New Year’s Eve was a bit different from ‘just’ dressing up, decorating the house, eating the ‘usual’ salty Hungarian cookies, playing board games and drinking champagne.

What set it apart was that we would also watch a “year video”, to see what happened to us that year (nota bene: only that made it to be filmed). Now it’s a tradition, no way out of it. 😉

The year video was a huge success. We were all remembering stories, little details, fun adventures. Some things didn’t make into a small video during the year,  so they came to light now. Suddenly we had long conversations bloom with parents, children, siblings alike.

Living far away from one’s family has the effect that your lives develop in (unexpectedly) different directions. The little things in our daily lives go unmentioned, however strong our connections are through Skype and such. The video really helped to spark that connection again.

I got another surprise: grandparents wanted to watch the video again, although for me it felt long. And they wanted to do so right away! Wow, talk about a great audience! 🙂

I say long, because we are not used to watching anything longer than three minutes on the web (actually, most people spend 1:30 minutes, and click away) – unless it’s super-interesting or hilarious. I compare that kind of watching with watching home videos, because of their long history being generally torture to watch. That is: too much zooming, panning, too little action and too much waiting for that aforementioned little action.

The point is, the year video was more than 15 minutes, and it was a success nevertheless. I was a bit nervous about it, but I got shushed, when I tried to apologize for the length of it.

No one minded the 15 minutes length, because it was personal for everyone in the room.

And for those who were not in the room, for the other side of the family far-far away it was also a delight. They were too very happy to see how the kids were growing and what happened to the house in the time they could not see it for themselves.

Although I could scare you off with an (otherwise wonderful and super thorough) article at Videomaker… just have yourself a two-three hour window in the next couple of nights (I know I’m asking a lot from you!), ie. let someone else cook/shop/bake for a change.

This list is of course not going into details, you know I can’t hold your hands through the process. For that, check that Videomaker article, it is great. Still, give it a shot, it’s really not that hard. And if you feel like it’s overwhelming, just start early next year – you can’t go wrong with it. You’ll always wish you would have done it, so give it a go. Let me know in the comments how is the process going, and in the end how did the audience cheer!