Interview with Andrea: the transition to Dutch Middelbare School 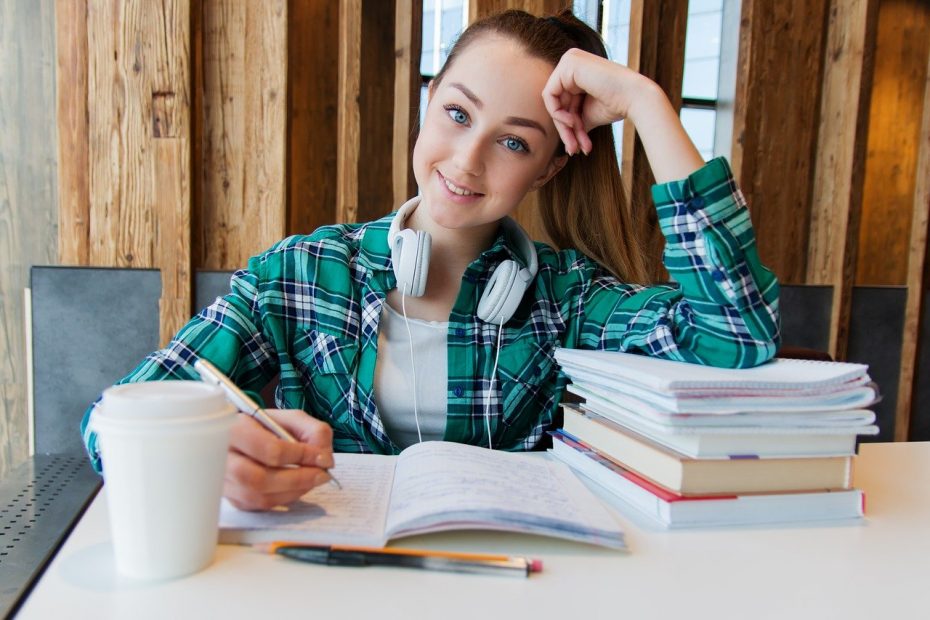 The transition from Dutch basisschool (primary school) to middelbare (secondary) school is a big milestone for kids. It’s good for parents to be aware of what to expect during this process.  Andrea, whose daughter is now in middelbare school tells us about her family’s experience.

Yildiz:  Hello Andrea. Thank you for talking with me about you and your daughter’s experience with transitioning to Dutch middelbare school. When did you move to the Netherlands?

Andrea:  We moved from Germany to Delft in 2006.  Later, we moved to Ypenburg. I joined Delft MaMa in its early days and made a lot of friends.  Now that my daughter is older, I am less active in the community. I work as a self-employed sewing teacher.

Yildiz:  Let’s talk about the early years at school. How was it for you and your daughter?

Andrea:  First, my daughter went to daycare twice a week since she was 9 months old. We speak German at home, so this gave her the opportunity to learn and speak Dutch by the time she started primary school.

Our basisschool in Ypenburg (RKBS De Bras) offers contemporary adaptive education, where children often decide for themselves what they want to learn. There are no old-fashioned school classes; the children are divided into family groups, in which different age groups sit together. In the morning, they work on the basic skills of language and mathematics. In the afternoon, the children choose their own activities as far as possible based on intrinsic motivation. The kids learn to work independently, to be responsible for their own work.

Yildiz:  That sounds very positive. It’s interesting that there were no CITO exams given in the basisschool. When did you start thinking about the transition to middelbare school?

Andrea: Groep (school year group) 7 and 8 are critical years. Kids are guided by their teachers and encouraged to visit different middelbare schools on ‘open dagen’ (open days). That’s what we did. These visits are very useful.  At our basisschool there was an information evening for groep 8; however, we did not wait for that. We arranged visits on our own already in group 7, not waiting until the last minute. This way we had the chance to visit more schools. You can only schedule a couple of them on the same day.

Yildiz:  I can imagine that there are many options. How do children know which school type to look for? Is it related to their interest areas?

Andrea: The key factor is the school ‘advies’ (recommendation) recommended by the teacher for the next year.  The advies is based on the performances, skills and grades of the last years, not only on the last CITO results in group 8. In our school it’s also discussed by all teachers, not only the mentor of a kid. All teachers know every kid and can give a good assessment.

In some countries, parents decide on the school type despite the advies. However, in the Netherlands, we learned that it is important to stick to the advies.

I would like to point out one thing about the school system in the Netherlands:  Some teachers give a ‘dubbeladvies’ (double recommendation), two options instead of one.  Most middelbare schools will only allow admission based on the lower of these recommendations.  It is then up to the pupil’s work and teacher’s assessment at the end of the year, if they can be admitted to the higher level.

The first year of middelbare school is known as ‘brugklas’, a bridge class. It is a transition year. This is the time for kids to adapt to the changes and also demonstrate their abilities if they want to move to a higher level. This is a positive aspect of education in the Netherlands.

Some schools have extra bridge classes for all kids with dubbeladvies. Some schools place the kids in the higher section, some in the lower. At the end of the brugklas it will be decided, in which section the kid continues.

In our case my daughter got a VWO (pre-university education) advies and we looked at schools which offer that. Nearly all schools offer MAVO (vocational education), HAVO (secondary general education), and VWO.

Yildiz:  Was the distance between school and home a decision-making factor for you?

Andrea: As kids get older, biking and public transportation are options.  My daughter cycles.  For her, the tram is not an option. It would take much longer.  Cycling to school, even 7 or 10 km is completely normal here, no one questions it.  Many kids do it; they go together; it’s part of their growing and getting more independent.

Yildiz:  From the many school options, how did you make a decision? What was your daughter’s decision and did that conflict with yours?

Andrea: There were two schools my daughter visited and liked. Most of her friends were going to one of them, and we worried that her decision would be based on that. In the end, she chose what she felt was best for her.  Now she is going to a school in Voorburg. I realized that I did not need to worry so much about the school selection process and to trust my daughter’s choice.

Yildiz:  Do you have any advice for parents with children making the transition to middelbare school?

Yildiz:  As foreigners, we tend to compare everything with our home countries. What are some differences in education between Germany and the Netherlands?

Andrea:  Sure, I totally get it. The system in Germany has much more pressure on the kids. The school system is less flexible.

The kids start around age 6.  The difference between kindergarten and primary school is much bigger.  There is more tension on the kids. The transition to secondary school is also two years earlier in Germany, therefore I really like the system here in the Netherlands.

The transition to middelbare school was scary at first but after all it turned out fine! My daughter is very happy about her selection and we as parents are also observing that she is performing well at her current school.

This interview with Andrea made me feel more positive about the transition I will face with my kids in the coming years.

Latest posts by Yıldız (see all)

7 thoughts on “Interview with Andrea: the transition to Dutch Middelbare School”

previousFinding a Balance in Times of Coronavirus
nextHappy 5th Blogiversary to the DMM Blog!