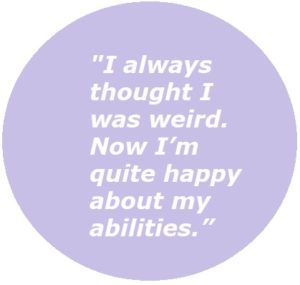 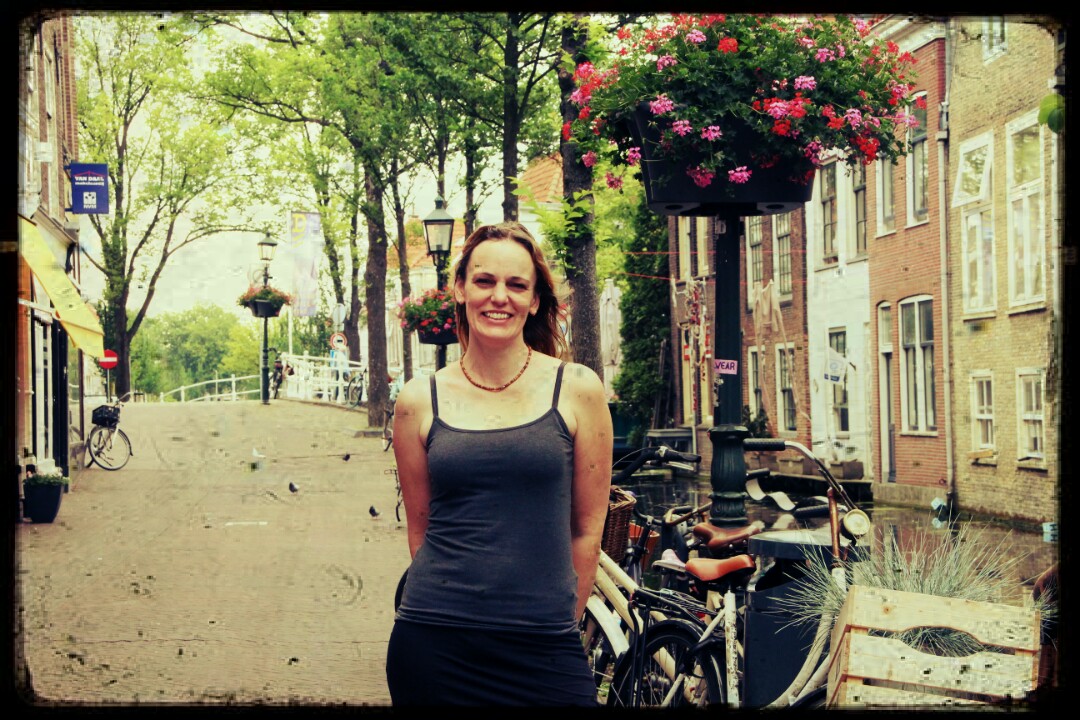 American mosaic artist living in Delft, Nan Deardorff McClain, greets me by the door of the building where her atelier is located. Eight to ten women have RSVP’d to her mosaic workshop during this particularly different Delft MaMa night out. It has been raining throughout the day and she’s hoping people will show up despite the weather. As a matter of fact, when the weather is scruffy, there’s no better way to spend some time relaxing than creating something new, Nan points out.

Altogether seven moms show up. The table is full of snacks and drinks generously provided by the attendees; asparagus wraps, deviled eggs, chocolate, grapes, strawberries, nuts and all sorts of wines. This is shaping up to be an especially good moms’ night out, I’ll say!

Nan introduces us to her workroom. It’s filled with different mosaics, big and small, finished and unfinished, glued and those waiting to be grouted. My eyes are drawn to a Delft Blue vase, but unfortunately those are out of the question for an outdoor mosaic. The tiles for outdoors are different: they are harder to work with and has no pours to prevent them from sucking up moisture and possible cracking when freezing.

The room next door is already set up for the workshop. The collection of different colored tiles is in small plastic containers. Nan says we can start with making mosaic flowers, because those are easy to utilize in multiple projects. Many moms whip out their phones to google flowers they want to trace on a piece of paper, but some moms simply work with the shape of tiles, letting them speak for the look of the flower.

The styles in the room are as versatile as the moms attending, but a few things they have undoubtedly in common: there is a lot of use of color, everyone seems to be staying true to their own point of view and they are all shaping up to look like real mosaics!

Two hours go swiftly by. We barely remember to drink and eat, which tells how much everyone has seemingly enjoyed creating something. “People need to create to feel accomplished”, says one of the mothers at the end of the class and everyone agrees.

I never knew I enjoyed arranging tiles to a particular shape until Tuesday when I tried it for the first time. The workshop was such a success that in the future Nan is planning to organize the remaining Delft MaMa mosaic workshops the same way. Personally, I cannot recommend it highly enough! Hope to see you there!

The big piece of art Delft MaMa is planning to put up on a wall in the Achtertuin playground will need all levels of support to get finished. You can start by sharing information about this with your friends, roll up your sleeves yourself and take part – or you can show your support to us here, and below is a video of what the workshop looks like in real life 🙂

When you move places, countries, cultures, you know pretty much what you leave behind, but you never truly know what lays ahead. You get a bit excited, you gather information, you make plans. And no matter how good you prepare yourself, you find yourself at a certain point in this new place, away from what feels familiar, struggling to put back all the (missing) pieces in your life.

When I moved to Delft, I knew I needed an international community to help me with what I needed back then: to help my daughter the best in her international transition. For me, finding Delft Mama was just a few clicks away. I immediacy found gatherings and get togethers which made me meet interesting people. Later on, just a question here and there, and many Delft mamas were always eager to share their knowledge and information with others.

Building such a vibrant and strong community does not just happened by chance. But I am sure when Lucie Herraiz Cunningham started Delft MaMa 10 years ago, she could not imagine where it stands now. All the international parents involved in so many projects, helping each other, and helping the city of Delft as well. Because, there is what we all have in common,  the beautiful city we live in.

One of the activities this year, to mark the 10th anniversary of Delft MaMa, is the nicest community project of making a beautiful, big mosaic on an “ugly”, empty wall. One of our Delft mamas, Nan Deardorff MacClain, who you might know from various mosaic art projects in the city centre, will be coordinating this project.

The mosaic project is going to be a wonderful tribute to the awesome organization that Lucie started 10 years ago to help international women connect and support each other during the demanding years of mothering babies and young children. The mosaic, once approved by Gemeente Delft and funded, with a combination of grants and a crowd-funding effort, will be installed at the Achtertuin playground, a place that has a large, vandalized wall. We will be including neighbors, hopefully during their annual straatfeest, as well as Delft Mama members and their families at a picnic at the Delftse Hout on June, 25th. Other workshops will happen in May during the mama’s nights out and at the weekly playgroups. The installation of the mosaic, once it is completed will happen in August, if all goes according to plan!

Keep an eye on the calendar and the different events on our Facebook page. You all can participate, and add the little pieces of your own personality and artistic skills to this amazing collaboration. Because Delft MaMa is all of us. And this mosaic will be an unique, urban, work of art. Made by pieces of us. 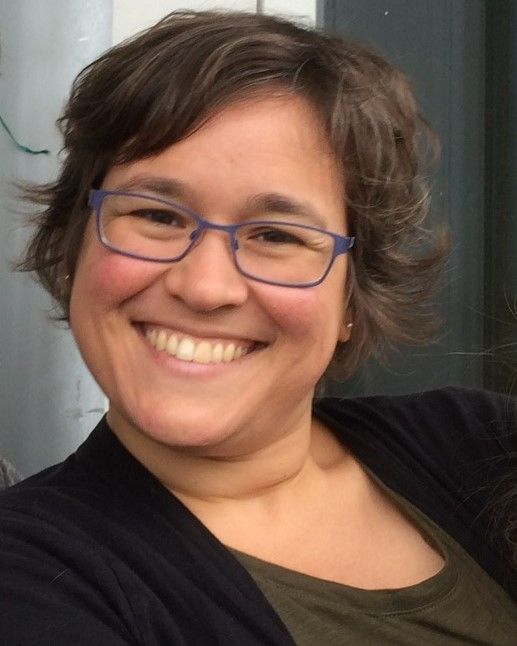