My eldest son was born at 32 weeks, exactly eight weeks premature. I had wanted a home birth with no intervention. That didn’t happen. He spent one month in Delft hospital, before he was finally allowed home with us. It was a rollercoaster ride. This is our story.

6:30 Husband woke up to get ready for work. I told l him there was something odd occurring and I’d been having stomach cramps throughout the night, probably Braxton Hicks, but said I’d call the midwife to check that morning and sent him off to the office.

9:15 Called the midwife, it wasn’t an emergency after all, and I didn’t want to bother them out of hours unnecessarily. They said they’d pop in during their rounds.

10:00 The midwife arrived with a trainee, and I made coffee for everyone, and since I was doing this the midwife wasn’t too worried, so neither was I.

10:15 I was examined at home. I saw the panic on the midwife’s face as she told me I was 5 cm dilated. Action stations! An ambulance was called because I wasn’t allowed to travel with the midwife for insurance reasons, and my husband was called home from work immediately. I was told not to move a muscle.

10:30 Ambulance arrived. Oh crap, I thought, I’m not wearing any trousers, only a WWF panda T-shirt and underwear! I protested at being made to leave the house like this, in case the neighbours saw.

10:51 Arrived at the hospital (trouser-less) with contractions every six minutes, and hyperventilating. There were so many staff in the room I lost count. The trainee midwife was my saviour and as cool as a cucumber, holding my hand and calming me down and reminding me to breathe.

11:02 Husband arrived looking suitably bewildered. What took him so long?!

11:40 Episiotomy performed to reduce the pressure on the baby’s head for delivery. Just a small snip she said. Small? It hurt to sit down for weeks. They broke my waters at the last minute, and the comical fountainous explosion surprised everyone in the room, with the gynaecologist on the receiving end. How mortifying. A monitor was then attached to the baby’s head.

11:45 Our son was born and taken to the reanimation table. My midwife seemed as shocked as me at what was occurring, and was beyond excited to announce we had a son. He was 1693g with an Apgar score of 8/9, which should have reassured me, but didn’t. He needed oxygen to help with breathing.

11:54 I was allowed a quick peek at my tiny baby before he was whisked off to special care, accompanied by his dad. 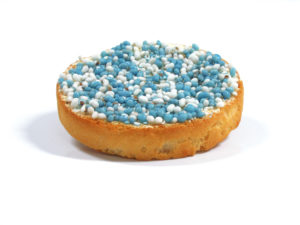 It was heart-breaking being on a ward with no baby. When I went to see our son later in the day he was this tiny bundle of wires, tubes and skin in an incubator. We weren’t allowed to touch or hold him. In the meantime, I was set to work with an industrial breast pump; I detested it, but persevered. The help I had with pumping, and later with breastfeeding, couldn’t be faulted. I was unaware at the time, but a staff member at the hospital had taken photos of the birth since we were totally unprepared for it.

Twice a day our son was allowed out of his incubator. He was such a small fragile thing. The monitors were frightening, with their constant beeping and whirring. It’s hard to watch your baby cry and not be able to pick them up, and having to let other people take care of them, even if they’re getting great care and it’s the best place for them. The hospital gave us a diary to record everything in, which the nurses contributed to as well. People didn’t know whether to congratulate us or not. Some family arrived immediately, uninvited, telling us how lucky we were. Others made no contact at all not knowing what our son’s fate would be: would he live, and if he did, would he be healthy? 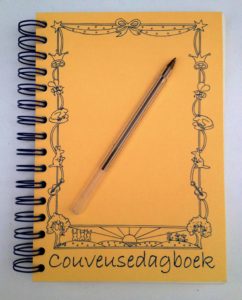 Let there be milk! Hurrah! The industrial devil pump worked.

We discovered that changing the nappy of a tiny baby in an incubator with multiple wires and tubes is a challenge, especially when there’s a penis involved with a will of its own.

I was kicked out of the hospital after four nights, the maximum our insurance would pay for, and had to leave our son behind. I had to walk out of the hospital empty handed. That was hard. We did have access to a webcam so we could see his crib from home though.

Our son had phototherapy for jaundice, and we met with the paediatrician for the first time. We were reassured that a lot of the tests and checks that were done were not because there was anything wrong, but just to check everything was ok. Of course we wanted to know when we would be able to take him home, and we were told to assume it would be his actual due date, or when he satisfied certain criteria: 2200g minimum weight, can maintain his temperature, breathe alone and feed himself.

A brain scan was done which was all clear.

The following week was a blur of expressing milk, going to and from the hospital, and attempting to breastfeed and do as much as was possible with our son. We could only pick him up at caring times, so he could rest and grow. It was a rollercoaster ride, and every day was emotionally exhausting. Every time a beeper or alarm went we jumped up in panic. I didn’t speak Dutch at the time and it was incredibly frustrating not being able to read the notes. Imagine all those firsts: first cuddles, first nappy change and first bath being observed. The smallest size 44 baby clothes were even too big for our boy.

Our son ‘graduated’ from the special care room to the regular incubator room. We watched all the other families going home with babies in car seats, but not us. We had the chance to be filmed interacting with our son, and then we watched the footage with a nurse explaining what all the movements he made meant, it was quite fascinating.

Day 31 was going home day! At a weight of 2220g, and having managed to drink all of his expressed bottles for a 24 hour period, our son was allowed home. It had been a long time coming! I had delayed ‘kraamzorg’ for four days to help settle him in at home, which was a fantastic help, especially with feeding.

The first months at home

The whole routine built up in the hospital didn’t need to be the same at home, but we continued it more or less anyway. Extra vitamins and calories were added to expressed milk, he had an iron supplement, plus a series of shots against the RS virus. Our son had pretty bad reflux too. Once home, he was part bottle fed expressed milk, part breastfed, and after seven long weeks I had him entirely on the breast. Since so much had been taken out of my hands, this was the one thing I was able and determined to do for him, so I did, until he turned one and gradually lost interest. I was meticulous about recording facts and figures, feeling the need to gain some control of the situation. In hindsight our son had a pretty uncomplicated time in hospital, although it didn’t feel that way at the time. The guilt was tremendous. Why did this happen? Did I do something wrong? No. I had a normal pregnancy with no complications, he came spontaneously on his own.

Babies born at 32 weeks or sooner are considered dangerously premature, and as such get extra care. Our son was part of a two year outpatient programme at the hospital, which meant that in addition to the usual ‘consultatiebureau’ checks and vaccinations, we had a whole bunch of other medical appointments to check his progress: paediatrician, dietician, physiotherapist, psychologist. For the first two years premature babies are adjusted for developmental milestones, so at six months old he was assessed for growth as a four month old, for example. After that they’re expected to have caught up. People would come out with the most thoughtless comments: “He must have been easy to pop out being so small!” and “You got to sleep through the night that first month, how lucky are you!” I wanted to scream at them. I didn’t attempt to explain, how could they possibly understand? He may have been small but those contractions were very real, and in fact I barely slept at all for worry. Unless you’ve had a child in special care, taken away from you the minute you give birth, you can’t possibly understand the impact this has. 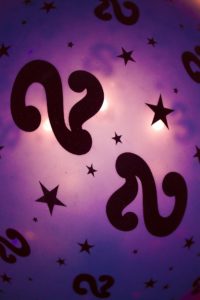 Whilst this may not seem a positive birth story, it is. I am extremely grateful that I live in a country where the care was so prompt and thorough. I’m so glad that the journey time to the hospital wasn’t longer. In other circumstances, the outcome could have been so different. I know of many people back in the UK who have had no support at all with breastfeeding, a postcode lottery determining the care you receive. My granny was a nurse at Great Ormond Street Hospital for children in London, and in her day premature babies were placed in the airing cupboard to keep warm, and then they crossed their fingers and hoped for the best, since no other equipment was available to help them.

Today our son is a healthy, strong, smart, energetic and compassionate lad. He has always been smaller than his peers, and remains so, but it doesn’t seem to bother him in the slightest. I’ve lost count of the times I’m asked if he and his (two year younger) brother are twins. Many parents are proud if they’re told their kid is above average or ahead of their peers – when I’m told my son is completely average and keeping up with his peers I smile and remember his beginning, grateful. We are stronger and more appreciative as a result. I’ve been asked to write this story before but was unable to, and as I sit here in tears typing away, I’m glad I did. Maybe it will help someone else, and one day he can read his story himself.

Caroline Vermeulen is originally from the UK, and moved to the Netherlands in 2008 after marrying a Dutchman. A lawyer by profession, she now spends her days writing and editing when she’s not running around after her two energetic boys.