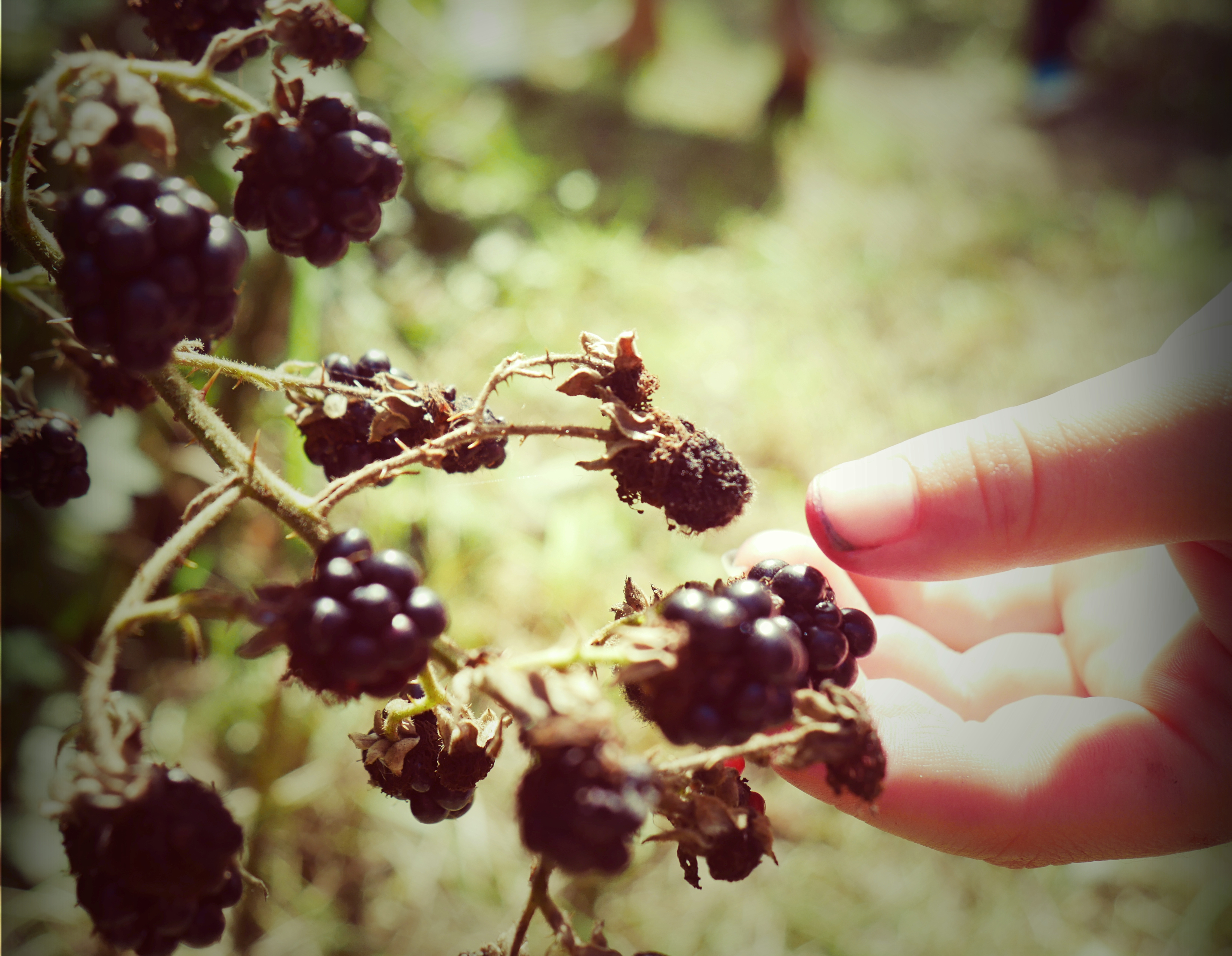 Yesterday, I took my daughters blackberry picking. To someone else this may sound like just another day out, but for me it was special. It was special because it enabled me to re-live one of my favourite childhood memories and to share it with my own children.

When I think of it now, it seems a little strange, a teenage girl voluntarily taking her little brother out to pick blackberries. Remember though that this was in the time before iPads, and we had two months of summer holidays to fill!

This particular memory takes place towards the end of the summer break when we had already spent days at the beach, in the park, hung out with friends, set out crab traps, wandered around the house doing nothing in particular and were feeling rested, relaxed, and superbly content. Suddenly it was the end of August, and what had started as an endless vacation was *gasp* almost over. The race was on to make the most of those last sun filled days. I grabbed a few buckets and shouted to my little brother, “come on! We are going blackberry picking.”

Vancouver Island, where we lived, is a magical island of spectacular natural beauty (but that’s another story). It is also covered with wild blackberry bushes that ripen in late summer. Out we walked into the hot sun carrying our buckets like little soldiers on a mission to the nearest patch. After sizing up the bushes to find the juiciest specimens we dropped our buckets and started picking. We worked in companionable silence broken only by the occasional “ouch!” as one of us scratched ourselves or ‘mmmm’ when we were unable to resist a taste. Occasionally, disaster would strike in the form of accidentally kicking over a nearly full bucket or, particularly painful, falling into the bushes. Much to the hilarity of the other sibling.

If I let my mind travel back there now I can still smell the warm, ripe berry smell, part fermented fruit and part earthy leaves that would soon be turning brown. The hot sun burning the back of my neck, the scratches on my hands and the relaxing monotony of picking. Concentrated as we were on our efforts to find the biggest, juiciest berries, we lost all track of time.

Buckets finally full we trudged home with the fruits of our labour. Tired and hot we competed to see who had the most scratches or whose fingers were the purplest, stained from the dark juice. 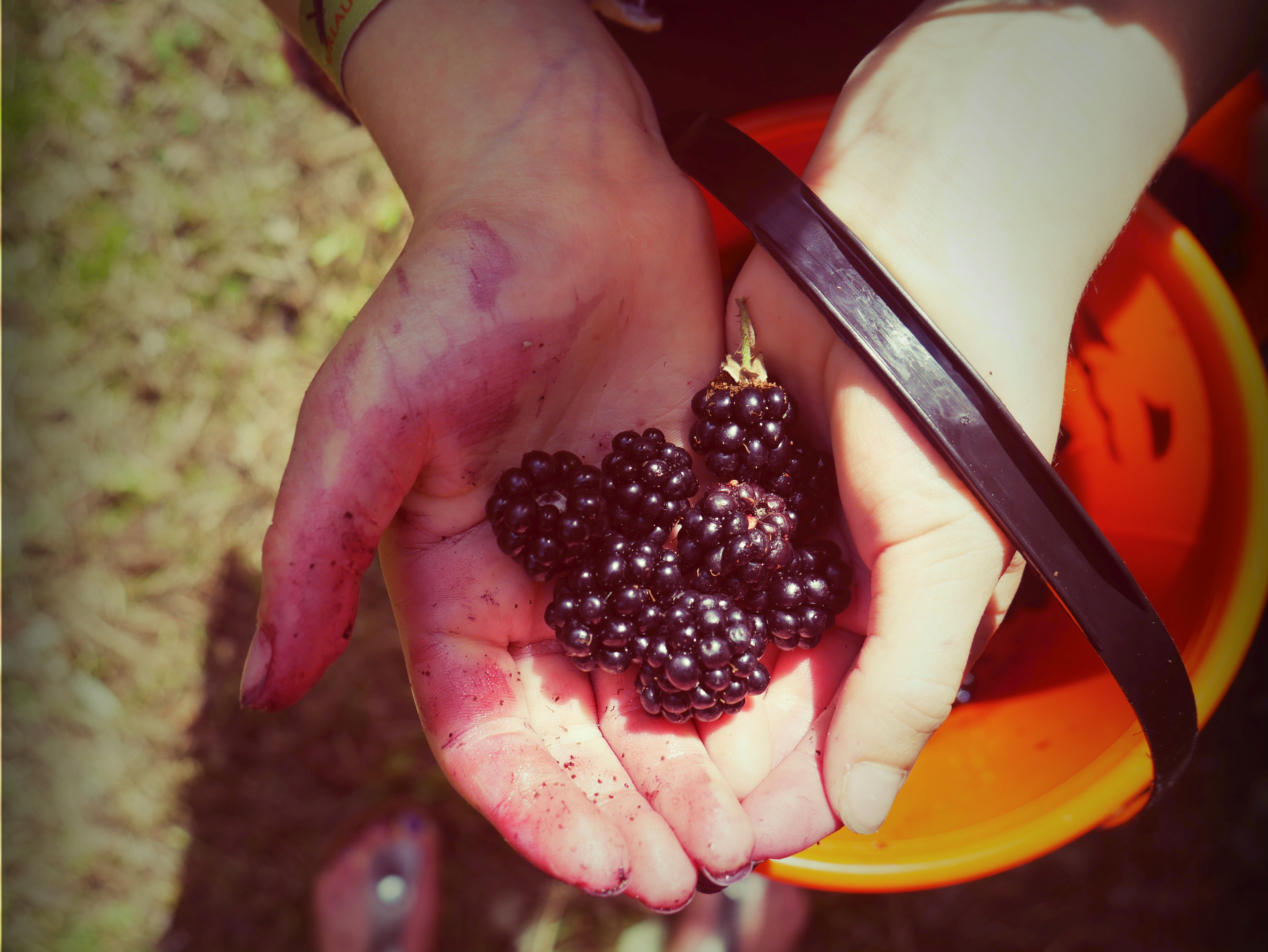 Back in the kitchen, I made the pastry and, together with my little brother, we rolled it out to fit the pie tins. Then we cooked the berries, adding lots and lots of sugar. By the time we’d assembled the pies and baked them in the oven, the kitchen was a disaster of flour and squashed berries. At about this time, my Mum arrived home from work to find two children who had made a disaster of her kitchen proudly displaying fresh blackberry pies.

The childhood experiences that my daughters have in Holland are very different from my own back in rural Canada. Sometimes this is part of the fun. We get to experience things for the first time together. But other times it can make it hard to relate to each other. Memories that friends back home hold on to because they are triggered by their familiar surroundings have faded into the recesses of my memory. It’s amazing how a simple activity like this can bring those memories rushing back, filling my heart with a warm glow.

Vancouver Island is too far and too expensive to travel back to regularly. However, I am doing my best to bring a little bit of my life in Canada here to share with my family. When I do and when it works, the distance between here and home closes just a little and the effort is so very worth it. 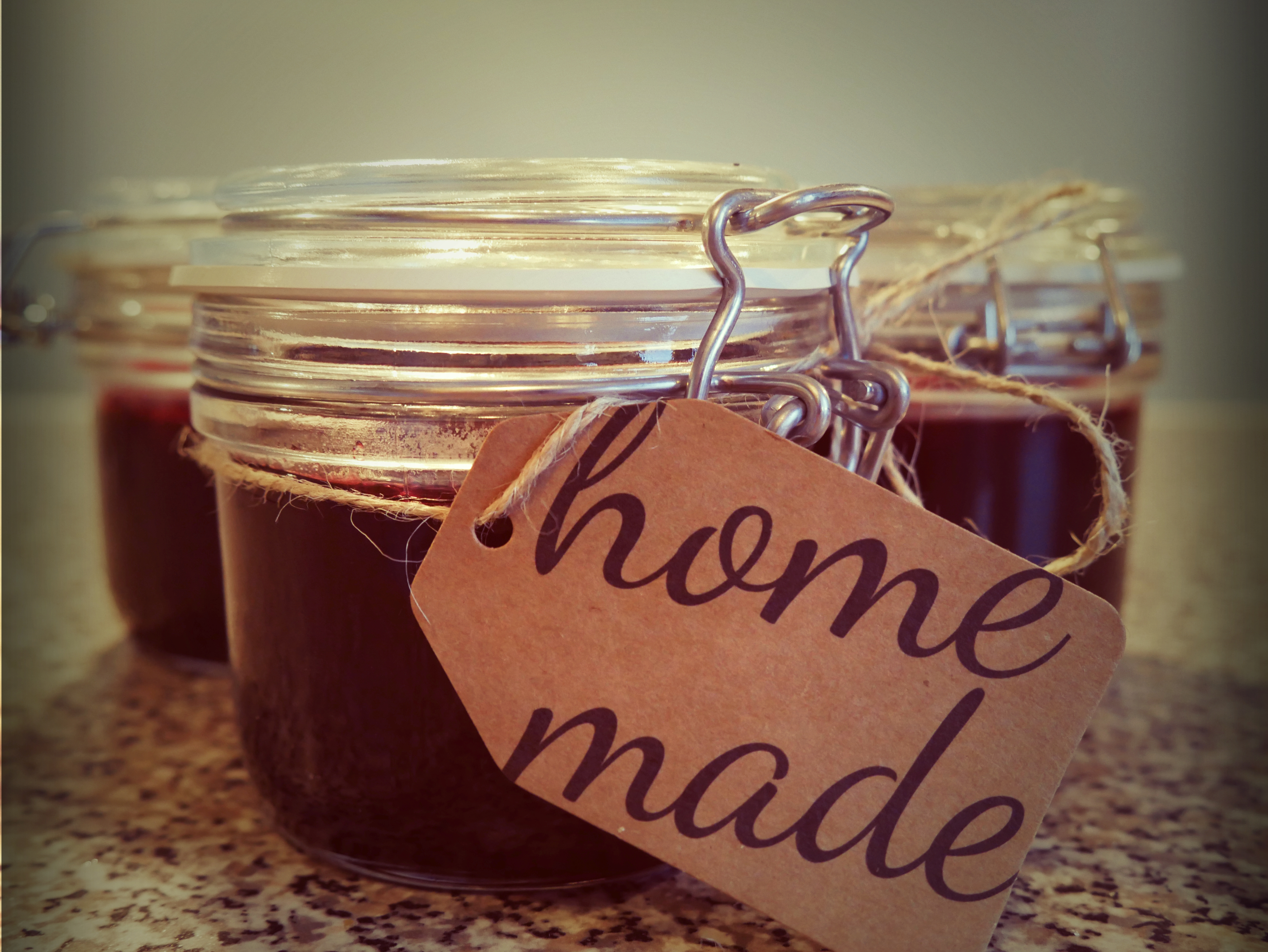 I would love to hear about traditions from home that you are sharing here with your children?

And of course about any good spots for blackberry picking!

After many years of living like a vagabond going from ship to ship working for the Holland America Line Megan decided it was time to unpack her suitcase once and for all. She settled in The Netherlands where her soon to be husband was from. Fully intending to return to Canada after her ten year contract with the European Commission was finished, Megan and her husband discovered that The Netherlands is a great place to raise their two daughters and decided to stay. In her free time, Megan enjoys gardening, cycling, and making a glorious fool of herself at street dance classes.

1 thought on “Memories and Blackberries”