Meet Stella, an expat writer living in the Netherlands 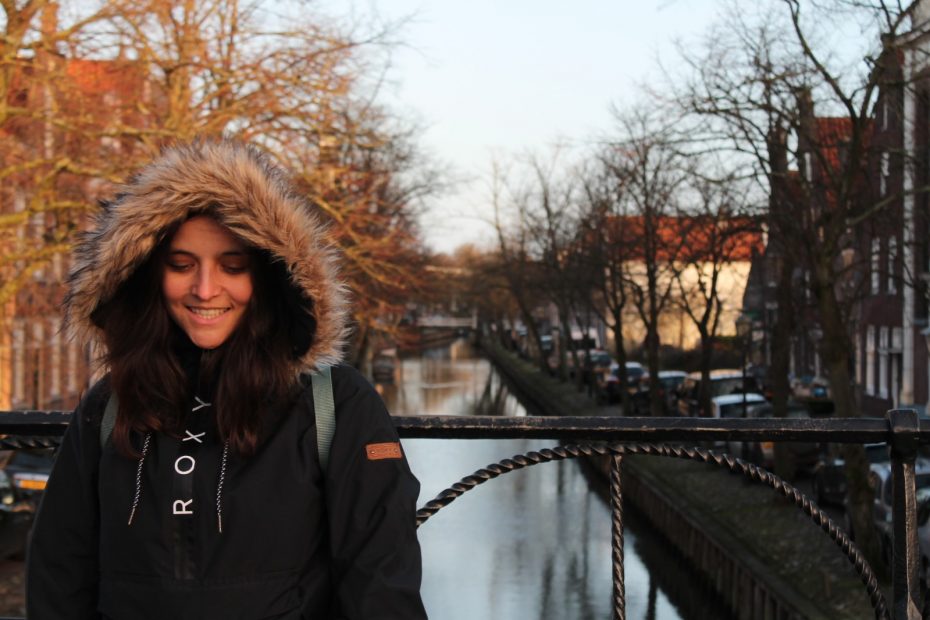 It is not unusual for parents to feel a bit anxious about what the future holds for their kids, especially when they are raised in multicultural homes.

If you feel the same, it might help to hear about someone in a similar situation to yours. So for a moment, let me introduce you to a young and incredible, expat writer with a multicultural upbringing, and an inspiring story to share.

Stella was born in Argentina to an Argentinian father, and a Brazilian mother.  She grew up speaking Spanish at school, and at home with her parents.  Even though she spoke to her mother in Spanish, her mother always responded in Portuguese.

Besides providing her with a multilingual and multicultural childhood, it was their creative storytelling that impacted her the most.  Those invaluable stories inspired her dream of becoming a writer.

While her father traveled a lot and always had interesting tales to tell when he returned, according to Stella, it is her mother who was and still is, the best storyteller in the world.  She always had a new and different story to tell.  Even to this day, Stella doesn’t know if they were true or not.

HOW SHE STARTED WRITING

Stella was 17 years old, and still in high school when she got the idea for her first book.  However, it was because of a dedicated language teacher that she started writing.

Her teacher, Profe Sonia, captivated her interest in literature, writing, and languages. Because of her, Stella had the opportunity to attend writers’ conventions, and take part in trips and meetings with other schools.

By chance, it was the day Profe Sonia ran a writing contest that got the ball rolling.

As soon as she found out about it, Stella started at once. When she got to page 4, she asked her teacher for feedback. Her teacher liked it, but reminded her that the story should be only one page long. Stella was stunned. How could she reduce the entire story she had in her head to just one page?

In the end, Stella was awarded second place.  Although she may not have won first prize, more importantly, what she gained was a story.

All she had to do was get it out of her head and write it down.

IT WAS NOT EASY

After graduating from high school, Stella went on to university to study physical education at Cordoba, Argentina.  With work and studying taking up most of her time, she postponed her dream of writing.

With a degree in hand, Stella decided to move to Chile. In her first week, she landed a job as a sales representative working at Vespa.  No longer spending hours studying, she was able to get back to writing in her free time.

Eventually, after 5 years, and with a lot of motivation and support from her boyfriend, Jorge, she finished it.

Then in 2019, when Jorge decided to study in the Netherlands, Stella went with him. No longer working, she could dedicate more time to writing.

‘Naiara, La Legión Perdida y El Árbol de La Vida’ is a fantasy novel written for young adults.  In English, it translates to ‘Naiara, The Lost Kingdom and The Tree of Life’.

It’s about a boy named Federico, whose mother is terribly ill, and whose father has disappeared. While searching for clues as to where his father could be, he discovers one of his books.  And in it, he learns about a fantastical kingdom called Naiara. He then embarks on an adventure to Naiara.

THE INSPIRATION BEHIND THE KINGDOM OF NAIARA

In Argentina, there is a place in the mountains called Cerro Los Gigantes. Stella says it is an incredibly beautiful place where she would often go camping.

‘La Princesa Verde’ (The Green Princess) is written for children ages 5-12.  It is about a princess who used to live in a castle, but after the death of her father, flees with her mother into the woods.

After living a life of luxury, the princess must now learn how to live without. In this new life, she discovers things about herself that she never knew before.

WHAT SPARKS HER IMAGINATION

Before her move to the Netherlands, Stella was a physical education teacher, and volunteered as a scout leader.  It gave her the opportunity to be with kids in their imaginary and creative world. Interacting and playing with them helped spark her vivid imagination.

“Children always have something new and they are always creating something different.”

Her stories also show her love of adventure, travel, and nature. She uses real life experiences, as well as people she knows for inspiration for characters and settings.

are the books AVAILABLE IN ENGLISH?

Stella would like it to be translated into English, and maybe later, Dutch.  In order to make that happen, she needs to sell a minimum number of books before the publisher will agree to it.

“It is difficult to sell a book written in Spanish when you are living in a country that speaks Dutch!”

WHERE to find stella’s books

Both print and digital versions are available to purchase directly through her website.

WHAT HER Mother THINKs OF HER NOW

Her greatest source of inspiration came from her parents.

Stella’s mother is really happy that her daughter is living in the Netherlands, because it is a country with more opportunities than Argentina. Stella hopes one day her mother will also be able to live with her.

If you would like to know more about Stella, check out her blog and see what she is up to on Instagram at viajandoconliteratura.

And if you would like to read more on the topic of multilingual families, check out Olga Mecking’s personal account about ‘Being a Multilingual Mom to Multilingual Kids‘, and Ildikó Wooning’s ‘Bilingual Parenting with Distance‘.

2 thoughts on “Meet Stella, an expat writer living in the Netherlands”