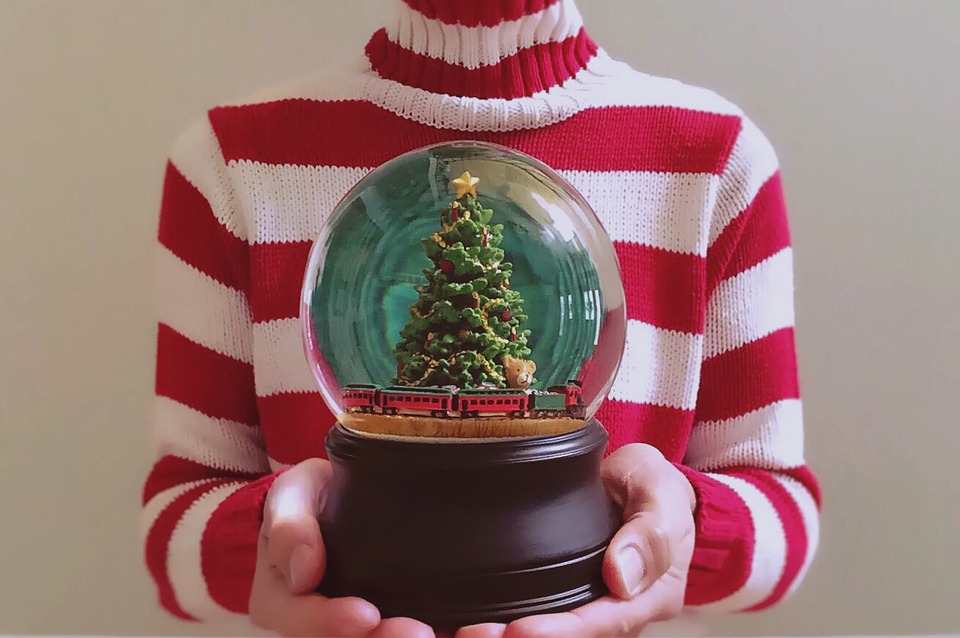 Tis the season to be jolly…and for those that celebrate Christmas it is also the season of over-abundance, over-indulgence and  rosy-cheeked children whining to the merry tune of ‘it’s not fair, all my friends have got one.’

I love Christmas. I may even go as far as to say it was the main reason why I had children – that and having the perfect excuse to watch Disney films at the ripe old age of thirty-eight. Yet unlike my friends who at this time of year are tasked with the never ending battle of trying to manage their children’s’ expectations, when I asked my seven and five year old girls what they wanted from Santa  they answered – “ We don’t know, what is there?” 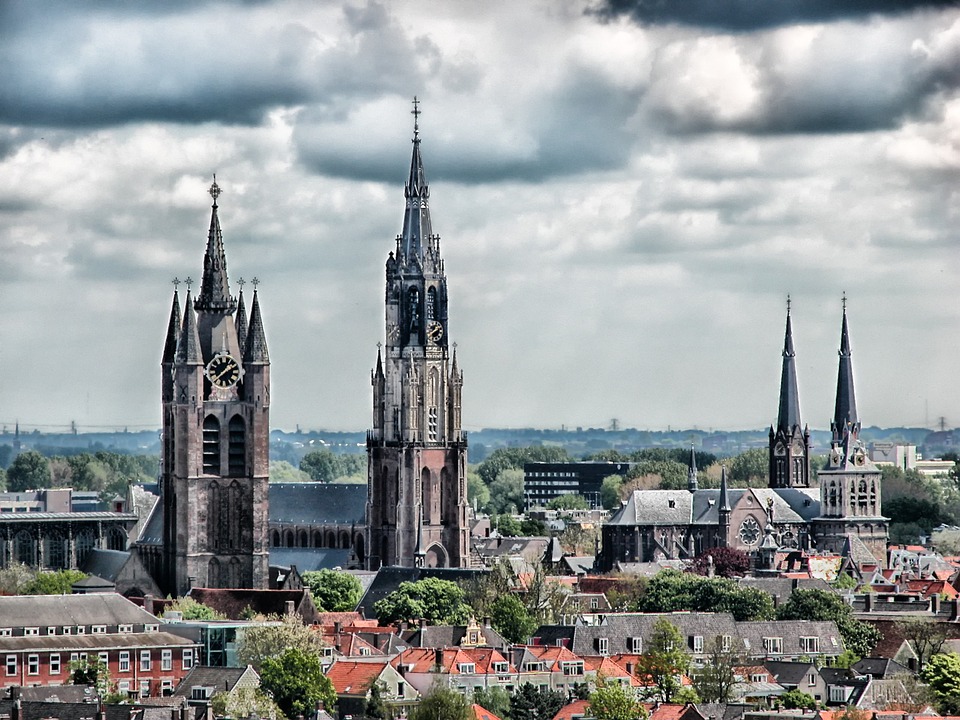 To understand how I got so lucky you need to know where I live. I live in a bubble, a shiny happy ex-pat bubble of my own making.

Originally from London, I have been living an international lifestyle for eight years. I met my husband in Australia, we had our first child in the UK, our second daughter was born two years later in the south of Spain then just four months ago (following a job offer) our happy little family moved to Delft . We’ve gone from the big smoke to margaritas on the beach to cutesy canals and bicycles – and we love it. We enjoy our nomadic lifestyle, and never more so than at Christmas.

“How are you all adapting?” my overly concerned family and friends ask. “Is it hard settling in to a new country with the children?” To which I answer, “No, contrary to popular belief it’s actually easier to be a parent when you don’t know what’s going on all the time. We’re free to be who we want to be.” 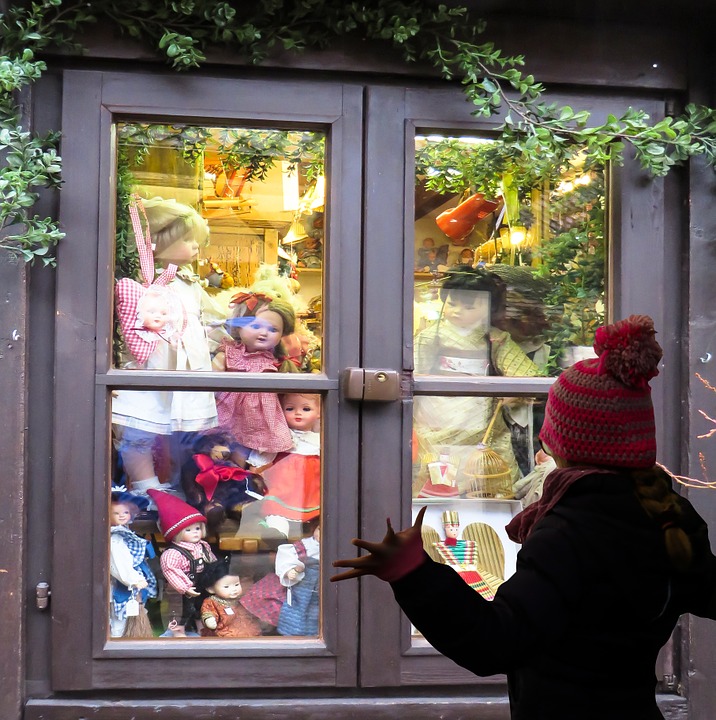 As mothers I’m sure you understand when I talk about expectations. Anxiety, fear of judgement, societal pressures and guilt are never far away. Doing what is expected of you as parents is something that never occurred to me as I picked out newborn clothes and pondered on baby names eight years ago. I didn’t once worry about whether my parenting methods would be questioned, or that I wouldn’t have control over what influenced my children…then they were born and the world of motherhood was cracked open in all its ugly technicolor glory. Without realising it, we parents are bombarded daily with what we should and must and need to do. Each country has a list of unwritten rules when it comes to children and how to raise them. Magazines, websites, mothering groups and family all influence our own parenting methods – until you move abroad. Then you are untouchable. Your rules from back home don’t apply and you are not worried about/able to understand/told about the rules in your new country of residence.

You know what that is called? Freedom. And never more so than at this time of year.

When it comes to Christmas I love living in a country that is not my own, and this year I’m especially excited about experiencing a cold Dutch Christmas for the first time. While others in their own home towns are feeling the festive season pressure of spending, attending and being in twenty million places at once – us expats are happily gawping in wonder around us, without any idea as to what is going on, completely oblivious to anyone’s expectations of us, simply floating about in our magical la la bubble. There are so many reasons why this time of year is especially magical (and easier) for my family. 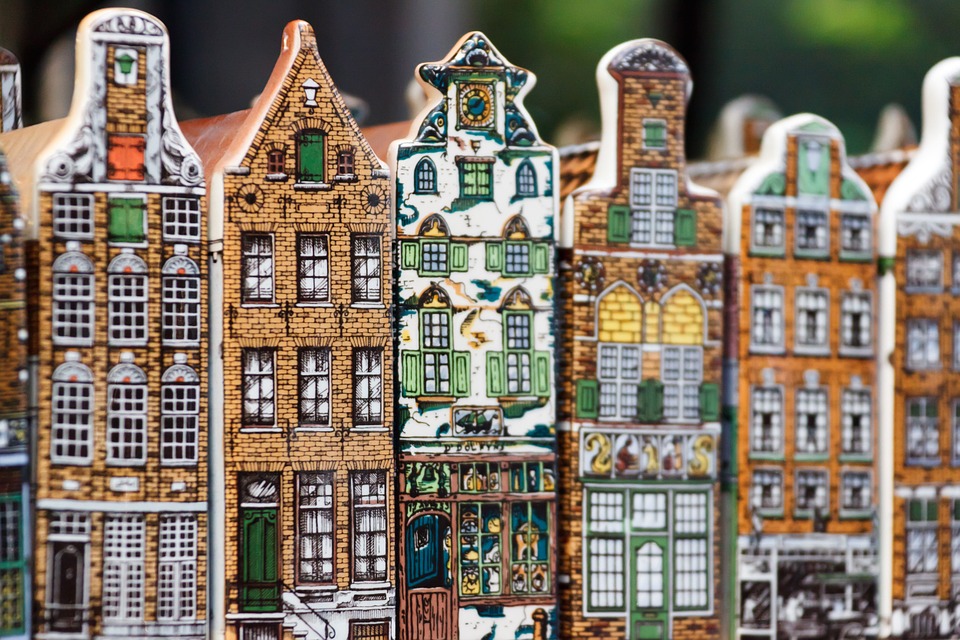 No expectations, no dissapointment
We have our own family traditions when we go back to the UK, but being new in The Netherlands we are still busy learning about what the locals do; the tiny round cinnamon biscuits, chocolate initials, Sinterklass instead of Santa and learning about when to put shoes out to be filled with presents. My children don’t know ‘the Christmas rules’ and neither do I…they have no expectations, so whatever happens is going to be magical and exciting because it’s all new.

No media influence
We don’t watch Dutch TV, so my girls don’t watch adverts (Netflix all the way). I don’t have magazines lying around the house full of glossy Must-Have Christmas Buys or Argos catalogues landing with a thump through the letterbox. My kids don’t know what is out there, except for the odd glance through the toy shop window, so when they ask for presents they simply ask for more of what they have. When you don’t have an abundance of choice, you don’t have stress. 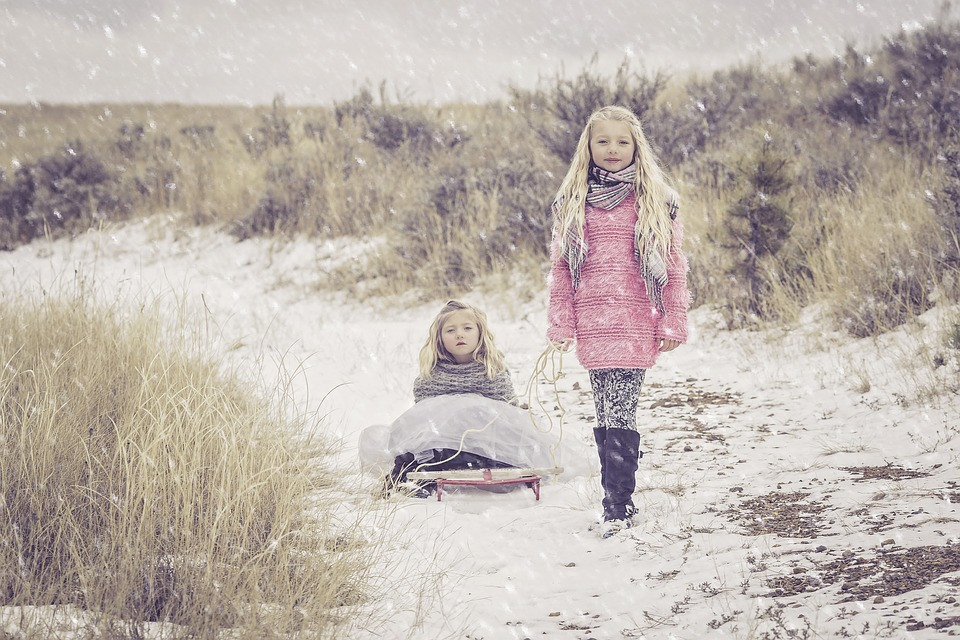 No peer pressure
Like many ex-pat families, my kids go to an International school. They play with children of many races, from various countries that practice a mix of religions and customs. Every child looks different, sounds different and dresses differently. These kids don’t care about ‘in’ toys or who has more or who’s wearing what. There are no fads, no designer gadget talk or one-upmanship when it comes to what presents they are going to receive this year. Half of them don’t even celebrate Christmas! So my girls are not whipped up into a ‘I want what she has’ frenzy.

Well-meaning relatives don’t get involved
We live far away from the ones we love. Sometimes that’s difficult, but sometimes that’s nice. I am not under any pressure to buy my mum’s neighbour a present because she has bought me bath salts every year since I was ten. I don’t have to attend the carol concerts of my friend’s children or my niece’s nativity play or send ten thousand Christmas cards. I’m out the loop. I have Facebook, I can say ‘hi’ and the rest of the time I can… 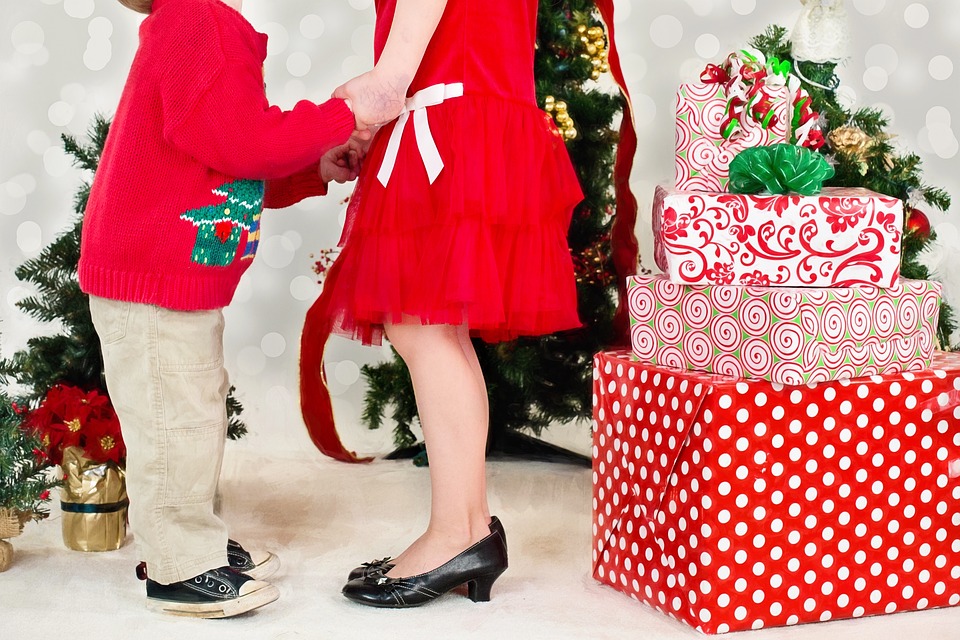 …concentrate on my own family
Because that is what Christmas is truly about. Living in our ex-pat bubble forces my children, husband and I to stick together. We may be a little closed off from life around us, a little more selfish and a little bit insular – but it also makes us widen our horizons and pick and choose what is important to us. Our children are protected from Christmas expectations because they are living in a land that is not their own. Because the traditions of ‘back home’ no longer apply to them, instead they are getting the freedom to explore, respect and soak up new experiences.

We are not adhering to the kind of Christmas that advertisers on TV want us to have, that John Lewis ads are selling or what our parents before us are saying we must do.

We are all (even us grown-ups) getting to see Christmas in a new and wondrous light again and appreciating the importance of being part of someone else’s celebrations while still adhering to our own. We are choosing our own traditions and making our own memories, but most importantly we are doing this together as a family.

We’re in our own little Christmas bubble of happiness… you can’t get more magical that that!