How Delft MaMa saved my sanity 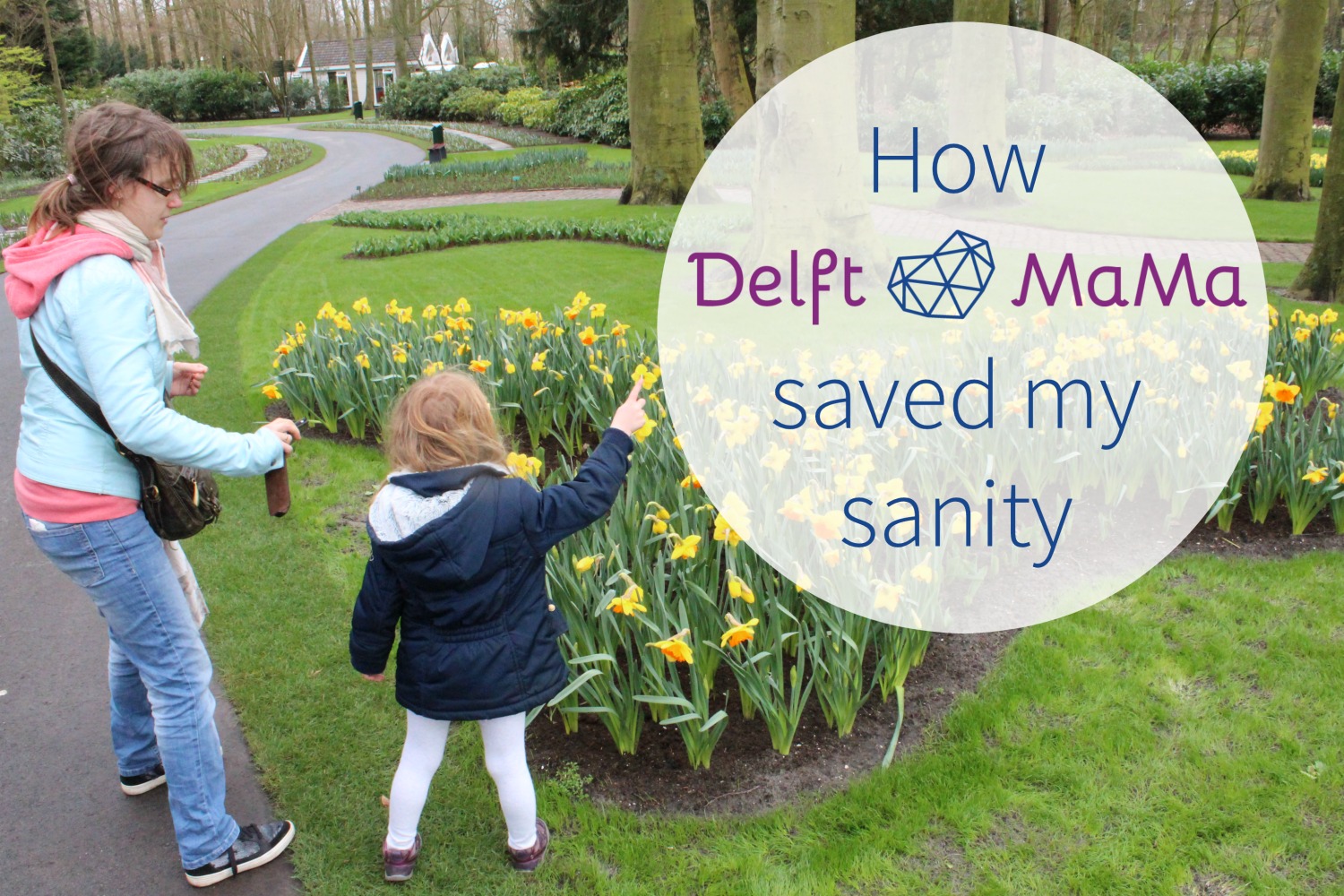 NOTE FROM THE EDITORS

Initiated over 2 years ago, the Delft Mama blog has delivered numerous creative, heartwarming contributions throughout the years. Looking back at those earlier posts — in our role as current editors — we realized there were quite a few that we missed. Surely we aren’t the only ones, especially with new members joining Delft Mama each year. With that in mind, we decided to take a look back a couple times each year to recall one of those “Oldies but Goodies”.

Here’s the first installment, a rather recognizable, yet shocking and frankly funny post that speaks to the core of one of Delft Mama’s missions — to help build networks and provide support that makes families (and families-to-be) feel at home here in Delft.

I think we can all agree that living abroad is often crazy and messy, but so is motherhood. When you combine these two, you have a recipe for disaster. Especially when you throw culture shock and sleep deprivation in the mix.

I arrived in the Netherlands when my eldest daughter was 6 weeks old. To be honest, moving abroad was reasonably easy. I’d lived abroad in multiple places, including Germany, Canada, and France. A piece of cake, really.

Moving to the land of motherhood, however, was another matter altogether. I walked in a state of constant mental fog where I didn’t even know my name. I forgot who I was, and when I finally began to feel somewhat better, I did a crazy thing and had another baby.

My second daughter came right in the middle of my eldest’s terrible two’s. To be honest, for us, terrible describes that phase really well. I was yelled, kicked, and whined at. I am in fact still traumatized.

And then a strange woman called the police on me

My eldest refused to ride in her stroller. This wouldn’t usually be a problem but we lived around a kilometer away from the daycare, and of course, the road home wasn’t smooth but paved with cobblestones, and often interrupted by the tricky Delft canals. In my mental state at that time, I hadn’t the energy or patience to slowly negotiate that walk with her. I had a 6 weeks old baby, a screaming toddler, and I was sleep-deprived to the point of insanity.

Needless to say, my daughter didn’t agree with my decision. She wanted to walk! She made that quite clear as she fought me when I tried to strap her in. Each time I tried to put her in, she would climb out and then I had to put her in again.

Suddenly a woman appeared before me. She had apparently seen me from her window and assumed I was hitting my daughter. She asked:
“Are you the au-pair?”
“No, I’m the mother.” I may have forgotten my name, but I did remember these kids were mine.
“You are abusing your children. I am calling the police.”
And she did just that!

Because it took 45 minutes for the police to arrive, I had the time to call my husband and tell him what was going on. He didn’t want to believe me, but he came nonetheless.

The daycare leidsters were also there. They saw me crying and were incredulous when I told them what happened.
“You’re very judgmental,” they told that lady, or should I say, the Witch as I began to call her.
“Don’t you know that children cry sometimes? And that they can get very defiant, especially at this age?” they explained.
I didn’t speak Dutch then but could understand that much.

In the end, the police arrived, listened to my story, listened to her story — which included the words, said in English, “I think she’s too young to be a mother of two.” Should I say that I was 27 at that time? But the police saw at first glance that I wasn’t abusing anyone and that the lady had a flair for the dramatic. When she saw the unified front we formed, especially after my husband arrived, she fled and was never seen again.

I knew something had to change. I really didn’t feel mentally well in any way. What I needed, I realized, was a support network.

One thing I did to achieve that was to start a blog. This has now become a source of endless enjoyment, learning opportunities, and yes, some money.

But the step that was equally important was the fact that I finally decided to get out of my shell and put myself out there. I’d known about Delft MaMa before but never considered going. “Playgroups were for the desperate people, and I am not desperate,” I thought. But I was wrong. Playgroups are for everyone, and yes, I was desperate, I just didn’t want to admit it.

The first playgroup I went to happened at the moms’ houses, with a different mom hosting the playground each week. The one I went to was hosted by Lisa, a wonderfully warm American woman with a son who was the same age as my eldest. I brought banana bread and was afraid she wouldn’t like it. But there was no reason to worry. I came back home with an empty cake form and a full heart.

I started going to as many meetings as I possibly could. That’s how I met many great women who soon became friends. Delft MaMa mothers are funny, smart, kind and inspiring. The meetings were often brimming with ideas, with some businesses coming out of it. Delft MaMa did so much more than just help me find friends when I was in need. It helped me find a job, provided inspiration for my writing, helped keep my kids occupied and me from climbing the walls.

Most of all, I owe it my sanity.

3 thoughts on “How Delft MaMa saved my sanity”

previousBirthday Party Resources in and Around Delft
nextWelcome to Delft: Finding a home as an expat family