Fathers on the spotlight – Fijne Vaderdag! 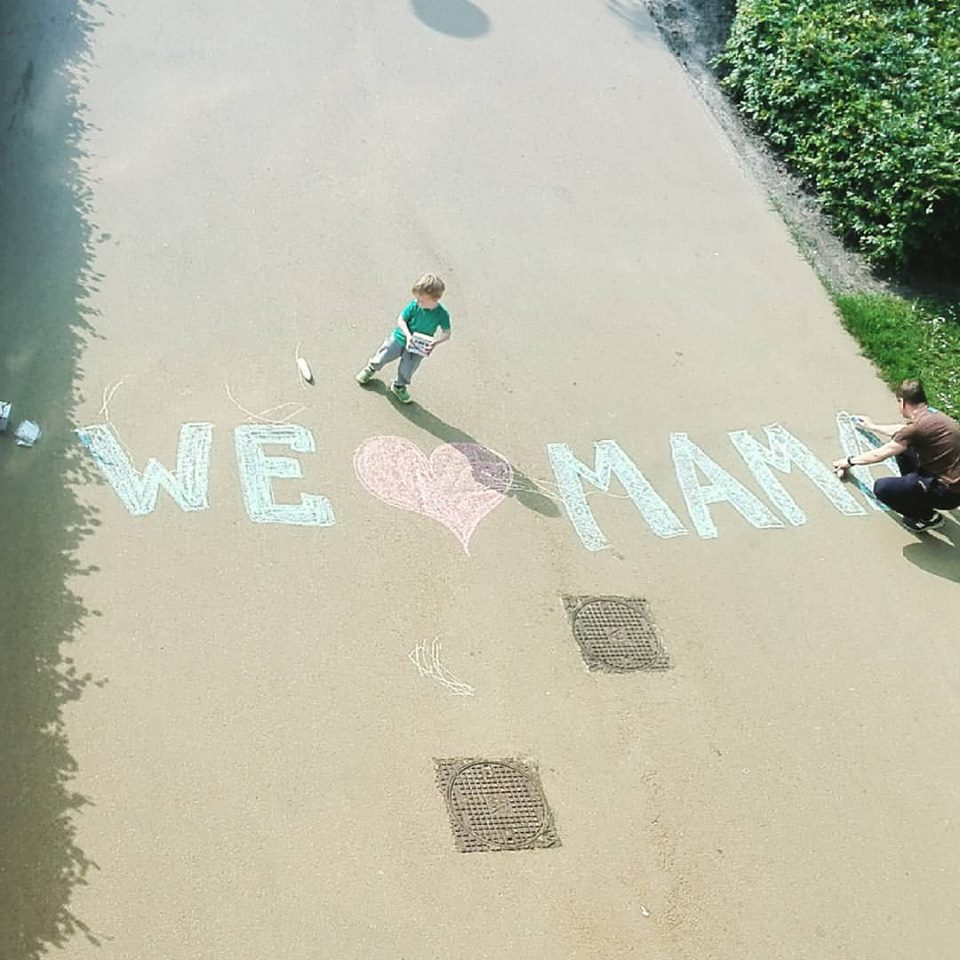 Behind each of our Delft MaMa munchkins, there is a father too, and today it’s the day to pamper, spoil them and help our kids make them feel special because it’s VADERDAG.
Read along what makes some of the men in our community one of a kind.

“One of the best things I love about my husband and the father of my son and our soon to be born daughter, is his ability to be funny and entertaining with us, find things to do as a family and just him and our son, and the way he spoils us sometimes.” Olgee

“Nathan is a very involved father, and he’s certainly envious of the time I get to spend with our daughter Freddy. Any moment he has to spend with us, is family time. He makes bread with Freddy every Saturday morning for the week coming. She loves it and knows exactly how the whole process goes. He has interests in so many different areas; he’s also a musician and our house is full of music. Nathan can scat and sing about whatever’s going on, for example when Freddy’s doing something or asking about something, he can make up a song about it. I love that he can improvise songs for her about anything that’s relevant.” Miriam

“It drives me crazy sometimes that my husband is as much of a kid as my boys, but this very thing makes me love him more too. For example, watching him drag all his old action figures and Lego down from the attic and allowing the kids to play with them, despite the fact that some of it is now priceless, and not complaining when he has to glue a limb back on for the third time.” Caroline 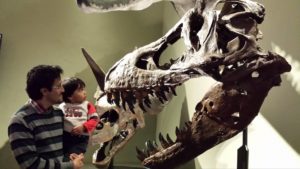 “Juan is always eager and looking forward to show Bastian new things. Bastian feels always safe to explore as long as “dada” is around.” Irma

“My husband and I became parents for the first time back in February this year – to a “too gorgeous for words” little boy. It has been a crazy, wild, fun adventure so far – totally couldn’t have made it or wouldn’t have enjoyed it so much without Papa! Often described as a ‘tough’ looking guy- my husband is a cuty softie when it comes to our boy… I remember one (early!) morning in particular lying in bed just watching my boys with each other… The two of them lying there, Papa chatting away to his first born & Baby Boy with his cutest gummy smile, absolutely enchanted with all that Papa had to say! Those looks and that moment of love were so special- what a thankful mama I am!” Dominique 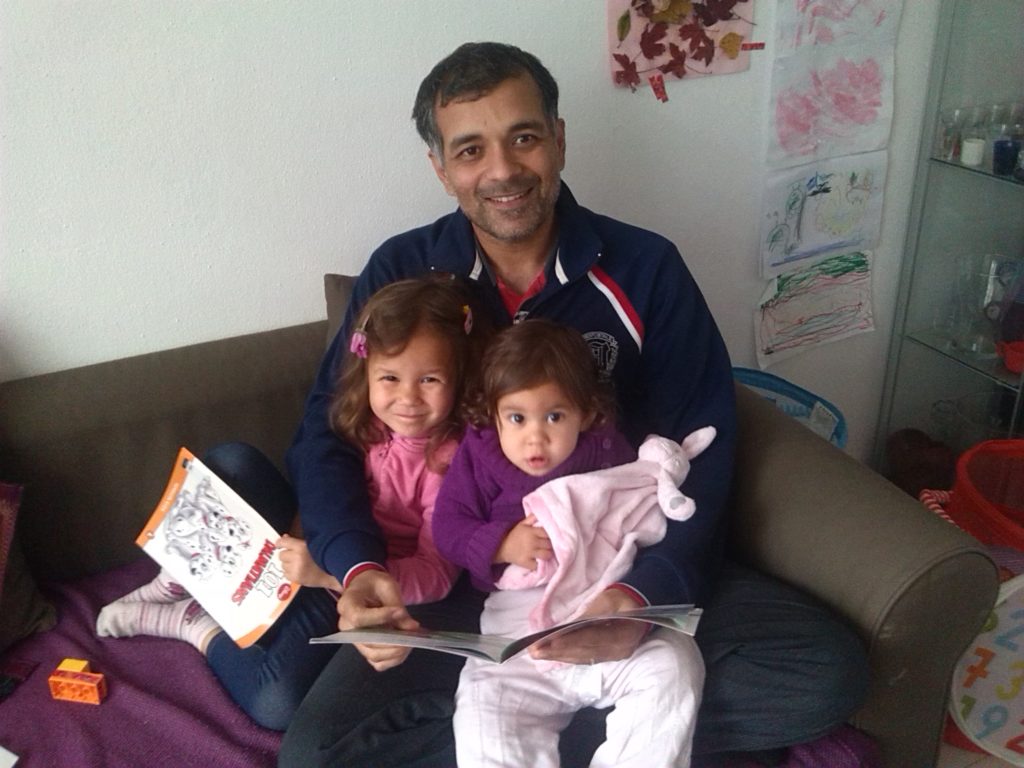 “This photo is one of my favorite ones and it just makes me fall in love with Anish again and again. When I met him, I knew for sure he’d be a fantastic father and husband but he’s way beyond my expectations. For him the girls always come first, not even a cricket match or tennis tournament or being exhausted can prevent him from reading a story, building a Duplo tower, making jewelry or discussing scientific questions, etc. The girls even take advantage of this, of course. They know how to get his attention any time they want. It just proves they’re real girls. Before having children, he used to daydream about being a girls’ father, he wanted to ‘fall in love’ again and he really did, both times. I feel my daughters are the luckiest to have such a caring and fabulous father.” Zsofia

The way Max loves you (beyond measure)
They way Max holds you tight,
The way Max helps you barbecue,
Keep it Dad, no one can take it away from you.

No, not to forget the way your eyes shine bright, Max,
every time you shout “DADDY” your lungs out,
it does not but reassure that Mum could not have chosen a better man
to become your father.

*The structure of this text is a copy from “they can’t take that away from me” first sang by Fred Astaire on 1937 movie “Shall we dance“. Co-starring, Ginger Rogers.

“Father & Daughter
He was the first one to intuit that she was on her way, and that she was a she. So he decided to take a year leave from work, to be with her.
He was the first one to hold her in his arms and spent her very first two hours of life, talking to her, at the intensive care unit.
He was always there. He is always there. You know … the first bottle feeding, the first spoon feeding, the first tooth. And of course, her first word was PAPPA.
The bond between them is immense and infinite. And today, we celebrate him, because of her.” Fabi

“It’s the way he sings to them, completely out of tune, but absolutely bursting with feeling. And how he wakes up and carries them in his arms downstairs. It’s his clothing choices for them and his way of teaching critical thinking by making them second-guess a story he is telling. It’s his pancakes and the hand that he puts on our daughter’s back when we cycle and the wind is tiring her down. It’s his words of encouragement to our son, who looks at him with admiring eyes and his perseverance with our second son when he needs more steering with his choices. His jokes, his attention, his hugs and affection.” Tarja 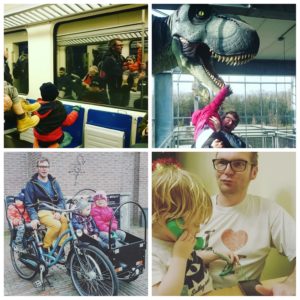 Get your party started by listening to this  specially crafted Father’s day Spotify list with songs written by fathers to their children. All but one, that was written from a kid to his father.  Let the good times roll!

previousDelft Mama of the week: Miriam
nextDelft taught us the kind of family we want to be