Enjoy the Fungi Season and Help the Science! 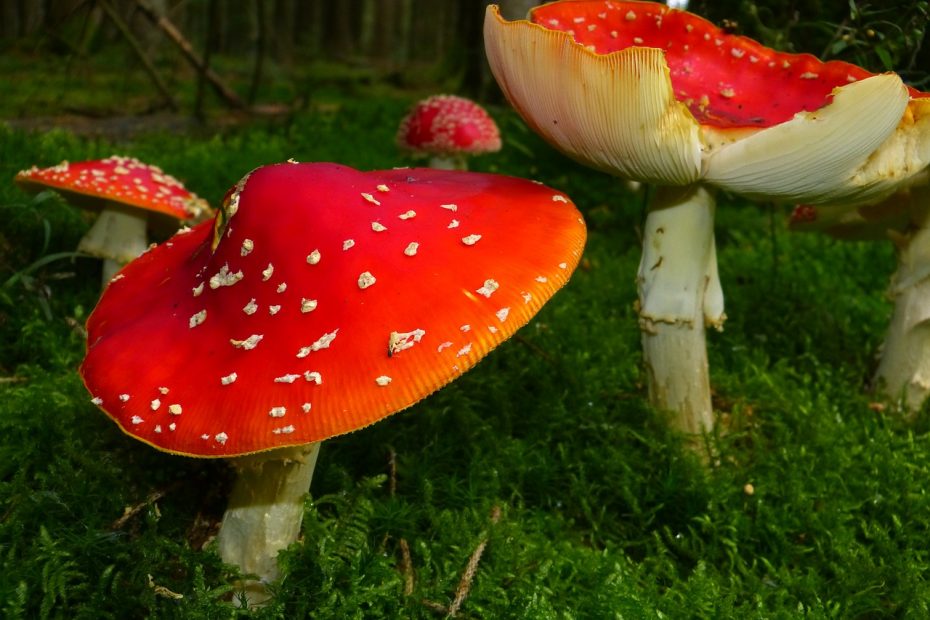 Last fall I was wandering through Clingendael Park to enjoy the fungi season on one of the few warm sunny days. I walked on a thick carpet of brown leaves and took pictures with my phone here and there. I was trying to register the amount and diversity of fungi it was possible to see around. There were people more ready than me to catch up with the beauty of nature: big cameras, tripods, and lights. I knew, at that moment, that fungi were a serious matter in this country.

While I was enjoying myself taking some unprofessional photos, a little old lady showed up almost in front of me. She asked me something in Dutch that I barely understood, and quickly, of course, she turned to English. She was wondering if I could get some photos of the most evasive fungi of the country: Fly Agaric, the red one with white spots. I learned just there about the existence of that kind of mushroom, one of the fairy tales. I hadn’t seen any of them. The little lady, all wrapped in a big pink coat, told me that maybe I would be able to see some next to the park’s Japanese garden. She went away as mysteriously as she arrived, and I headed to the garden. Maybe I would be lucky to see some Fly Agaric in the wild.

Fungi kingdom and its scientific story

Mushrooms are more than a species that only pops up once a year. In fact, these beautiful small umbrellas growing in gardens and forests are the only visible part of mushrooms. It is the fruit. Underground, the mycelium -the root-like branches- develops itself away from human sight. There, it can live years without any activity above the ground.

Fungi are very important for the ecosystem. They are “reducers” because of their task of decomposing plant material to ensure nutrients for the soil. Some of them are very useful for trees’ health, too. They live in symbiosis; the little fellow protects the tree from heavy metals and pathogens. In the last years, mushrooms have driven the attention of the scientific community, striving to know more about this extraordinary kingdom. The world of fungi is vast. Just mention that researchers identified around 100 thousand mushrooms worldwide. Furthermore, are countless the number of species still out there waiting to be found.

Enjoy the fungi season in the Netherlands

In the Netherlands about seven new species appear every month, according to the finding made by volunteers that registered their job at the website of the Dutch Mycological Association (NMV). This organization was founded in 1908 and is one of the oldest nature organizations in the Netherlands. It does a great job to increase the knowledge of mycology, spreading interest in this species and contributing to nature and landscape protection. People interested in fungi both in a professional and amateur approach are part of the institution.

Aware of the big contribution that people can make to get a better knowledge of fungi’s universe, the NMV with other institutions named this year the Year of the Fly Agaric. They officially launched the year in September, along with the fall season.

The main objective is to collaborate on mapping the distribution of this iconic and famous mushroom around the country.  This nice and unmistakable fungus is pretty much known to everybody, so anyone can participate in this search. The Fly Agaric was tracked before, in 1990 and 2000. Those observations allowed researchers to have a great picture of where this specie grow. The result of this third counting will make it possible to know the location and the health of the mushrooms.

How to enjoy the fungi season: Explore and win!

Besides the exploration, the event adds a challenge: find the biggest Fly Agaric. In 2012 people found the largest one near Antwerp, Belgium. It had a hat width of 23 cm. The competition has started! To participate is necessary to take a picture of the mushroom with a ruler and register the observations. Throughout the Waarneming.nl app it is possible to document any Fly Agaric observation and point to the location. All data will be useful to better protect the mushroom and their environment.

This kind of fungi not only grows in the forest. They also live on roadsides with trees and in parks. They always are next to trees, usually a Birch, Oak, Beech, Pine, or Spruce.  If you are ready to head to the Fly Agaric hunt, note that this mushroom can be toxic when eaten in big amounts. However, looking around to take a picture or even touch it doesn’t harm.

Join the journey to the world of mushrooms!

Appreciate mushroom shapes and colors, maybe it is a better idea than collecting them to eat. In the Netherlands is possible to find eatable mushrooms. However, it is necessary a good knowledge of them because there are poisonous ones. According to the National Poisons Information Center (NVIC) every year about twenty people are poisoned by eating them. Moreover, the Staatsbosbeheer, a government organization that protects the forests advises that the pick is at your own risk. Furthermore, you can only collect about 250 grams each time and it is a theft to pick up more. Also, you shouldn’t damage the areas where you want to harvest the mushroom. In some places, the municipalities fully forbid harvesting. Need more information? Write an email to Vliegenzwam@myclogen.nl.

So, better join the NMW wave and fascinate with the Fly Agaric’s small spots and shining hat. Sandy soils in the middle, south and east of the country and the dunes are the best places to spot them. Who knows it will be an addition to your list of outdoor activities for your children, too. Good luck!

Josefina is from Argentina and moved into The Netherlands last year. She works as a scientific writer and has worked as a producer for TV broadcasts, documentary films, and podcasts. Josefina is a Ph.D. Anthropology student, focusing on visual anthropology. She enjoys going everywhere by bike, yoga, and sunshine.