Delft mama of the week: Tatjana 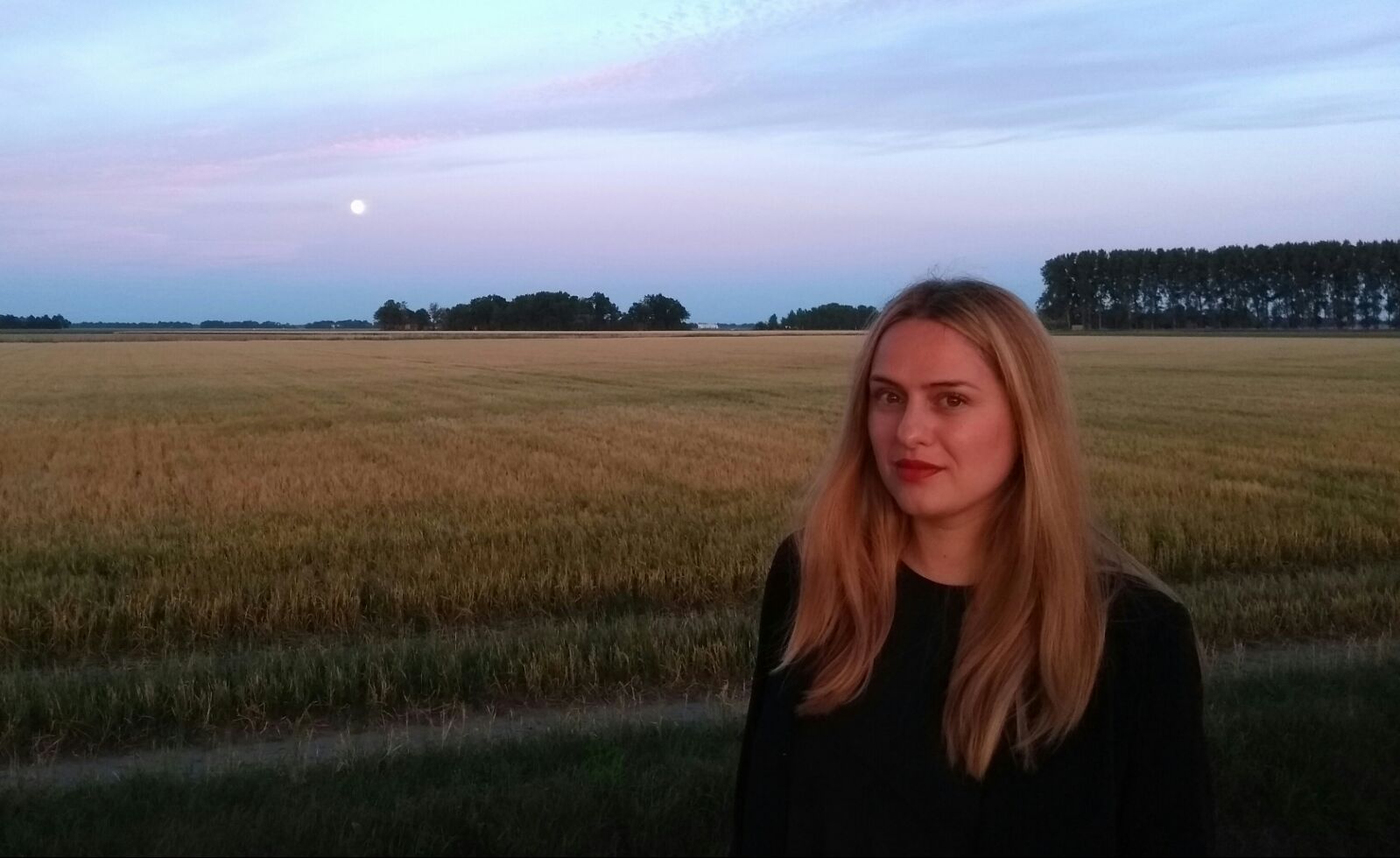 The day I met Tatjana was full of rain, clouds and gray – a typically glum Dutch scene. As I walked to our meeting, the clouds abated, and rays of sunlight shimmered on the rainy surfaces to make Delft’s canals even more picturesque. Tatjana’s warm smile welcomed me for a cup of coffee and the day seemed to take on a new light. At risk of sounding trite, I could easily compare Tatjana to the lovely sunshine on that August evening. She is an open, warm and optimistic person, who brings out the best in her surroundings and attracts people to spend more time in her radiant glow.

Tatjana’s sunny personality, though, is not the result of a golden childhood or easy lot in life. Indeed, our Delft Mama of the week has weathered many storms over the years. Born in Yugoslavia, Tatjana’s first years were spent under a communist regime. As the Cold War ended, Yugoslavia imploded. In the war that ensued, Tatjana’s family had to flee the Serbian army that invaded their hometown in Croatia. As Tatjana recounts, “ when I was 11 years old, my home town, Petrinja, was destroyed. We lost our home, and my father only managed to save two photo albums before we fled. We were refugees for four years.”

Life as a refugee entailed not only this initial loss but also the strain of constant moving. According to Tatjana, “I moved almost every year to a new place and would have to change schools. As a kid you are trying to look at everything in a positive way. You start going to a new school and meet new friends, which is nice, but when you are constantly forced to move and start all over again, you feel that enough is enough.”

The family also suffered financial difficulties, as her father, a Croat, was often the sole breadwinner. Tatjana’s mom is Serb, and her mother was not trusted and often discriminated against in finding work in Croatia. Tatjana told me, though, that “once people actually interact with my mother, their views change. At one hospital where she worked, as a Serb, she was initially an undesired employee. However, her colleagues cried over her leaving several years later.”

Despite these early experiences of the ugly side of human nature, or perhaps showing wisdom beyond her years in confronting these difficulties, Tatjana became a strong, positive, and, curious young lady. She studied political science in Zagreb and worked all sorts of jobs before and after graduating. Eventually she became a journalist working for some of the most significant media in her country.

After an early life already full of more than enough moves, Tatjana faced a challenging situation when a long-distance relationship with her now-husband, Eelco, become more serious. “When I first started dating him, the idea of moving from Croatia was not too appealing. After we decided that we really wanted to be together, though, it was logical that I come to the Netherlands.”

Moving to Delft almost perfectly corresponded with another big change in Tatjana’s life: she left her challenging and hectic life as journalist to become a stay at home mother. Tatjana and her husband welcomed a baby girl, Hannah, three months after her arrival in Delft. They see the experience as an adventure, and Tatjana seems refreshingly calm and relaxed about motherhood, relying on intuition rather than books or forums. She even recounted to me how on her most recent trip to Croatia, her friends voted her the least changed among the group since motherhood. She has kept her glow, but like most mothers looks forward to the days when she will have more free time to pursue her varied interests and talents including making clothing, photographing, going to concerts, exhibitions, theatre, reading, sports…

Tatjana is clearly enjoying her life in the Netherlands; “I am so happy that I actually came to live in Delft because I think it’s a perfect location. It is very close to the coast, and I take every opportunity I can to go to the beach. I also love being close to Rotterdam, which is my favorite Dutch city because it’s different from all the others; it’s really modern and a harbor city with an international feel.”

Tatjana had some local friends and acquaintances when she arrived in the Netherlands, and she was initially suspicious of what Delft MaMa could offer her. “I had heard about these international mamas meeting, but I thought it was a weird idea to become friends with people if the only thing we have in common is that we all have babies. I had joined the Delft MaMa Facebook group, though, and saw that a lot of interesting things were going on. This January, I thought maybe I should try to do something, and I started taking my daughter to playgroup.”

Tatjana has since become an active volunteer for Delft MaMa, heading the King’s Day Sale in April and frequently opening the playgroup. She has also met many new and interesting international moms, who she is building friendships with based upon shared interests. Now that she has received her official authorization to work, she is also on the lookout for new opportunities and new ways to contribute. She wants find a position that is “something very meaningful and will hopefully help people. I am now at this turning point, and I still have to decide which new path to take and which career is best for me.” I am absolutely certain that the path ahead will be bright and that the community will be enriched with Tatjana’s contribution.