Delft mama of the week: Olga

Ever since I started writing about the moms of the week for Delft MaMa blog, I’ve been asking those who I interview to nominate other mothers to be the next moms of the week. The list is ever-growing, but sometimes someone is nominated multiple times and it’s time to get to know them better. This is exactly the case with our mom of the week, Olga, who has been nominated by others who look up to her every now and again.

Although Olga lives in Rijswijk these days, she’s one of the Delft MaMa pioneers. She joined the playgroup that used to gather at St. Olofspark back in the day. Olga joined after she got someone call the police on her, so her journey so far has been not only long, but a noteworthy one as well. “I reached out and it was fantastic. It’s all the support you get. If you have a problem, you know someone who may know the answer, or at least they might know someone who knows the answer,” Olga says.

She’s sitting across the table from me in Bagels & Beans on the Markt, which she chose for us to meet. Olga orders macha latte, a very trendy drink indeed. “It’s Japanese green tea powder,” she clarifies while sipping her healthy looking drink.

Olga was born in Poland, but partly grew up in Germany. Her parents spoke several languages to her in her youth and when Olga did Erasmus exchange program in Hamburg, she met her German now husband, Nikolai. His studies took him to Winnipeg, Canada, where Olga followed, just to try her wings since given the chance. She loved her time in Canada, although she spent that time working in telemarketing and customer service, which is ironic because Olga has always found talking on the phone difficult. In the end she’s glad she did it, as it gave her a yet broader perspective of the world around her. After the year in Canada, the couple moved back to Germany, where their first-born, Klara (8), was born and soon enough the family settled in Delft. In the years to follow Klara got company from her little sister, Julia (6), and little brother, Markian (4).

By the time they settled down, Olga had lived on two continents, four countries and countless addresses. It’s no wonder when figuring out her national identity, Olga found it very natural to refer to herself as a European Mama for her blog.

Having studied German in the University, she wasn’t exactly sure what was in the future for her. Before she started blogging, she thought blogging was for people who mainly wrote about themselves. Little did she know there already was a whole community out there with similar feelings and experiences to her. Accidentally, she tumbled into blogging and over the years found her audience growing. “What I don’t understand about blogging is that everyone tells you to find your niche and stick to it. After a while I get bored about a subject,” Olga says.

Even with blogging, Olga has been following her own intuition and has been writing about what she gets inspired about. Currently she’s responsible for one major parenting newsletter and writing paid articles about various subjects, ranging from motherhood to tech. She’s also working on publishing her grandfather’s text about his experiences. “It’s his story in a holocaust. He lived in Ukraine, but moved to Warsaw when situation was getting tough there and they thought it would be safer in Poland. They got caught in Warsaw uprising and his first wife died. I was thinking what would have happened if she survived. I wouldn’t be here. I think I owe her my life in a way,” Olga says and struggles finding the words about what she means to her.

Personally, I’ve known Olga since 2011, and every time I meet her, she leaves me with more questions than what I had in mind before meeting up with her. Even though this time I came to her with a bunch of questions, when our time together is up, she still manages to intrigue my curiosity to the point that this expectation is yet again met. 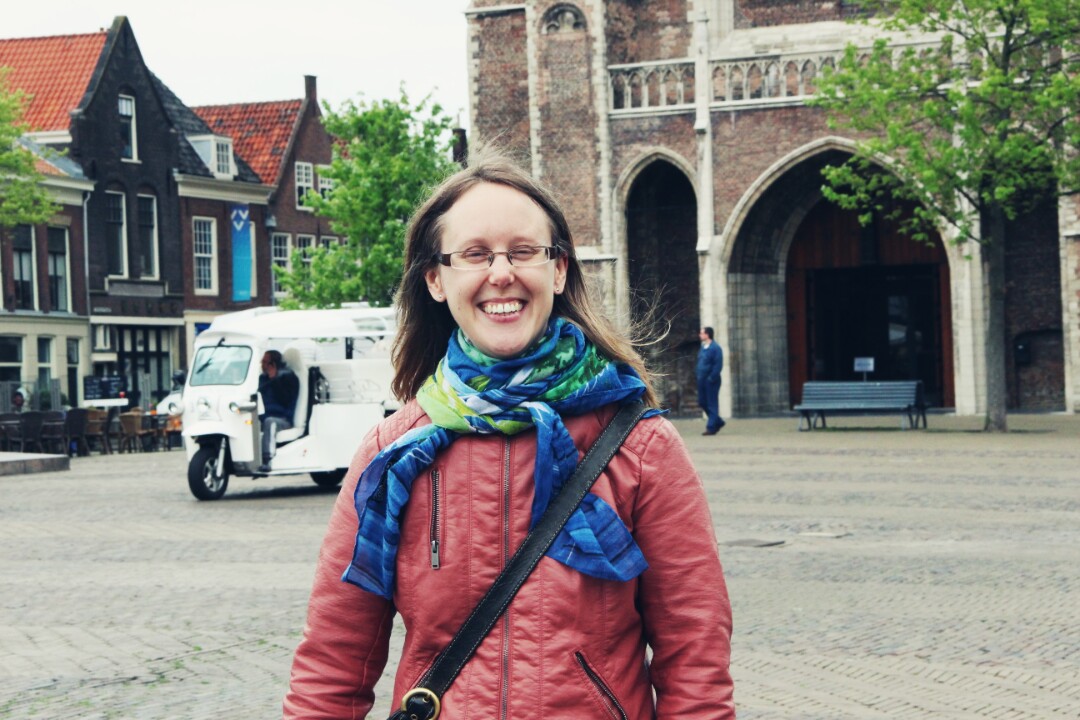