Delft Mama of the week: Milena 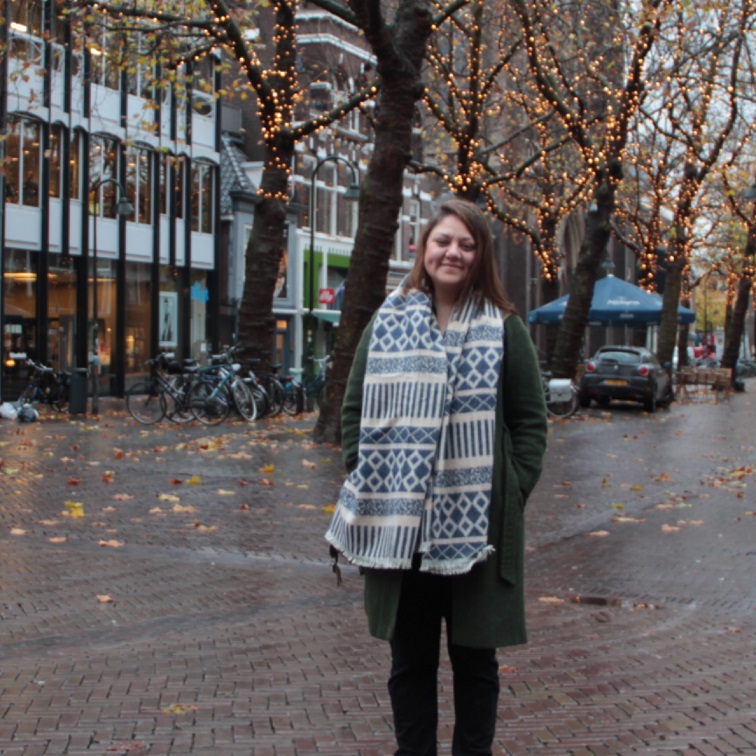 We have just arrived at Jans on Brabantse Turfmarkt and our mom of the week, Milena, and I sit down in a corner table for the interview. She makes me forget my natural awkwardness immediately and I enjoy listening to her sing-song type of voice. Her eyes light up throughout the interview, but especially when she speaks about the things closest to her heart, her husband Misa and their daughters Lola (8) and Nina (2,5). “We are privileged to have them. It’s a cliché, but I never knew a love like this before. However, when Lola was born, I had this feeling that if you were to give me another child, I’d say “Great!” There wasn’t the instant connection everyone was talking about. I felt good, but not ecstatic”, Milena says. The feeling gradually grew and within a week she finally had established a level of connection that made her feel emotionally secure. For the next years she found herself overcompensating for this. After two years with the support of her psychologist friend, Milena consciously made the decision of letting go of the guilt in order to start the healing process. She found out it’s very natural to have these feelings and over the years she managed to get to the point where she now feels it’s important to talk about this even if it helps only one person.

Milena and Misa come from Macedonia and they arrived to the Netherlands together 18 years ago to study architecture. Now, half a lifetime later, they have made Delft their home and they see their future here. Ever since becoming a mother Milena had to give up her hectic work as an architect, but has found many ways of utilizing her talents and nurturing future interests as well. She is the mom who first reached out on the DMM Facebook group to arrange a circle of mothers to babysit each other’s children. She is the mother who then created a concept called Business, work and kids.

Because of Business, Work and Kids, Milena was constantly bouncing between the Delft municipality, and the daycare and after a year and a half of hard work, she managed to do something that will hopefully benefit future parents: “I want mothers to have the benefits of putting their children in the daycare with the same benefits as putting them in the peuterspeelzaal that has the VVE* indication. This would mean that the parents will only pay a small fee just like with peuterspeelzaal, but they will also get a place where they can work in the vicinity of the children at the daycare”, Milena explains. Mothers would be able to put their children to part-time daycare from six months on contrary to the two years of starting age at the peuterspeelzaal. This would give the mothers the flexibility many yearn for when their children are small. The system would help mothers to remain working or return to work much easier. The daycare already has the necessary training and qualifications for the VVE. The only thing holding it back is the legislation and changing that is where the challenge lies. Thanks to Milena and those supporting her petition, this question will be put on for debate within the Delft council, but only starting in 2018. “For now we aren’t eligible for this, but future moms hopefully will be. I will continue trying to do something for mompreneurs, because I strongly believe it’s needed. This is the way for the community to thrive”, she says.

Milena strikes me as one of those people that not only sees a lot of potential around them in people and places, but also manages to grab chances when they are presenting themselves to her. In 2010 she saw that around the area where she resides a new project called the Creative Street was being born. The idea was to put shops, ateliers and other creative spaces together. Like many people, Milena applied for it and was asked to make a presentation of her idea. She did just that and was rewarded with working space for her idea called Atelier Zoet. “I had never made a cake in my life”, Milena says laughing and continues: “It was a lot of researching, home schooling and countless amounts of trial and error. I burned my fingers from the sugar so many times and destroyed so much chocolate.” She has shown me pictures of her cakes and it’s clear she has background in architecture. Her cakes are simply unique masterpieces.

Now the time with Atelier Zoet is more or less behind her, but the lessons learned Milena is taking with her. Because her atelier was subsidized, she needed to give back to the community, so Milena started making sweets with local kids and bringing them with the children to elderly houses. She tells me that the kids learned about traditional values this way. It was a nice project that showed her the potential of social projects in general. Back in 2012 it gave Milena an idea and with a little bit of talking she got a response from 300 elementary school children that would want to participate in the project. Four years later the first goal is to have about 100 children from all walks of life to work together. “The intention is to let kids see through each other’s eyes. It’s important to start this project with children when they are still discovering themselves. These school kids work together with children from refugee camps and youth centers in the area of Poptahof. The children will get to visit homes and see how people live here and from this to figure out what kind of an environment and services the residents need”, Milena sums it up. In order to make it happen, the kids need to learn about teamwork, how to listen to each other, how their lives are different from each other, but most of all what they all have in common, which surely is more than most of us realize.

The project is called “Pay it Forward” and years of planning of redesigning Poptahof is culminating soon. On the 30th of April 2017 Milena is taking part in the first national Pay it Forward -day and she’s aiming to make it big: after the children are done with the design, Milena is going to be building a massive 2 x 3 meters replica of it – wait for it – in chocolate. This chocolate city will be presented on that April day. Taking part of this project each child is committing themselves to paying it forward by doing any random act of kindness.

You can see how Milena is bursting with ideas and she seems to be full of energy. I’m not surprised she already has so many successes behind her. There are more projects she would love to initiate, but she also knows her limits. Currently Pay it Forward is taking her attention, but in the future Milena is already planning to get all Delft MaMa businesses together and do a presentation day. “Delft has a very strong expat community and we can really help small businesses. A lot of our moms are doing something interesting. Why not just bring them together! There is so much potential around us”, Milena says.

Milena is an excellent talking partner. She’s straightforward, sincere and she sees tangible ideas all around her. She’s the type of a person who arrived to the Netherlands and spent the first six months just learning the language. She’s the type of a person who requested to meet with the Mayor of Delft, and is going to be cooking dinner for her next year. In the end I take one valuable lesson in my heart from this whole conversation today and that is the value of empathy. Milena knows how to bring that up in others and that, ladies and gents, is an incredible talent.

The next Mom of the Week will be featured on 9th of December.