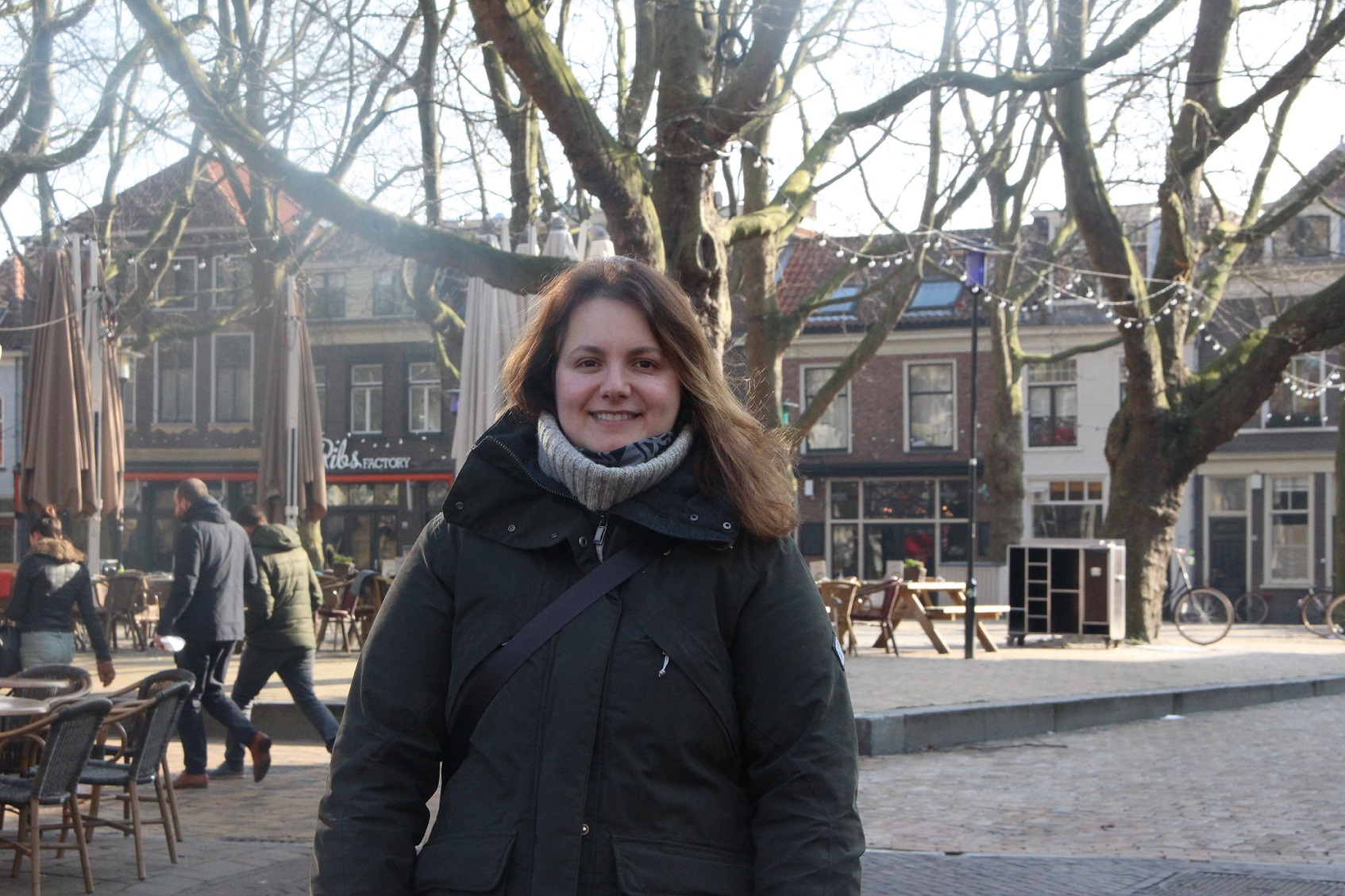 If you aren’t a native English speaker like myself, when you first start talking to Masha you’ll most likely think you’re talking with someone from North America. But after a while she might say something about Russia and you just have to ask, and that’s exactly what I did.

The first 18,5 years of her life our mom of the week grew up in Tomsk in the Russian Siberia. She chuckles about telling people she comes from Siberia, but she says the winters were cold, but the summers were hot, too. Masha moved to Vermont in the United States on the brink of adulthood following her big sister and to continue medical science studies there. Another 18,5 years later Masha, her American husband Ryan and their children Alice (5,5) and her 1,5-year-old little brother, Sasha, packed up their two dogs and belongings and moved to Delft.

The family wanted to move to anywhere in the EU, but their friends in Breda got them interested in the Netherlands. In the end the choice was narrowed down to Delft and Leiden. One of the reasons the family chose Delft in the end was no other than the existence of such a thriving and functional parenting community. “Delft MaMa made it feel like this is the place to go”, Masha says.

She has been attending some of the DMM activities ever since the first week after the touchdown. Masha got involved with the Facebook group even before moving here, but only met her first moms at events such as high tea and DelftMaMa Cinema Club. “One of the moms got me a ticket to the movies, although she didn’t even know me”, Masha explains with gratitude in her voice.

Because Masha works from home these days, her schedule allows her to meet up with other moms and toddlers whenever she feels she can squeeze it in. She tells me the best thing about being a mother in the Netherlands is to have more time for her family, as moving here meant being able to cut down a lot of extra responsibilities. Now Masha only has to manage herself at work, which makes her working life easier compared to the past.

Although Masha travels a lot for work, the family is constantly planning trips together to various different European countries. Their next vacation will be in (hopefully sunny) Lisbon. Masha has a bucket list for traveling and for places she wants to visit. “I love art and I want to visit more museums. Recently I’ve been reading a lot about my favorite artists of which many are less known Russians or Americans”, Masha says and explains that because of her chemistry background, she finds style and technique more fascinating than anything else. When I ask her what her favorite art style is, she says without hesitation:“Photography! I used to do photography and I’ve done a lot of imaging for work in microscopy level. There is a darkroom photo printing technique called liquid light where you apply the film on the paper and your printed photo looks much more like a painting.”

For now, family, work, dogs and traveling are pretty much filling up the days of this incredibly hard-working, intelligent and efficient lady. When I ask about their plans of staying in Delft, she says jokingly “maybe for the next 18,5 years! I’m very slowly making my way to the Caribbean.” Masha ends up the conversation with the same humorous note she’s had on throughout our talk together: “when I retire I should be south enough to end up there.”