Delft Mama of the week: América 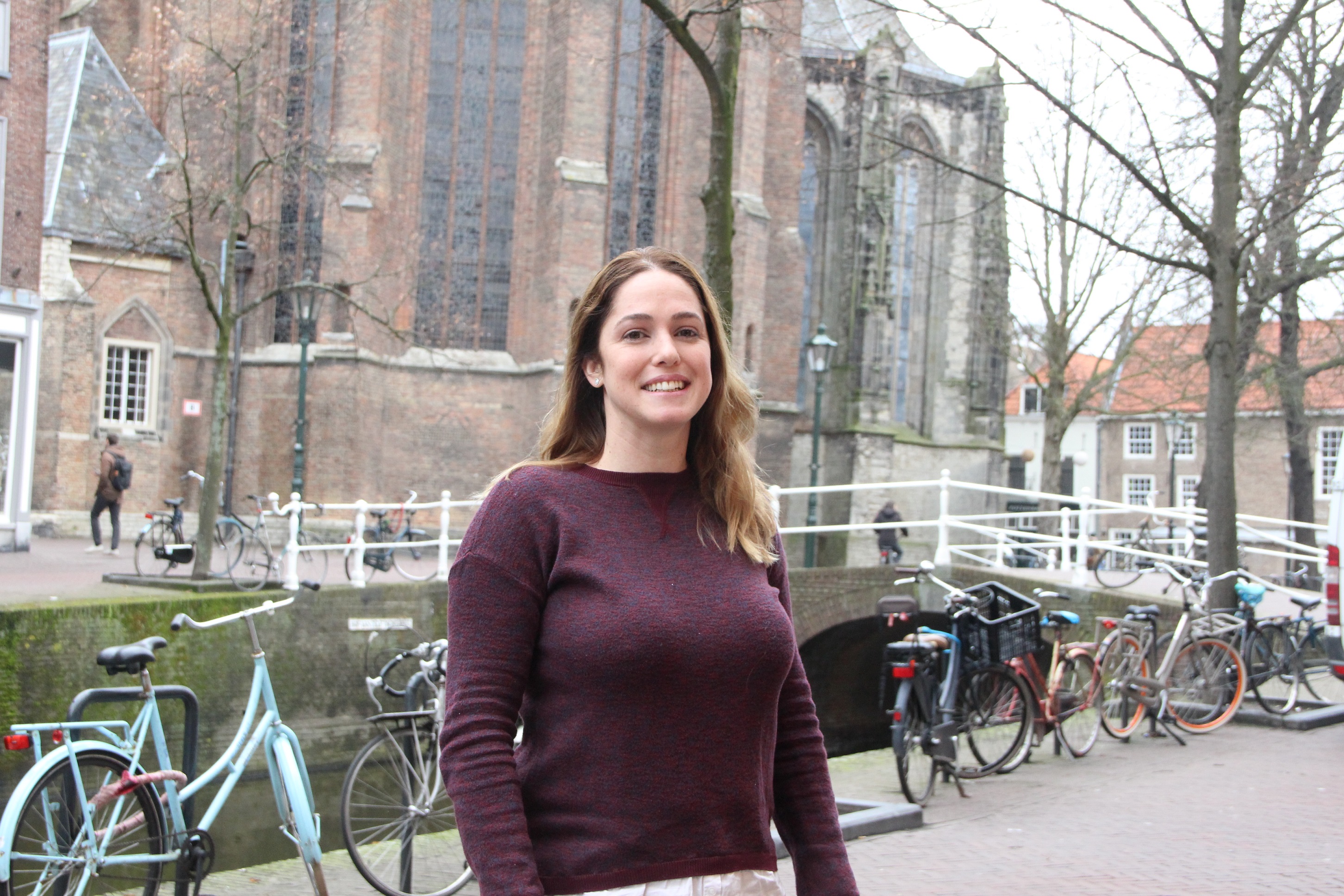 She has a delicate voice, but a lot of power behind her words. She talks about politics, her enthusiastic boys, her upcoming wedding and about her love for running. You might have hard time guessing this elegant lady used to be a lead singer of a punk band and loved skateboarding and judo, but the fire and passion that has seemingly always resided in her becomes clear quite fast. And she’s our mom of the week, América.

Brazilian América met her Dutch soon-to-be husband Robert at a wedding of a Brazilian and Dutch couple. Two years later she found herself living in Delft and starting a family. At eight weeks of pregnancy the couple went to see the midwife for a sonogram. “Oh, I see something”, said the midwife and paused for a second. América and Robert both saw it on the screen; their wishes had been answered – twice. At first América got worried, because she had no immediate family around her, but eventually got used to the idea. Identical twins Sven and 16 minutes younger Thomas were born some 28 weeks after the first sonogram in 2014.

I ask América the question she probably has answered a thousand times by now: have you always been sure which one is which? “I was worried about it when we got home from the hospital, because they had been wearing the bracelet tags all along. My kraamzorgster helped me a lot though. She said “now let’s take a good look at them, you’re their mother” and ever since I’ve known which one is which”, América says. Now it even seems funny to her she could have ever felt confused in the beginning, because as identical as the boys may be, there is a big difference in them in her trained eyes. To make it easier for everyone else around, the parents dress the boys differently and gives them different haircuts too.

Our mom of the week fills her days with her boys by mapping the over 200 playgrounds in Delft (yes, you read that amount correctly) and soon she’ll start blogging for DMM, too. Alone with two toddlers, going out to a playground became a challenge, so she started making notes about her favorite ones. “I started to look for playgrounds that were closed with a fence, small and that didn’t have huge climbing racks”, she says. América was open at the consultatiebureau about the challenges going outdoors with her fast twin boys and to her aid, the consultatiebureau offered a volunteer grandma through their Home Starter program. América, Sven and Thomas have been enjoying the company of their Dutch grandma for half a year now for three hours a week. She speaks Dutch, helps América with things she needs the support in, but respects her ways of raising the children. “You’ll tell what kind of help you need. In the beginning she would not interfere, but now I ask her advice and she helps me. The volunteers respect your parenting and are there for the support”, América explains. The boys are very strong-willed and as a mother, América needs to be very strict and consequent with them. “By becoming a mom, I found out I’m really strong”, she rejoices.

América has a background in communication design and a vast interest in photography, handicrafts and history. She got her degree in Germany and stayed there for over a decade before returning back to Brazil only to find out she had hard time adapting back to her native land. Brazil had changed and so had América. Life with Robert took her to Delft and the years in the Netherlands have been good for them. However, in the upcoming summer the family is packing up their belongings and moving to Oman in the Middle East for a duration of a job contract. América tells me moving there means the couple needs to get married, fast I might add. When they found out about the need for a marriage certificate in order to move there as a family, Robert scheduled a babysitter for the boys, took América to Paris and properly proposed to her in a place that holds a lot of meaning to the couple. She smiles the entire time she talks about her family or her upcoming wedding, even though it has been one busy schedule trying to make it all happen. Her dress will be mint green, which is also the color for celebration in Oman according to our bride. And the wedding date? No other than Valentine’s Day!

After the wedding, the planning and packing will start. The family will be living in a compound with around 200 other families, but América is already looking forward to Oman outside the neighborhood. “In the beginning I was a little worried about moving to Oman, but then I started to learn about it and now I’m really excited about moving there”, she tells and continues explaining how she’s looking forward to the hot weather and maxi dresses, the outdoors, sand, camels and beaches, but most of all learning Arabic. “It’s a chance to learn it and get new influence of other ways of living. It’s good to open up the horizons”, she smilingly adds. Seeing how América takes up on a challenge and turns even the simplest things into something educational, useful or beautiful, I can’t wait to talk to her once she returns to Delft, a little over three years from now…