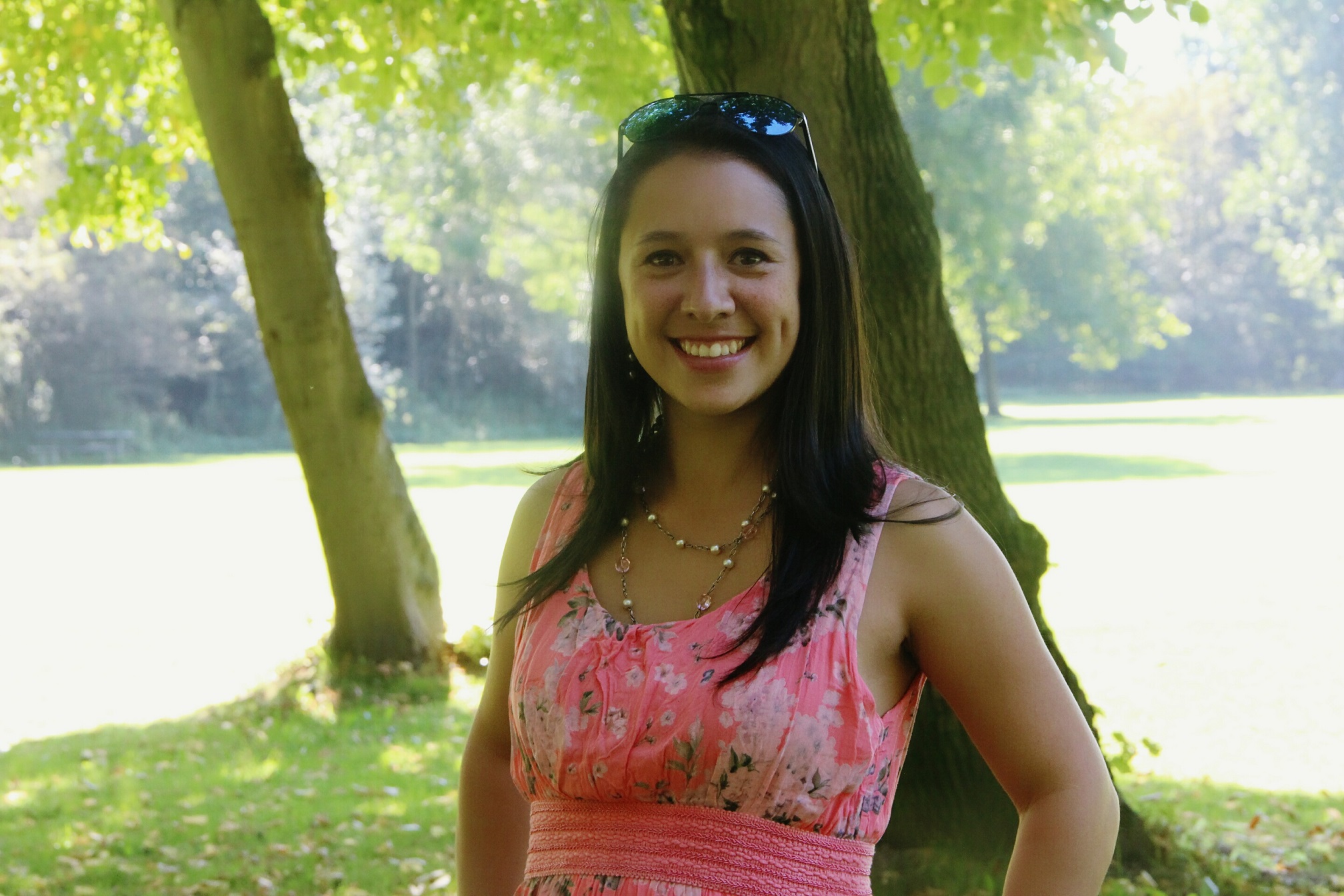 Sandra and her husband Nicola met over seven years ago when they were both fresh international students at the TU Delft. With a background in Computer Science, she made her masters in Management of Technology and is currently fully embracing motherhood with their three-year-old son Gerardo and a nine-month-old daughter Minerva. Sandra joined the Delft MaMa community when Gerardo was about half a year old but she wishes she had joined earlier. “The first few months of being a mom were really overwhelming. All the time I saw mothers on the streets with ‘omas’ around and thought I couldn’t have that being away from both families. When I joined Delft MaMa it made things easier”, Sandra says. The community made her feel welcome, but it also helped to get to know individual mothers who previously had been in the same exact position. Once she met with mothers who have gone through different phases with their children, it dissipated Sandra’s fears. She tells how her sister is about to become a mother for the second time in a city of five million people, but hasn’t managed to find a community of mothers where she would feel like home. “With DMM community you are sure you share the fact that you are an expat and you are raising children here, or maybe you are Dutch, but you are raising your children in an international way. It makes it easier for you to find people with the same ideals and goals”, Sandra joyfully says.

Once her son got older and yearned for other children around him, Sandra started volunteering for the DMM by helping to keep the playgroup doors open, and in January 2016 Sandra created her own Delft MaMa subgroup Crafting Delft Mamas born out of her own passion of doing things with her hands. Sandra loves to knit and crochet, but the group is aimed for anyone who feels the need to sit down and finish a project. “It’s anything you’d like to do. At some point one of our moms brought her computer and sorted out her pictures. Another mom made a bathcape for her daughter and some mothers joined for the fun of talking. It’s really an excuse to get together once a week. On September 26th we will start up again after the summer holidays”, clarifies Sandra about her initiative.

Sandra has a life long interest in arts and crafts as she took upon painting ceramics at the age of 11 after having to give up her semi-professional gymnastics career. Up till that point all Sandra had known was sports, training a minimum of four hours a day after school and on Saturdays. All of a sudden she was left with a lot of free time. She had been practicing for seven years and had become so good that she was about to join the Mexican national team when her doctor got worried about her height. “I was 13 years old and I was 1 meter 40 centimeters tall. My doctor realized I actually had stopped growing, so I had to go through a two-year long treatment with daily injections. It gave me an extra 15 centimeters. It was worth it, but it was a very difficult phase in my life.” She wasn’t allowed to do any sports during treatment and initially didn’t like the change at all, but once Sandra grew up, she realized she was happy to have experienced a normal adolescence.

Until she was 15, Sandra attended a Catholic school and was brought up in a religious environment. “The priests at school wanted us to do a lot of extra curricular activities. In a country like Mexico you want your children to have a lot of activities, because the more time they spend in their hobbies, the less likely it is for them to fall into a bad path”, she adds. Sandra had a steady childhood and once she grew up and moved abroad, she realized she was missing the feeling of community that growing up had always given her. It took Sandra and her husband seven months after arriving in Delft to find a church that did services in English, but eventually they found the International Student Chaplaincy Delft and have never looked back. The ISC Delft is a multi international student church that was founded 30 years ago for people to find a community. The church is Ecumenical, which means there are people from different Christian denominations. According to Sandra the services don’t follow the normal Roman Catholic Church structure, because of the diversity of people who attend, but she prefers it this way. “Everyone’s different from you, but at the same time they’re the same”, Sandra explains and tells the masses are held in English, but the songs – which are her favorite part of the mass – are in different languages, such as Swahili, Portuguese, Indonesian, and everyone will sing along. Her children also love going to the church, as for them it’s time to play. “It’s a really nice, healthy community. The sermon is always about how to cope with not being at home or how to help each other; it’s focused on internationals here and it’s the reason we joined.”

Sandra has always been religious and believed in God. She talks with respect about faith and the bigger picture. “We are here as travelers, but it doesn’t end there. If you have faith, it helps you keep on going with an optimistic way of living. It has helped me to overcome very difficult parts of my life. When I lost my brother last year, faith was the only thing that kept me going. You see everyone else happy and not going through what you’re experiencing. Then you realize what happened wasn’t something random and he didn’t just disappear. For me he is still somewhere and knowing that helps a lot”, Sandra says. To her every cloud has a silver lining, even though at times it can be challenging or nearly impossible to understand. I mean to ask her if everything happens for a reason, but she says the exact same sentence at the exact same time and continues explaining how sometimes only after years you’ll understand the reason to something you didn’t wish to experience in the first place. Even though Sandra has ambitions to help the world in larger ways, she still thinks people in general should try to help people around themselves. “Delft MaMa is currently very active with the refugees and I think that is really making a difference. Even if you touch only a few people or families, you are doing something, and then those people are paying it forward to someone else. It’s a chain of love that goes around. You have to start small.”

2 thoughts on “Delft Mama of the week: Sandra”