Delft Mama of the week: Rachelle 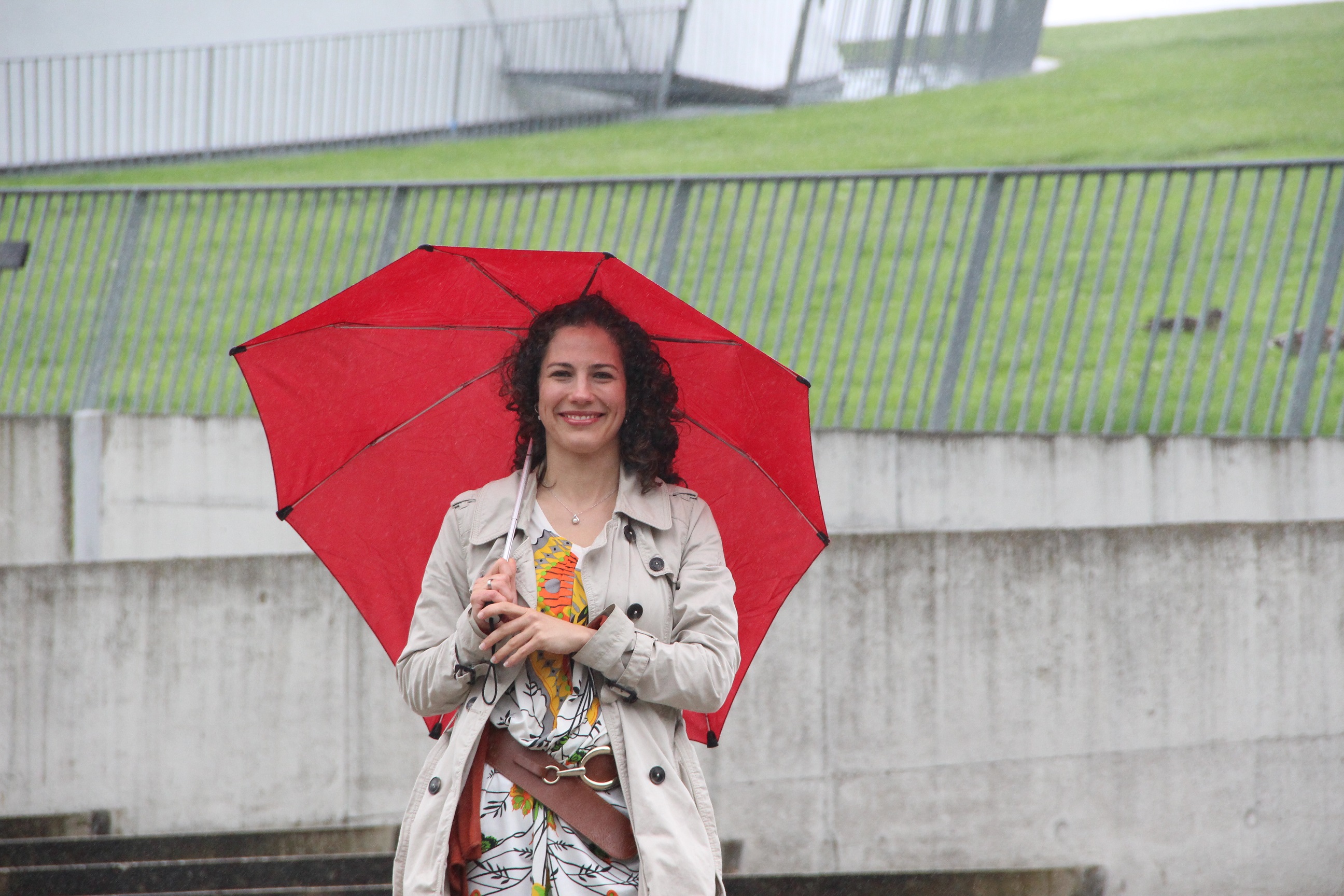 I asked to meet with Rachelle, because we have known each other for a year and a half, thanks to playgroup, and because she has been writing the most interesting things on Facebook lately. Recently Rachelle went on a retreat for the second time and came back updating her status about all the things that make her happy. To me it seemed as if she was undergoing what I called “a happiness challenge”, but instead of only talking about happiness, we had a long interview during which she talked openly about her personal grief, growth and depression. Listening to her wisdom, I realized seeing the happiness posts on Facebook were her yang, but it all came from her yin. “That’s the thing about depressions that people don’t realize: when you’re depressed, you usually stay at home and the days you feel better, you go outside. Nobody knows there’s something going on underneath the surface. People just don’t see it. I’ve been very open about this, because I think people should be more open about depression.”

Rachelle grew up in Suriname with her parents and her younger sister and had a very carefree youth until one vacation changed her life forever. “I was ten years old when my dad and my sister passed away in a car accident. We were on a holiday in the Netherlands. I was also in the car during the accident, but somehow I was unharmed. That changed my outlook on life.” When Rachelle first realized things were not going well she thought she was only having a post-traumatic stress syndrome from this life-changing event in her youth.

In March 2011 Rachelle and her husband got married and the newlyweds decided it was time for children. Having worked 50-hour-weeks, Rachelle took a break from work and decided to stay at home when little Amara was born. When she was only a nine-month-old, Rachelle was expecting again and Omar was born soon after. Rachelle went to work part-time when Omar was only 3 months old and the combination of being a part-time working mother of two little ones, breastfeeding, being a wife of an entrepreneur and a daughter far from her mother, stretched Rachelle more than she could stretch and made her long for a relaxing holiday at “grandma’s”. The family traveled to Suriname with hopes of getting the rest especially Rachelle was counting down to. To make matters worse, she returned from the holiday even more exhausted than when she left. “I came back, my eyes were permanently swollen and I thought I just had a bad allergic reaction, but I still didn’t realize it at the time that I was just exhausted. It was July and somewhere around September or October I realized I wasn’t recovering. I was taking a lot of rest, but I was never rested. After a very long and frustrating search I finally found help and realized I was in a fairly severe depression. The toughest part was to accept it. I was always afraid to be depressed, but in the end it was the best thing that happened to me. I finally found a therapist in Breda. It took about six months to fully recover, but I kind of still remember the first day when I actually felt something again. I realized how much I had been missing out on. I was totally numb when I was depressed. I couldn’t feel anything. I couldn’t feel real happiness. I could express it, but I couldn’t really feel it. There’s sort of fog on top of your feelings. You can laugh at a joke, but you don’t laugh from the heart.”

One of the pillars of helping Rachelle accepting herself and letting her do things at her own pace has been practicing yoga at Living Yoga in Delft. Her instructor was organizing retreats for her students and invited Rachelle along. She had always wanted to go on a retreat and felt it was a proper reward for getting through the depression. “I was feeling very good back then. That retreat changed my life. It was kind of like an inauguration of coming back to life. I got a new outlook on life. I learned a lot about accepting myself for who I was. Therapy was the perfect preparation to get the most out of this week. The retreat really helped me a lot. I went there to find my goal in life, and during one of the last days I suddenly realized my only goal is to be happy with myself. It doesn’t matter where you are, what you do or what happens to you, if you’re happy with yourself. You’re the only person you’re gonna be with for the rest of your life. You’re sure of that. The rest of your life is unsure. I know things can change from one minute to the next, but if you’re happy with yourself, you’ll survive. It doesn’t mean you won’t have grief, won’t be unhappy for a while, but you’ll be okay. That was my biggest insight there. Another insight was that I wanted to do things slower. I didn’t feel the need to prove to people that I was worth it. I had a lot of trouble with the fact that I wasn’t working. That was difficult for me to deal with: I have a fairly good education, I have a good set of brains and I always felt I wasn’t living up to my potential. Then I realized  living up to my potential according to who? I need to live up to my potential according to me. My potential does not have to do with how much I can achieve in life, it has to do with how much happiness I can bring to myself and to people around me, and that’s how I went to the whole happiness thing. So to say, even in my depression there’s happiness. My life has always been like that. When my father and sister passed away, it was very sad, but it also changed me for the better: it made me appreciate life a lot more, it made me look at people a lot more. Now I’m going through another depression, but it’s actually going pretty well. I feel I failed myself that I didn’t recognize it in time, but my therapist told me you can’t always prevent a depression. What you can affect is how early you recognize it and start treating it. Recovery is a lot easier the sooner you accept it, because you get help earlier. It’s not necessarily over sooner, but it’s a lot easier to get through it when you get help. Nowadays I also try to be nicer to myself. When I hear me criticizing myself, I try to take a step back and gain some perspective – that usually helps, just looking at the bigger picture. Sometimes when a negative thought arises, it also helps to think of what’d you say if your friend was telling you that she’s thinking that of herself. What would you tell her? And then tell it to yourself. We often are much nicer to other people than we are to ourselves. Going through my depression was very difficult, but it was the best thing that happened to me, since it made me finally realize that for me life is about finding happiness within.”

I focus on my breath

I take a look inside

I focus on my breath,

I have nowhere to hide

The calm air fills my lungs

And floats away with ease

I smile towards myself

And all the weights release

rewards me as I breathe

Being in the moment

With no one else but me