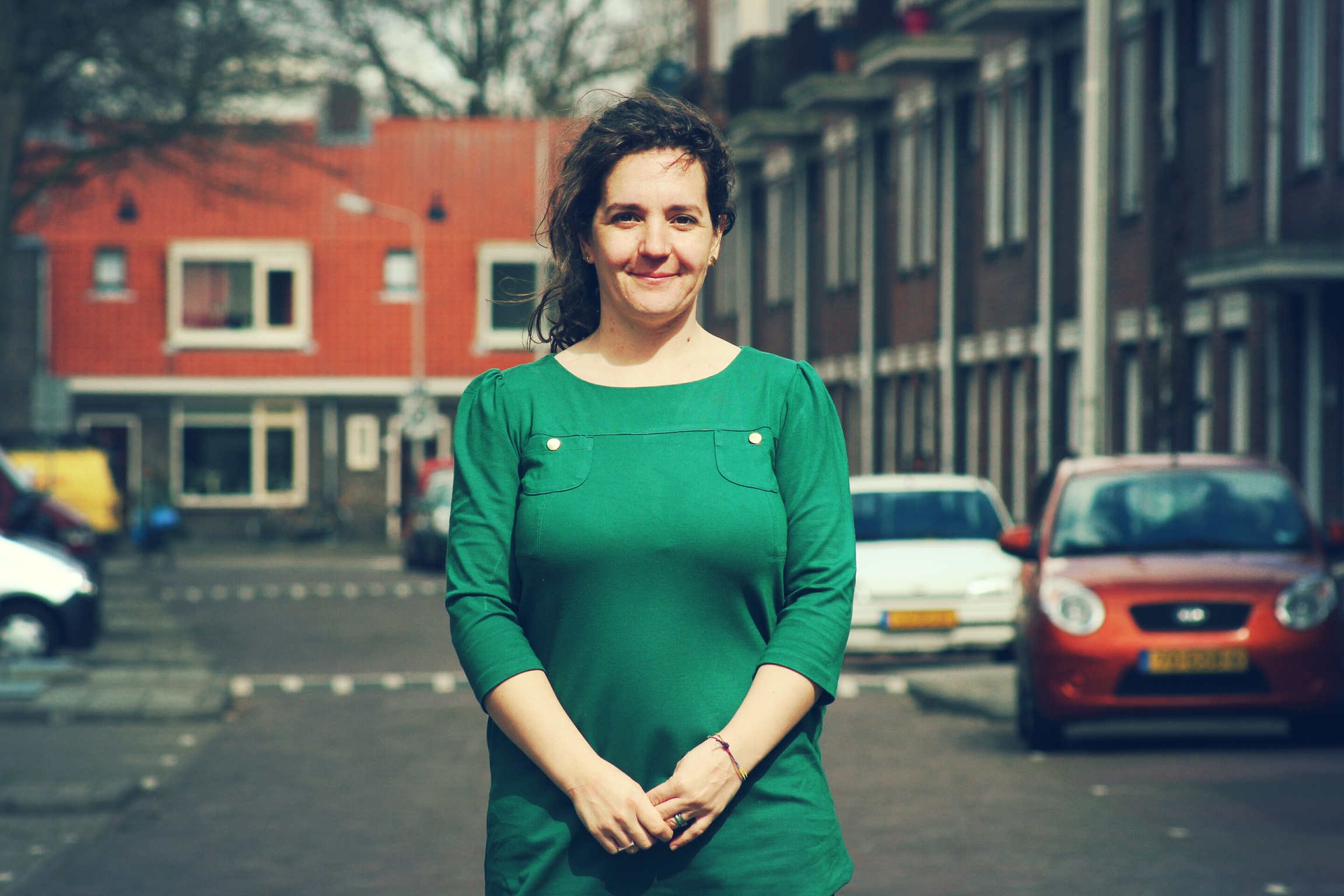 Delft Mama of the week, Agnès, is for the second time on the blog spotlight after her love story with her partner was published last April. Their son, Max, was born in Delft, but Agnès believes that motherhood would have changed her tempo even if they lived somewhere else. “I’m going at half a speed of what I used to. I used to be always on schedule, because I was working and I had an extensive social life in Barcelona where I come from. I had my family there, so most Sundays we had the Sunday roast at my grandparents place. I was always squeezing a lot of things to one. When we moved to Delft, suddenly I had an empty diary. I have been able to fill that agenda with different stuff of my interest, like the Indian Film Festival in the Hague that I am going to take part in the coordination of. But I’m also taking less commitments. I do like to have a slower tempo.”

Agnès and her partner have recently become homeowners in Delft. They have purchased a house without any third parties, handling everything by themselves and the help of their families. Despite settling in, Agnès feels it’s important to be able to keep the door open for opportunities especially in the media and documentary movie business she is involved in for about 10 years.  Her movie, El Somni, was recently screened at the Pathé Tuschinski theater in Amsterdam. “We just bought a house here, but no strings attached. If there is an attractive new project for me to be part of, even if it’s outside the Dutch borders, even if it takes me say a few weeks a month out of the country, I’m going to take it. I’m still involved in the movie business. I’m very close to my old team. They keep on working a lot and I’ve missed the last movies they have made but I know that, if I want to, the chance is there for me to hook back. Ideally in the near future I’ll see myself working again in fine arts. A combination of corporate and creative job would be fantastic. I believe current and social affairs are really my thing, so I love making documentaries, because the stories are real and so are the people you get to work with. There was an opportunity for me to move to fiction, but I really thought it was not my thing. Every day I come up with different ideas for documentaries. I would love to make a documentary about Delft. I think it would be from the history point of view first, and then getting the people in. I do believe cities are made by the people that lived and live in it, nothing heavy or dramatic. I am a bit Monty Pythonesque, I tempt to always look on the bright side of life.”

Looking from an outsider’s perspective one of her best abilities might be that Agnès can get inspired by pretty much about anything. “Anything can trigger my imagination: if it’s got letters in it, I can get inspired by it. I can get inspired by a traffic sign, a cloud that’s got a funny shape, by Max doing something, by the foam of the beer if it would have a smiley face. It’s just the things I see.” After being the playgroup coordinator, responsible for opening and closing it sometimes, too, Agnès was briefly involved in the Delft MaMa SLiDe project. She deliberately shed most of her responsibilities and is currently only volunteering here and there by a much smaller volume, so that she is able to concentrate on the Delft MaMa blog and especially on employing herself. “Since Max started with the peuterspeelzaal and I had time for myself, I wanted to employ myself, because I would love to have a structured job and get back to feeling like I’m a professional person besides being a mother. That’s quite important for me and I’ve decided I shall pursue it. I also had the feeling that one year and a half was time enough volunteering. I’m very happy and I would not change it for anything in the world. Delft MaMa gave me a lot. It’s a give and take. It’s very fair and pleasant to be there for the newcomers, because they are going to need leaders, but eventually they will be leaders themselves.”

Next mom of the week will be published on 12th of August.

4 thoughts on “Delft Mama of the week: Agnès”